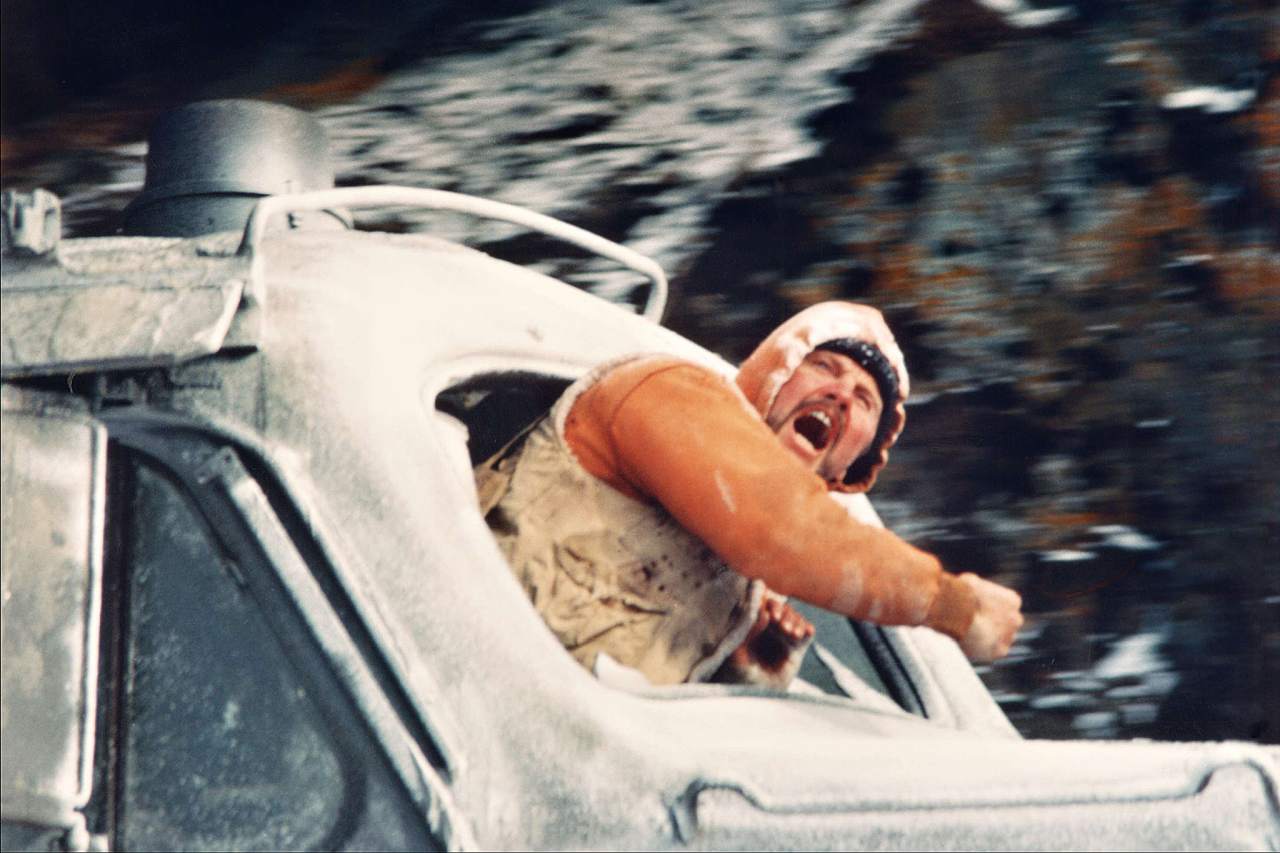 Runaway Train is a film out of control. At its best, it is a cold and brutal depiction of life in a maximum security prison; at its worst, it is a bungled parable on the futility of escape.

Escape for hardened criminals Manny (Jon Voight) and Buck (Eric Roberts) means an elusive shot at freedom, but Russian director Andrei Konchalovsky ( Siberiade , Maria’s Lovers ) tries to instill their quest with deeper significance. He seems bent on driving home his parallel vision of a society out of control, and neither the script nor the actors fare well under the weight of his noble intentions.

Two convicts escape from a prison situated in the snowy desolated Alaska. After a taxing cross-country walk n a swim across a freezing river, the two fellas board an empty train but their joy is interrupted when the old driver falls off due to heart attack and the train accelerates. – Imdb.com 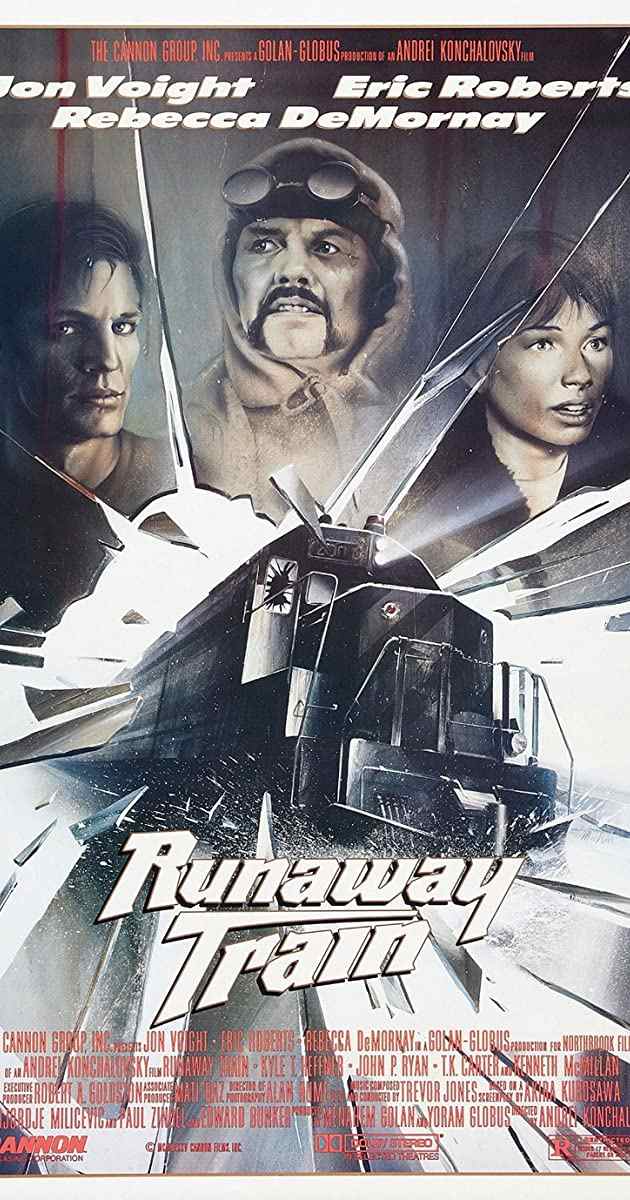 At the film’s epicenter is the massive, haunting figure of a runaway train thundering through the Alaskan mountain wilderness. Manny and Buck, through a rather incredible chain of events, find themselves aboard the screaming metal monster after just escaping their prison cells. At first they believe they’ve secured their freedom, but slowly begin to realize that there is no engineer at the controls, that they have exchanged one set of bonds for another, and that they are helplessly alone.

Helpless, yes; alone, no. There is, it turns out, a third passenger aboard: Sara (Rebecca DeMornay), a railroad worker who was aboard the train when it first rolled free of the rail yard. She is the rational counterbalance to the insanity of Manny and Buck.

Though filmed in color, Runaway Train looks for all intents and purposes like a black and white feature. The train is a speeding black bullet against the pristine white of the Alaskan snow. Dark trees and naked rocks rush endlessly past us, and everything else seems a pale shade of gray. The only notable exception comes in an excruciatingly painful scene where Manny’s hand is crushed between train coupling. The wash of blood, filmed with a rather detached nonchalance, draws a sharp contrast to the untouched snow of the surrounding landscape and jolts the viewer out of the dull depression brought on by the rest of the picture.

The script – by Djordje Milecevic, Paul Zindel, Edward Bunker, and god only knows who else – was based on an earlier screenplay by the great Japanese filmmaker Akira Kurosawa ( Seven Samurai and Ran ). Unfortunately, something has been lost in the translation. Or maybe a lot of somethings. Whenever this many writers get their hands on a screenplay, trouble can’t be far behind. Kurosawa’s vision has been swallowed by the committee and spit back out in and unrecognizable form, resulting in an overbearing pretentiousness and laughable dialog.

The acting doesn’t help matters any. Jon Voight, an Academy award-winner best known for his powerful roles in Midnight Cowboy and Coming Home , struggles with his dialog throughout and is forced to utter such schlock lines as, “What doesn’t kill me makes me stronger.” He overacts the part, but his forced histrionics are subtle understatements compared to the theatrics of Eric Roberts, who drew popular and critical raves for his psychopathic role in Star 80 , can’t seem to control himself here. He dances across the screen in a fidgety mass of nervous mannerisms embarrassingly reminiscent of his turn in the pope of greenwich village. Roberts wouldn’t know subtext if it bit him. The manic energy that worked so well in Star 80 is hard to take seriously here.

Forget Voight’s Best Actor nomination for this film; forget Roberts’ Best Supporting nomination as well. The former is a fluke based largely on the respect garnered by past performances; the latter is beyond comprehension.

Rebecca DeMornay, nearly unrecognizable from her previous roles in Risky Business and The Slugger’s Wife , is more than competent as the scruffy bystander caught up in circumstances beyond her control. Keneth McMillan ( Ragtime , Dune ) is also very good in a small role, as the railroad boss desperately trying to avert disaster.

If director Konchalovsky does not quite manage to bring al these elements together into a coherent whole – and he does – he does know how to tighten the thumbscrews, sustaining and building suspense throughout. Herein lies the film’s strength. Each frame of Runaway Train packs more tension than most thrillers can boast of in their wholeety.