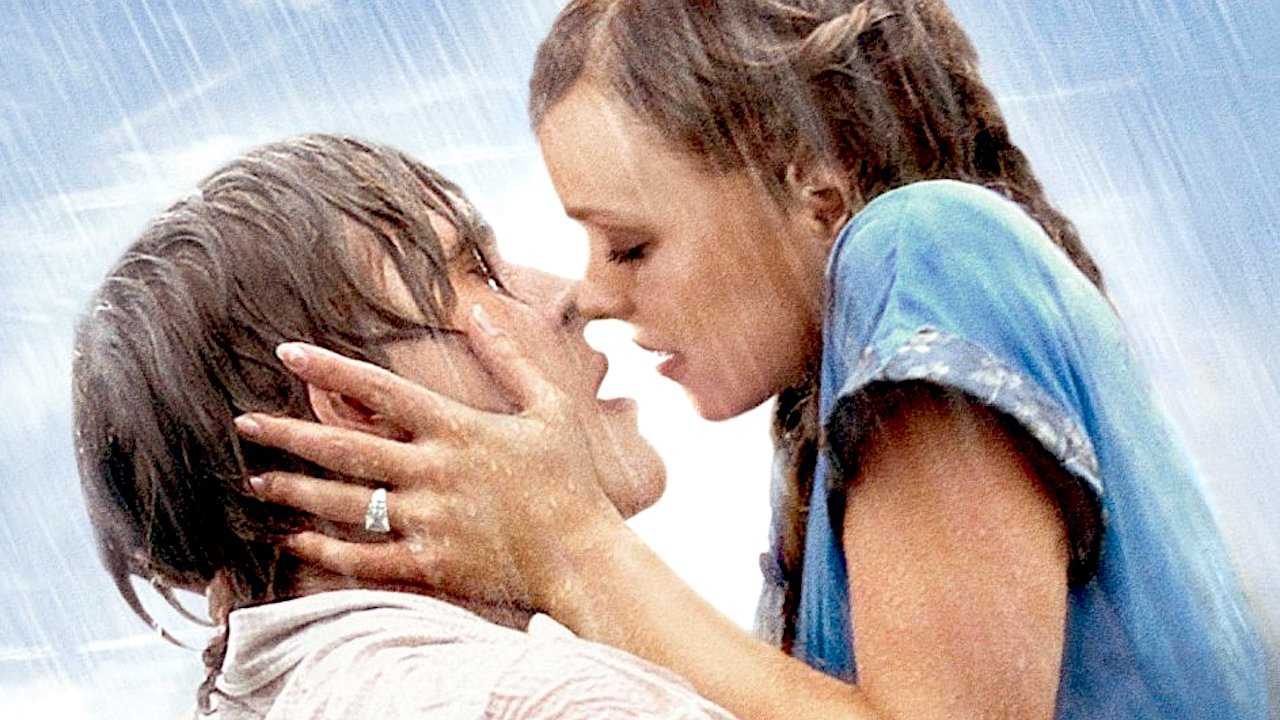 Adapted to screen from the Nicholas Sparks novel of the same name, The Notebook is one of the best romantic dramas to hit the big screen in decades.

Garnering high marks from a wide-range of critics, The Notebook is a funny and emotional film which deals with love, relationships, and the risks people take. James Garner turns in a notable performance as the elder man, Duke, who reads the pages of his notebook to dying nursing home resident Allie (Gena Rowlands). Overall, this is a classic “chick flick” with a dramatic twist. Set in the World War II era, The Notebook is a great film …

In a nursing home, resident Duke reads a romance story to an old woman who has senile dementia with memory loss. In the late 1930s, wealthy seventeen year-old Allie Hamilton is spending summer vacation in Seabrook. Local worker Noah Calhoun meets Allie at a carnival and they soon fall in love with each other. One day, Noah brings Allie to an ancient house that he dreams of buying and restoring and they attempt to make love but get interrupted by their friend. Allie’s parents do not approve of their romance since Noah belongs to another social class, and they move to New York with her. Noah writes 365 letters (A Year) to Allie, but her mother Anne Hamilton does not deliver them to her daughter. Three years later, the United States joins the World War II and Noah and his best friend Fin enlist in the army, and Allie works as an army nurse. She meets injured soldier Lon Hammond in the hospital. After the war, they meet each other again going on dates and then, Lon, who is wealthy and handsome, proposes. Meanwhile Noah buys and restores the old house and many people want to buy it. When Allie accidentally sees the photo of Noah and his house in a newspaper, she feels divided between her first love and her commitment with Lon. Meanwhile Duke stops reading to the old lady since his children are visiting him in the nursing home. – Imdb.com

Duke (James Garner) regularly reads from the pages of a notebook to an older woman in a nursing home. Suffering from Alzheimer‘s disease, her memories of the parts which he’s read in the past appears and disappears without order, but Duke continues to read to her because of their deep and enduring friendship. 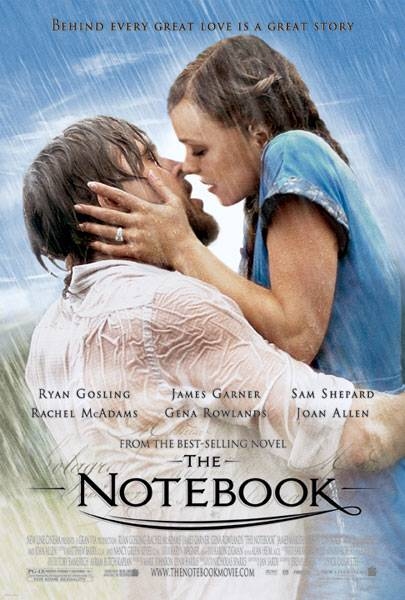 The notebook’s story centers around the lives of a teenage boy and girl who meet at a carnival in the late-1930s. At first, Allie Hamilton does not know what to think of Noah Calhoun, but she soon gives into his insistence that they go out on a date. When Noah and Allie fall deeply in love, Allie’s parents try to break up the couple. The Hamiltons are rich, and Noah and his father are from the poor side of town. Nevertheless, Allie and Noah are determined to be together.

When World War II breaks out, Noah is sent into conflict. He writes numerous letters to his love, but they go unanswered because Allie’s parents are hiding the letters as well as her replies to Noah. After several years apart, Allie becomes engaged to successful businessman. But after reading a newspaper article regarding Noah’s restoration of a historic home he once promised her, she decides to go visit him.

Allie’s visit with Noah turns both their worlds upside down when they learn the truth about the letters. Now, Allie must choose between the fiancée she truly loves and the man who is her real true love …

Actor Ryan Gosling is entertaining and likeable in his portrayal of the young and energetic Noah Calhoun. The Notebook as a film is better served by featuring his superb talents. Likewise, up-and-coming actress Rachel McAdams is brilliant in her role as Allie. The emotions of her young romance are clearly conveyed by a natural and instinctive penchant for delivering her lines in just the right way. Call it onscreen charisma or whatever, but McAdams is one to look out for in the future.

In short, The Notebook is as good a film as it is as a book. Few books translate onto the big screen as well as they read in print, so the Notebook is to be heralded for its ability to do so. Charming and easy to like, the film glorifies the romance of a young couple who find true love – a love that lasts forever. Well-produced and featuring some amazing shots of natural locations, The Notebook ranks as a definite must-see film. Do yourself a favor and go see it today …