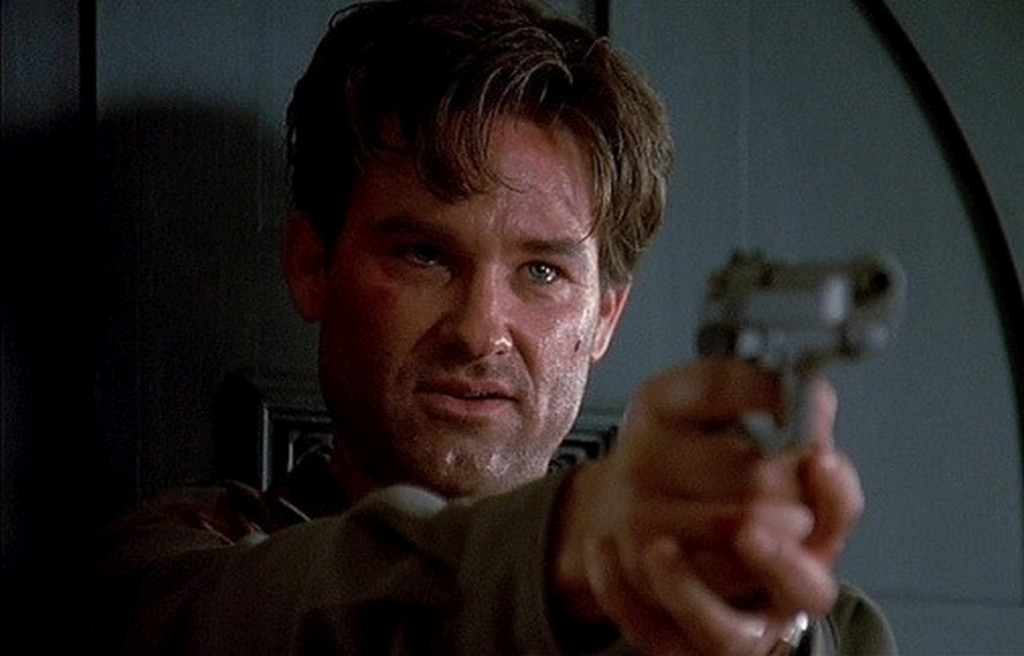 A rich couple in Los Angeles, Michael and Karen Carr (Kurt Russell and Madeleine Stowe) befriend a cop, Pete (Ray Liotta) after a break-in by a criminal who tried to rape Karen. The seemingly innocent Pete buffs up their home security system. During a conversation with his new friend Pete, Michael expresses interest in getting revenge on the criminal who attacked his wife.

Happily married Michael and Karen Carr call the police after a failed robbery in their Los Angeles home. Before long, Officer Pete Davis arrives and helps arrange the installation of a new security system, taking extra interest in the couple’s case. As a result, the grateful Carrs invite Pete over for dinner, and as one thing leads to another, they strike up an unexpected friendship. However, as the lonely policeman develops an intense fixation on the Carrs, Pete’s take on friendship turns into a dangerous obsession. What happens when the cure is worse than the disease? – Imdb.com

Pete takes Michael on a ride-along with him into the seedy and dangerous neighborhoods of Los Angeles that he patrols at night. He gives Michael the opportunity to get his revenge on the intruder who broke into his house the other night.

After dropping off his partner, Roy Cole (Roger E. Mosley), Pete offers Michael his nightstick to use on the intruder who broke in the night before when they corner him.

The more civilized man that Michael is, ends up declining Pete’s offer of revenge. Michael becomes aware that Pete isn’t well in the head when he brutally beats the intruder in front of him. 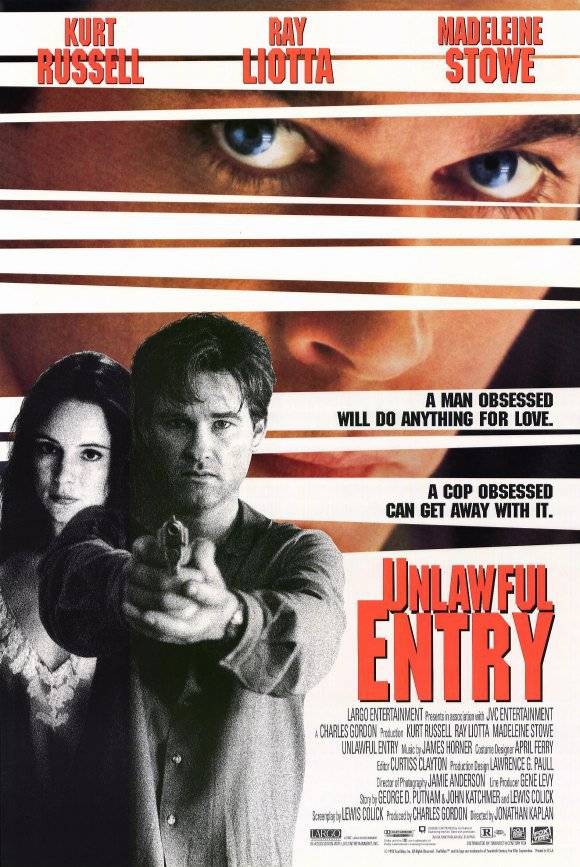 Michael is deeply disturbed by Pete’s vicious display of violence and tells him to stay away from him and his wife, Karen. Pete has other plans instead and begins stalking the couple, particularly Karen whom he has set his obsessive eyes on.

Michael becomes really aware of how serious this matter is when Pete shows up in his bedroom one night when he is having sex with Karen. Michael files a complaint against Pete at the Los Angeles Police Department.

He turns to Roy Cole for assistance, when the Police Department is skeptical and offers not much help. Officer Cole confronts his partner Pete while jogging in the hills.

He orders him to back off from the couple and get some therapy or he will report him to their superiors and get him suspended. While on patrol at night with Pete, Roy Cole is murdered by his own partner while they’re trying to arrest a drug dealer.

Pete covers up the evidence and blames it on the drug dealer who he also kills. Pete is now free to wreck havoc in Michael’s life some more which involves him framing Michael for cocaine possession.

Michael is put away in jail as his attorney works to get him out. Meanwhile, back at the couple’s home, Pete makes his intentions for Karen known and his advances are swiftly rejected. Pete becomes enraged and attempts to rape her.

Michael gets out on bail when he uses his attorneys finances and arrives just in time at his home to save his wife. Now back at the house, Michael engages Pete in a vicious brawl.

Unlawful Entry is an underrated gem of a movie. The performances by Kurt Russell, Madeline Stowe, and most especially Ray Liotta are top notch. The film is a really great crime thriller and also gives good insight into what jealousy and sexual related obsessions can do to a person’s mind.

Unlawful Entry is driven by a very powerful performance by Ray Liotta, who I actually first saw in this film rather than Goodfellas (1990). He gives one of the best performances of a corrupt psychotic cop in cinema history.

At first he is very subtle with the Pete character as he comes across as a really nice guy who is lonely and longs for a normal life with a lovely woman.

You gradually begin to see how scary and psychotic he is with his powerful facial expressions and his natural imposing physical presence as he oversteps his boundaries with the couple.

Ray Liotta plays the part very realistically and does not look like he is exerting much effort to do it. One scene that highlights Pete as being a nightmare of a man is when he is having sex with a prostitute (Ruby Salazar) in a nasty dangerous neighborhood at night.

He quickly shows his disgust towards her and the fact that he has to resort to these methods in order to find some fulfillment in life. The prostitute realizes in fear that this man is disturbed when he verbally abuses her and kicks her out of his police car.

Ray Liotta makes one of the best scary faces and he is very menacing with his piercing blue eyes. This film’s plot has been seen before, albeit it is shown in this one in a very effective manner.

Kurt Russell is also great with his performance and is intense as his life begins to unravel when Pete starts perpetrating things like getting him in trouble over credit card fraud and parking tickets.

Madeline Stowe is a very beautiful woman and it’s no surprise why Pete would want her. The intensity of the confrontations between Kurt Russell and Ray Liotta’s characters are performed brilliantly. The two actors displayed great chemistry together and their brawl at the end of Unlawful Entry is very realistically shot.

The nasty neighborhoods that were shot in Los Angeles for Unlawful Entry are really an unpleasant sight. Ray Liotta was nominated for an MTV Movie Award in 1993 for his portrayal of Pete. Some breasts shot nudity is on display in Unlawful Entry and also some profanity.

By the end of the film you are going to be cheering for the nice guy that Kurt Russell plays as Pete sinks to his lowest. The ending also makes you wonder if the couple ever recovered.