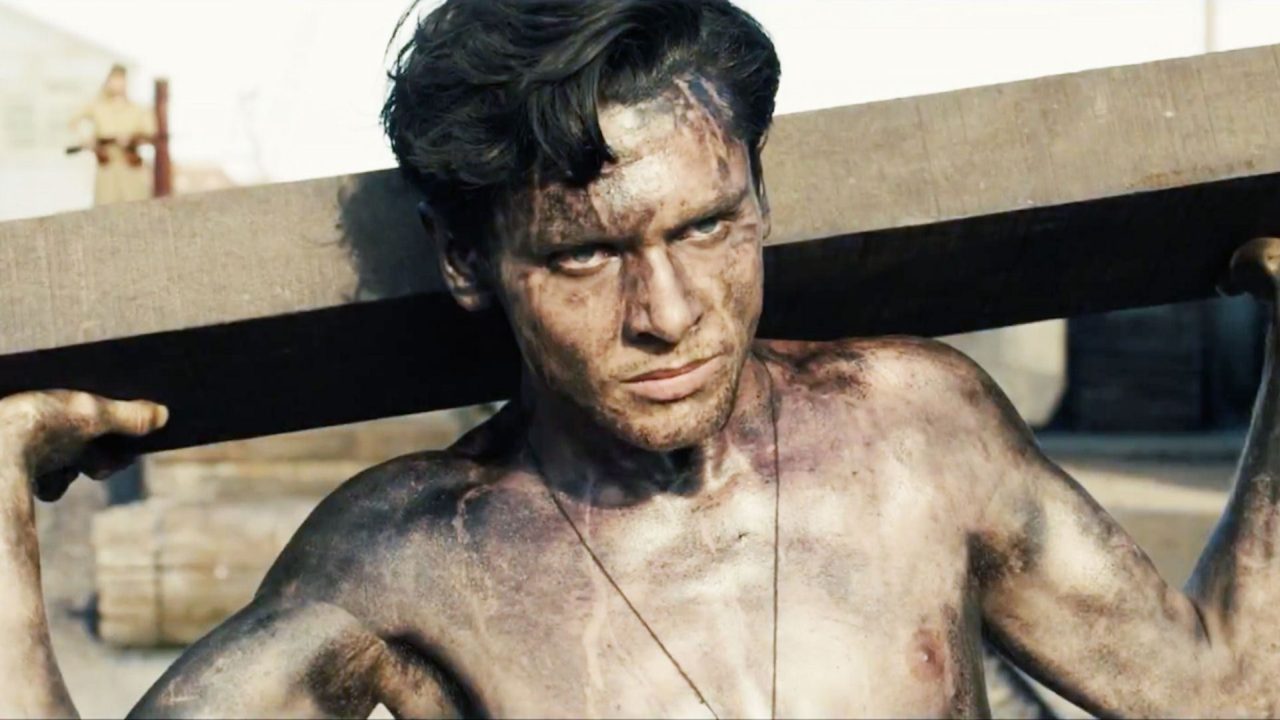 I didn’t watch the first “Unbroken” movie because I am sensitive to violence on-screen. I did watch the second one because I knew the focus of it. I just closed my eyes when I thought there might be clips of violence from his previous tormentor.

When Louis came home, he married and his wife had a baby. Jobs were scarce. Because he had been away at war, Loius did not get to finish college. As struggles with nightmares began, he coped by drinking alcohol which did help with finding a job.

The life of Louis Zamperini, an Olympic athlete who joined the armed forces during the second world war. Only to be captured by the Japanese navy after a plane crash in the Pacific. During his capture, Louie must continue his fight by surviving through the war. – Imdb.com

Loius’ wife considered divorce out of fear for her child’s welfare and her own stress caused by his behavior. She began attending church and asked him to attend the Billy Graham crusade. He accepted Christ, stopped drinking and started a program for boys.

Before attending the crusade, Loius was plagued with nightmares of the guard who tortured him. He didn’t feel like he could tell anyone about them. These were the days before we knew much of post traumatic stress disorder. Today, we know more about it. Even so, sometimes spouses feel helpless.

At one time, Louis would liked to have seen revenge but later forgave his captors. “The Bird” was never punished for his war crimes. It was uplifting to see Loius return to Japan to offer words of forgiveness and encouragement to guards he found.

We would hope none of us would be capable of torturing another human being but these men came from a country that dictated to them how to think. They were required to serve in their military and followed orders. Some were broken men, husbands, fathers, sons and brothers just like ours.

Just like in the movie “Chariots of Fire”, the audience does not get to hear the rest of the story, the part where the person follows Christ and changes the lives of those around them.

I hope I never live to experience war first-hand but know there are those who face it every day. I hope to learn more about how to help and find a way to show Christ’s love even to those who don’t believe in him.

I’m so glad we got to see how the story ended. No matter what your story is, it’s not over yet. You have a chance to turn things around for good. You are not forgotten. I will still give my pledge of allegiance to our flag even when others don’t. People died for our freedom.