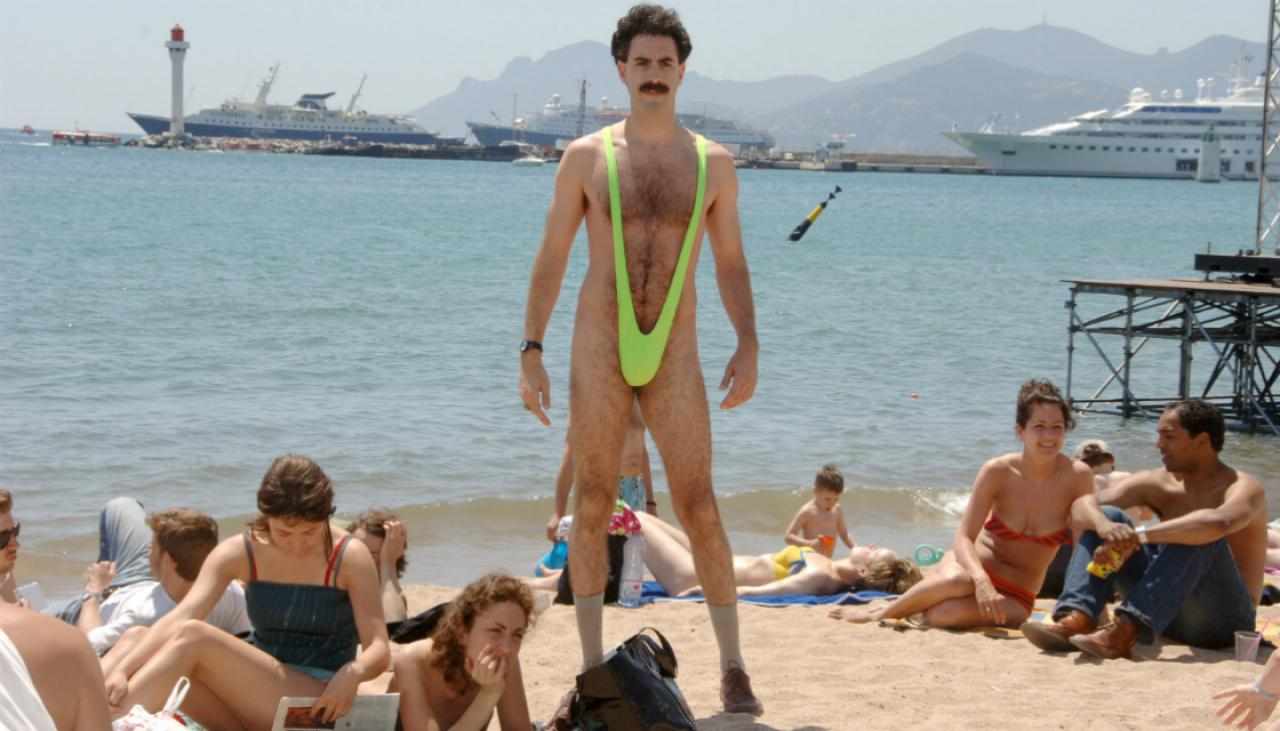 One of the most highly anticipated movies of the year is here: Borat: Cultural Learnings of America for Make Benefit Glorious Nation of Kazakhstan (yes, that’s the real title). This movie has been steadily gathering hype on the internet ever since it was announced over a year ago.

Does it live up to the hype? YES.

Borat: Cultural Learnings of America for Make Benefit Glorious Nation of Kazakhstan, or simply Borat for short, is a gorilla-styled mockumentary from the comedic genius behind the Ali G Show, Sacha Baron Cohen.

Borat Sagdiyev is a TV reporter of a popular show in Kazakhstan as Kazakhstan’s sixth most famous man and a leading journalist. He is sent from his home to America by his government to make a documentary about American society and culture. Borat takes a course in New York City to understand American humor. While watching Baywatch on TV, Borat discovers how beautiful their women are in the form of C. J. Parker, who was played by actress Pamela Anderson who hails from Malibu, California. He decides to go on a cross-country road trip to California in a quest to make her his wife and take her back to his country. On his journey Borat and his producer encounter a country full of strange and wonderful Americans, real people in real chaotic situations with hysterical consequences. – Imdb.com

OK so the plot is obviously not the movie’s strongpoint. What matters is if this movie is actually funny, and without a doubt, Borat is one of the funniest movies of all time. You will laugh at things you don’t normally laugh at and you will may even try to hold yourself back, but believe me you won’t be able to hold it back for long.

No one is safe from Borat’s crude and harsh comedy. Everyone from Jews to Gypsys are made fun of. This may sound as a silly racist comedy, but it’s not. Sacha Baron Cohen, a Jew himself, has made it clear that his film is not meant to offend any one particular nationality, but to show just how ignorant people are.

If there was only one comedy in the last 5 years I could recommend to someone, it would be Borat: Cultural Learnings of America for Make Benefit Glorious Nation of Kazakhstan. Its sharp, clever and always crude humor will make you laugh until it hurts.