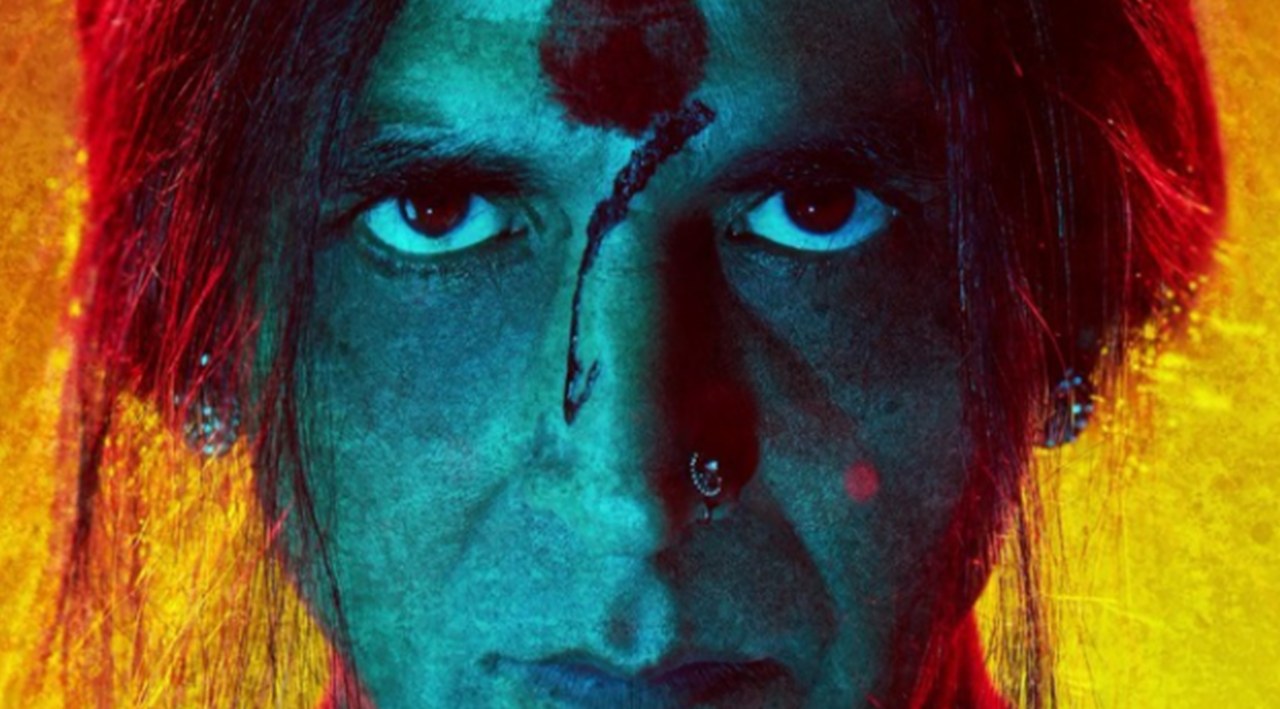 Akshay Kumar, took to social media to announce the release date of one the most highly anticipated films of this year, Laxmmi Bomb, as Monday, 9th November on Disney+ Hotstar.
Akshay Kumar shared the latest film teaser with his 100M+ social media fans, which is being described as “The Biggest Explosion”. He plays the role of a transgender ghost who is seeking vengeance for being wronged.

The trailer shows Akshay Kumar’s face transform from a man to a woman while the sentence “When Outcast becomes Outraged” is met with the voiceover “Aaj se tumhara naam Laxman nahi, Laxmi hoga” in a chilling trailer that will certainly send a shiver down your spine!

The actor has already spoken of how mentally difficult the role was while emphasising his pride of using it to promote gender equality. 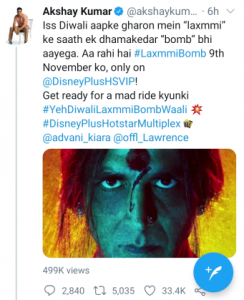 Akshay Kumar has been one of Bollywood’s most busiest in recent times, having recently appeared alongside Bear Grylls in the hit series Into The Wild With Bear Grylls.