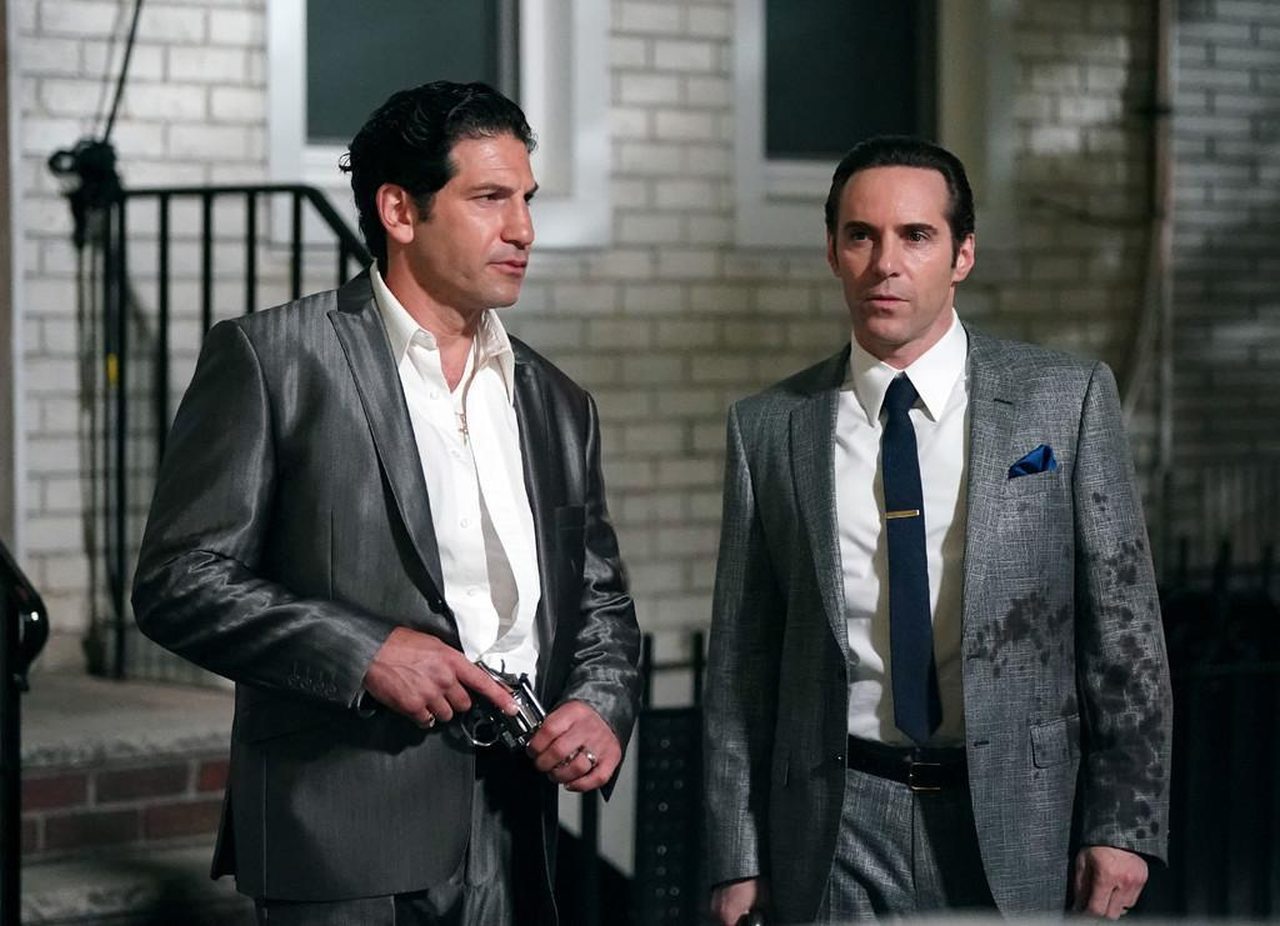 New Line Cinema’s “The Many Saints of Newark” is the much-anticipated feature film
prequel to the groundbreaking, award-winning HBO drama series “The Sopranos.”

The film is set in the explosive 1960s in the era of the Newark riots, when the AfricanAmerican and Italian communities are often at each other’s throats. But among the gangsters within each group, the dangerous rivalry becomes especially lethal.
“The Many Saints of Newark” stars Alessandro Nivola (“Disobedience,” “American
Hustle”), Tony winner Leslie Odom Jr. (Broadway’s “Hamilton,” “Murder on the Orient Express”), Jon Bernthal (“Baby Driver,” “The Wolf of Wall Street”), Corey Stoll (“First Man,” “Ant-Man”), Michael Gandolfini (TV’s “The Deuce”), Billy Magnussen (“Game Night,” “The Big Short”), Michela De Rossi (“Boys Cry,” TV’s “The Rats”), John Magaro (“The Finest Hours,” “Not Fade Away”), with Emmy winner Ray Liotta (TV’s “Shades of Blue,” “Goodfellas”) and Oscar nominee Vera Farmiga (“Up in the Air,” “The Conjuring” films).

Watch The Many Saints Of Newark trailer now:

Alan Taylor (“Thor: The Dark World”), who won an Emmy for his directing work on “The
Sopranos,” is helming the film from a screenplay by series creator David Chase & Lawrence
Konner, based on characters created by Chase. Chase and Konner are also producing the film, with Michael Disco, Nicole Lambert, Richard Brener and Marcus Viscidi serving as executive producers.

Taylor’s behind-the-scenes creative team includes director of photography Kramer
Morgenthau (“Creed II,” “Thor: The Dark World”), production designer Bob Shaw (“The Wolf of Wall Street,” “The Sopranos”), Oscar-nominated editor Christopher Tellefsen (“Moneyball,” “A Quiet Place”) and costume designer Amy Westcott (“The Wrestler,” “Black Swan”). “The Many Saints of Newark” was shot on location in New Jersey and New York, and several beloved characters from the original series that inspired the film are featured in the movie. During its six-season run, “The Sopranos”—widely regarded as one of the greatest and most influential television drama series of all time—was honored with 21 Primetime Emmy Awards, five Golden Globe Awards, and two Peabody Awards, to name only a portion.

New Line Cinema Presents, In Association with Home Box Office, a Chase Films
Production, “The Many Saints of Newark.” The film is being distributed worldwide by Warner
Bros. Pictures.