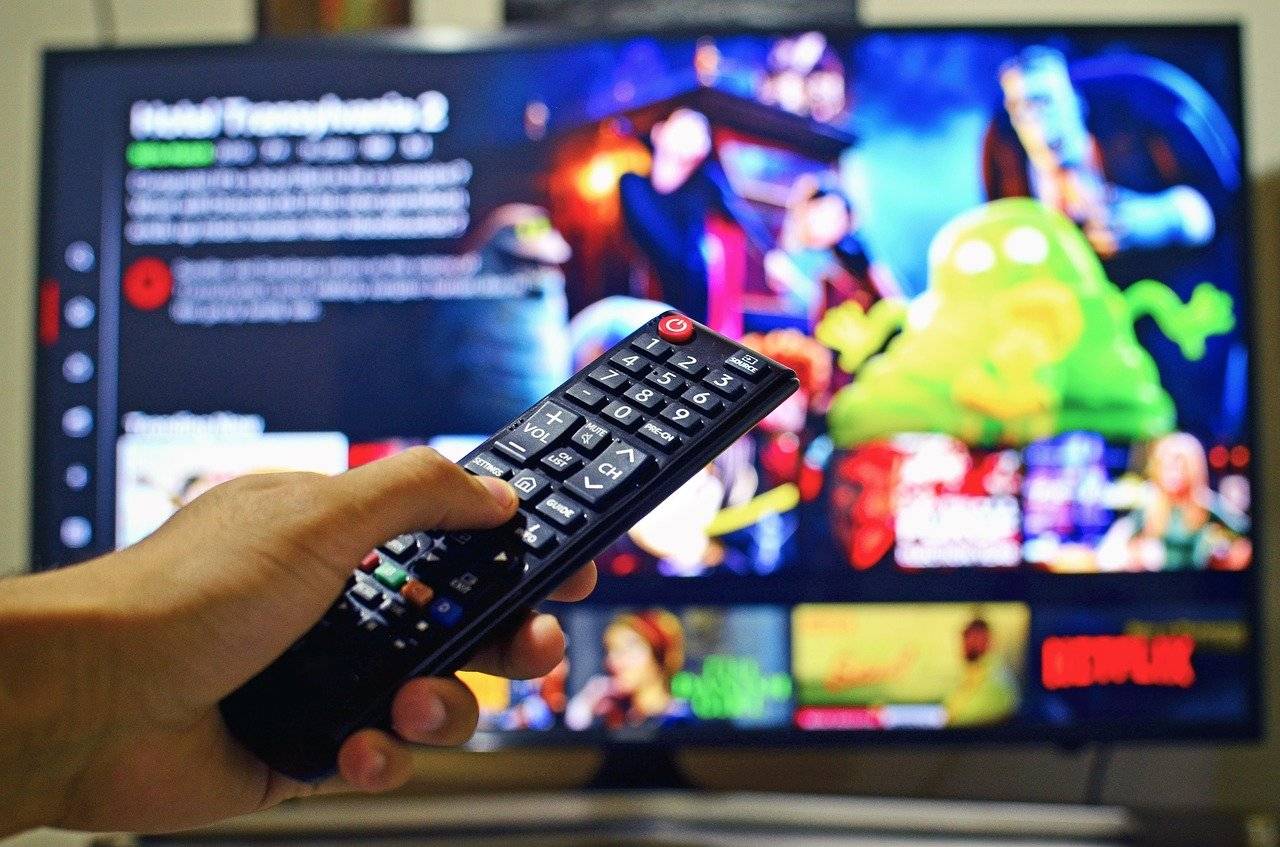 As we head into lockdown 2.0, people all over the UK will be preparing to work from home, and more importantly, getting ready to watch their favourite Netflix shows.

To give the UK some Netflix Inspiration, Bed Guru have discovered the UKs most favourite binge-worthy Netflix shows.

Bed guru collected the 20 best rated Netflix shows using Flixable, The more times a show was searched for in a particular city, the more watched it was. 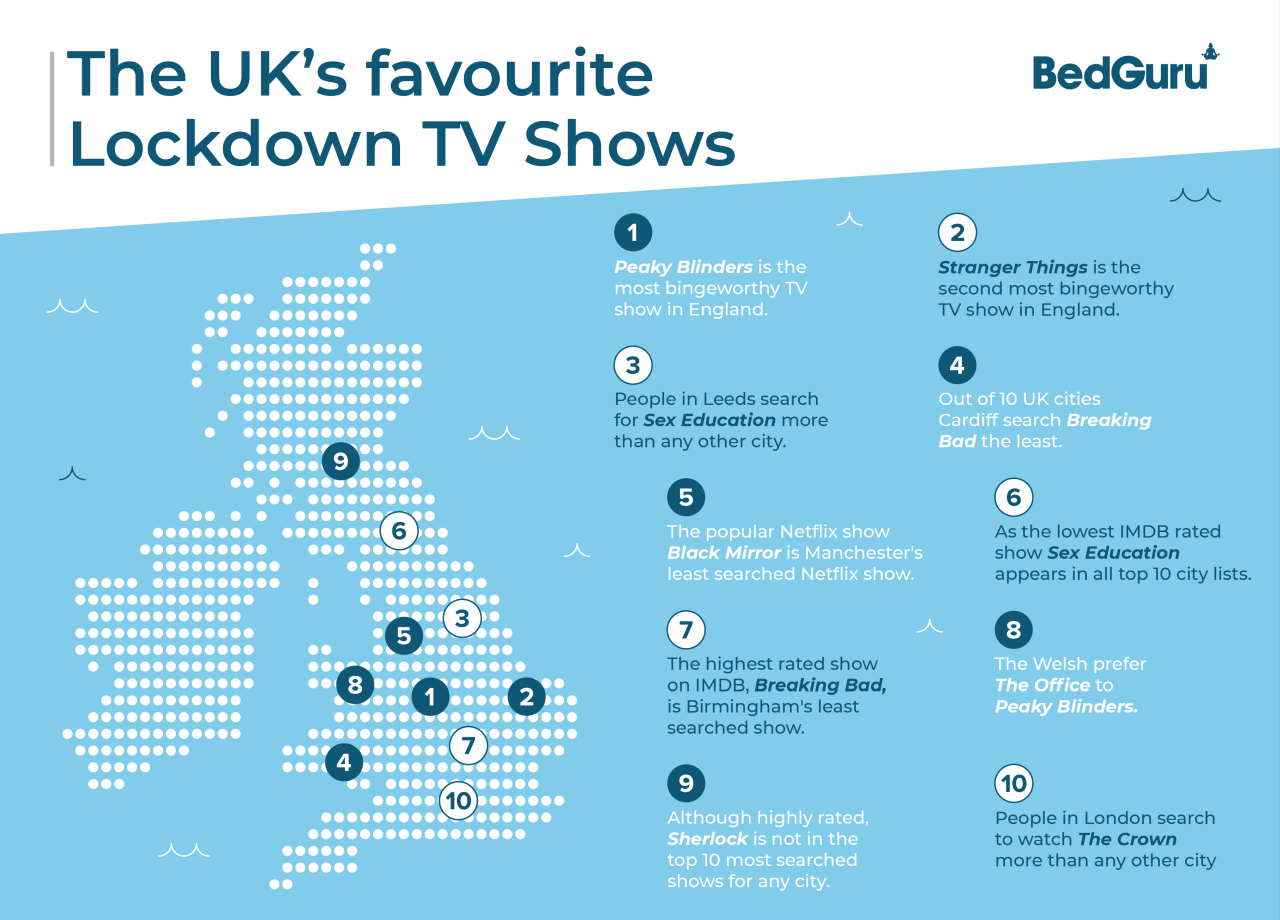 Search totals were gathered using Google Keyword Planner. The figures represented the monthly average based on the last 12 months per different city region. We gathered search totals both for titles alone (e.g. “peaky blinders”) and titles with “netflix” and “watch” appended to a keyword (“peaky blinders netflix”). For each city, the TV series with the highest search total in a given city was deemed the most-searched in that city.

During the first UK Covid-19 lockdown, online streaming of TV shows surged, with people spending over 6 hours a day watching their favourite TV programmes. After lockdown ended Netflix growth and streaming inevitably slowed, but without lockdown 2.0 looming, people all over the UK are going to be getting cosy in front of their TVs once again for more Netflix binge sessions.

The streaming giant grew by 16 million users during lockdown 1.0, which proves that Netflix is a hub for the best quality and binge worthy entertainment. In the UK there are over 13 million users, so if you haven’t got the streaming service yet, what’s stopping you?

At Bed Guru, we appreciate how comforting laying in bed and watching your favourite TV programme can be. Sometimes this act is the best way to relax and recharge, and there’s nothing better than getting snug in a duvet to escape into the fictional world of binge-worthy Netflix shows.

So, with people all over the UK preparing to lockdown and binge watch Netflix, we collected data on 10 cities such as London and Leeds and dug deep to find out what Netflix show they loved the most. The TV shows included in the data have more than one season and are rated above 8 on IMDB, so you can be sure they are worthy of binge status.

New Characters and New Battles Open Up ‘Vikings: Valhalla’ to a Whole New Legion of Fans