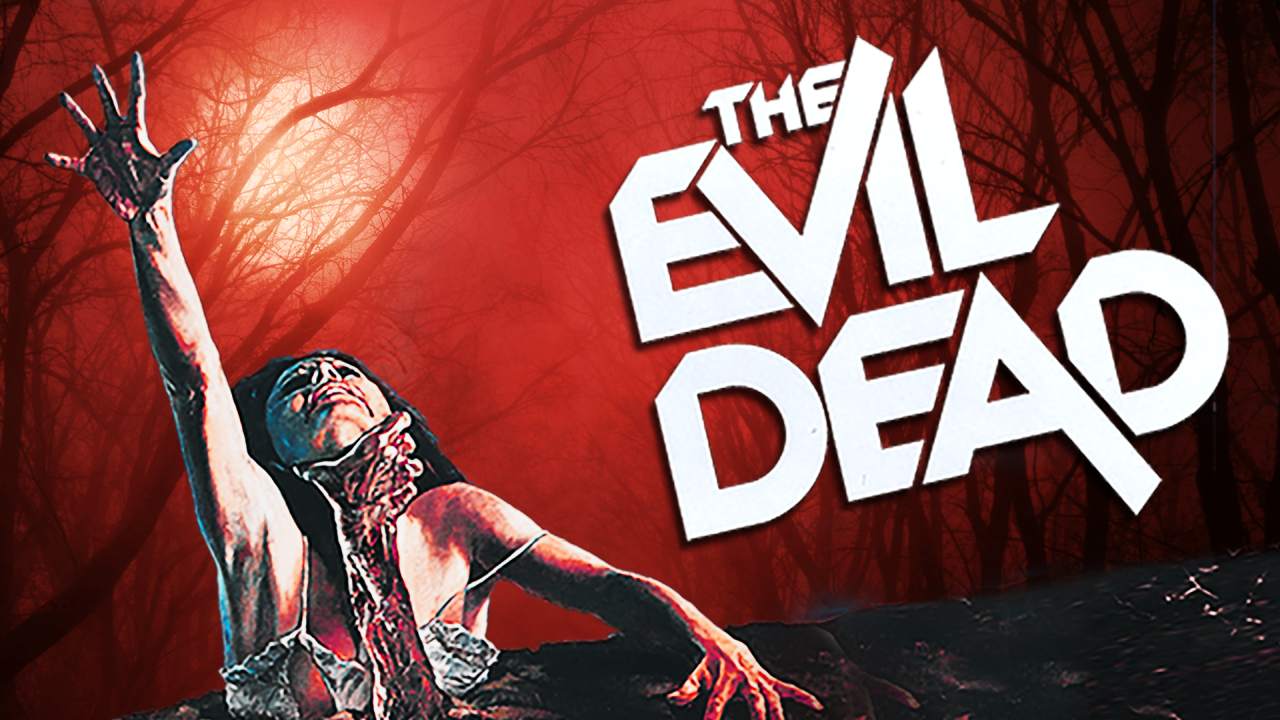 “I’m excited about this project,” says Bruce Campbell. “It will be a great opportunity to safely connect with fans and allow them a closer look behind the scenes.”

Tickets are on-sale now and can be purchased online at HERE. Tickets are $25/device and VIP Tickets/device are $50 and include a limited-edition event poster that will be mailed to the purchaser.

During a WATCH WITH… livestream, fans will have the opportunity to watch their favorite movies alongside the stars and experience them like never before. Movie buffs will relive films through the eyes of the star – pausing the action to explain scenes, tell unknown stories about the action, or provide funny bits of trivia… straight from the source.

In 1979 with his Detroit friends, Sam Raimi and Rob Tapert, Bruce Campbell raised $350,000 for a low-budget film, The Evil Dead (1981), in which he starred and co-executive produced. Completed piecemeal over four years, the film first gained notoriety in England where it became the best-selling video of 1983, beating out The Shining(1980). After its appearance at Cannes, where Stephen King dubbed it “the most ferociously original horror film of the year”, New Line Cinema stepped forward to release “Evil Dead” in the U.S. 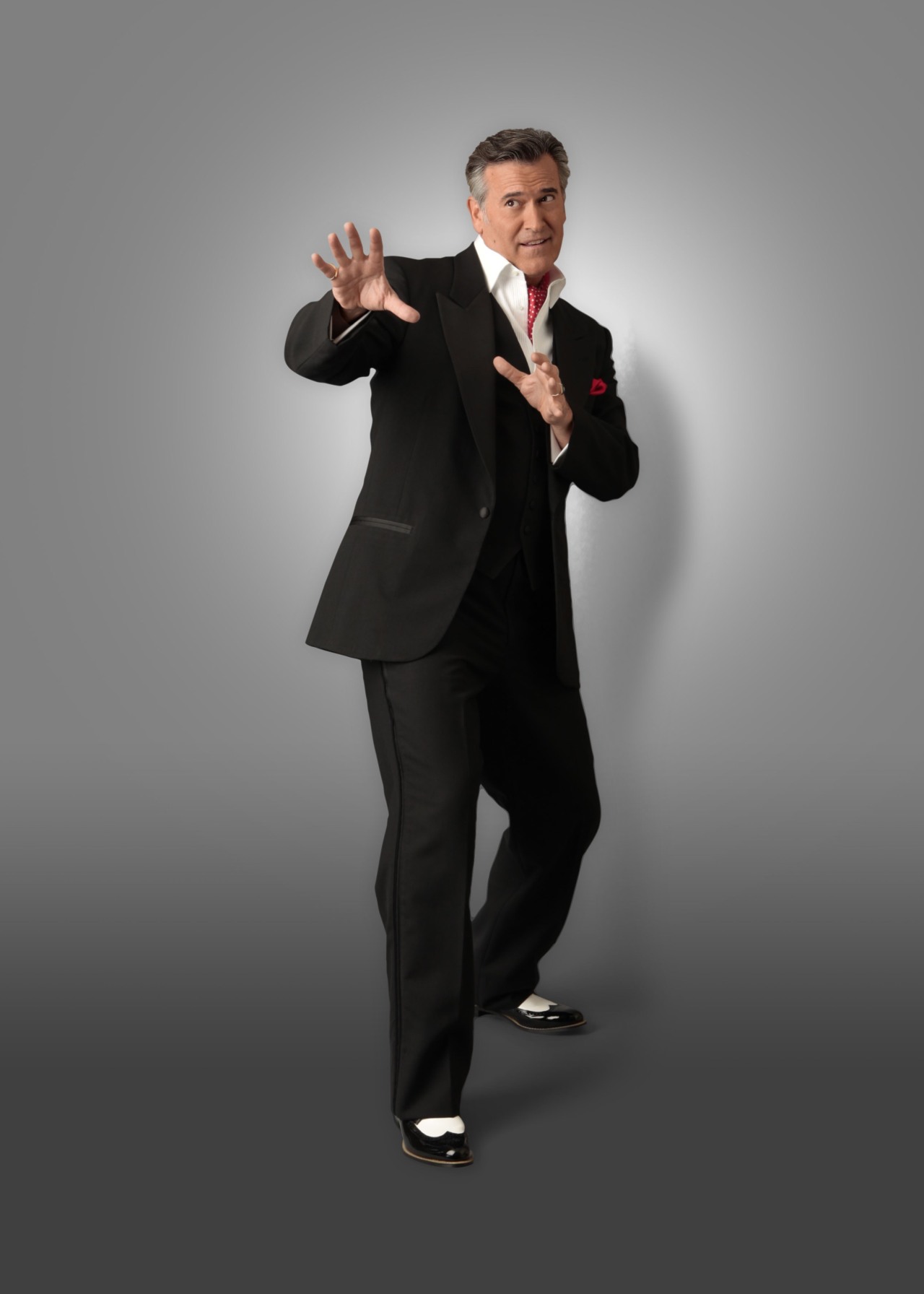 After co-producing Crimewave (1985), a cross-genre comedy written by Sam Raimi, Ethan and Joel Coen, Campbell moved to Los Angeles and quickly gained a foothold producing or starring in genre films such as the Maniac Cop (1988) series, Lunatics: A Love Story (1991), Moontrap (1989), and Mindwarp (1991), a post-apocalyptic “Jeremiah Johnson”, during which he met his wife-to-be, filmmaker, Ida Gearon.

Campbell then rejoined his Detroit colleagues to star and co-produce the second and third films in the Evil Dead trilogy (Evil Dead II (1987) & Army of Darkness (1992)), completing 12 years of work on the cult favorite. 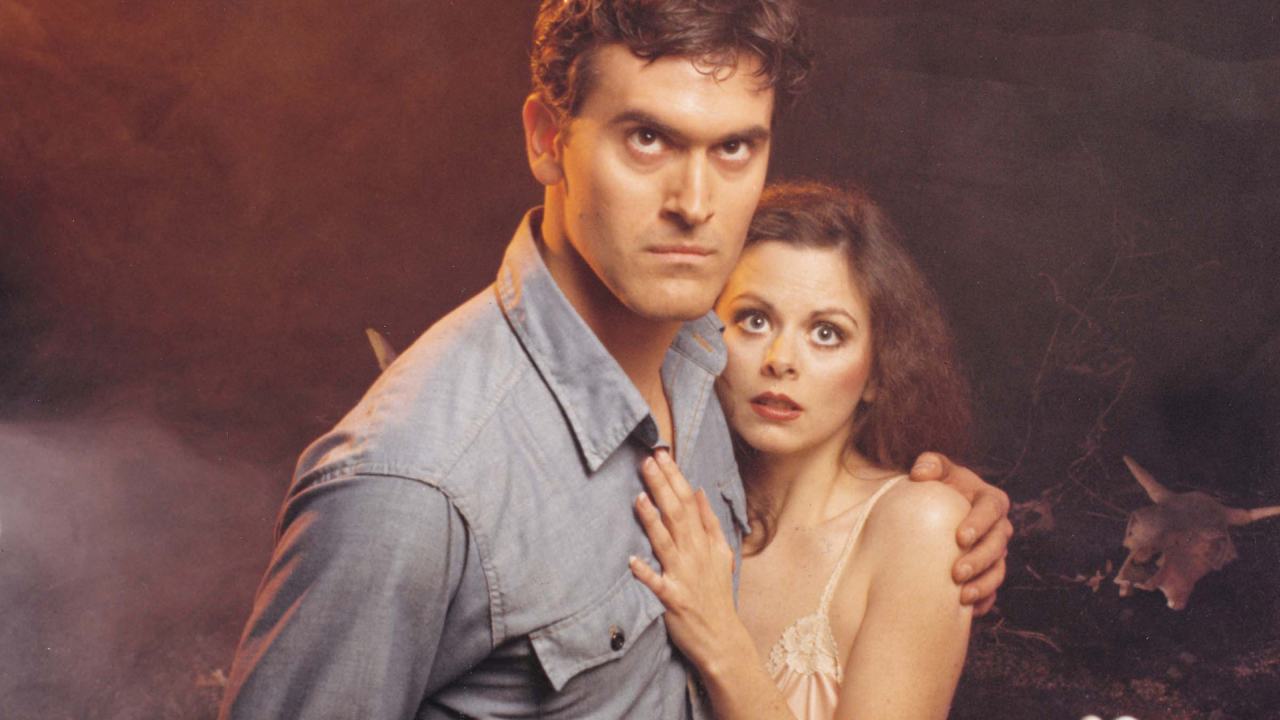 This rough-and-tumble background was a plus as Campbell made his foray into television, first starring in the highly touted Fox series The Adventures of Brisco County, Jr. (1993), then as a recurring guest-star on the hit show Lois & Clark: The New Adventures of Superman (1993).

With these under his belt, Campbell easily made the transition to director, helming numerous episodes and recurring as the King of Thieves in the #1 syndicated Hercules: The Legendary Journeys (1995), and its follow-up phenomenon, Xena: Warrior Princess(1995). 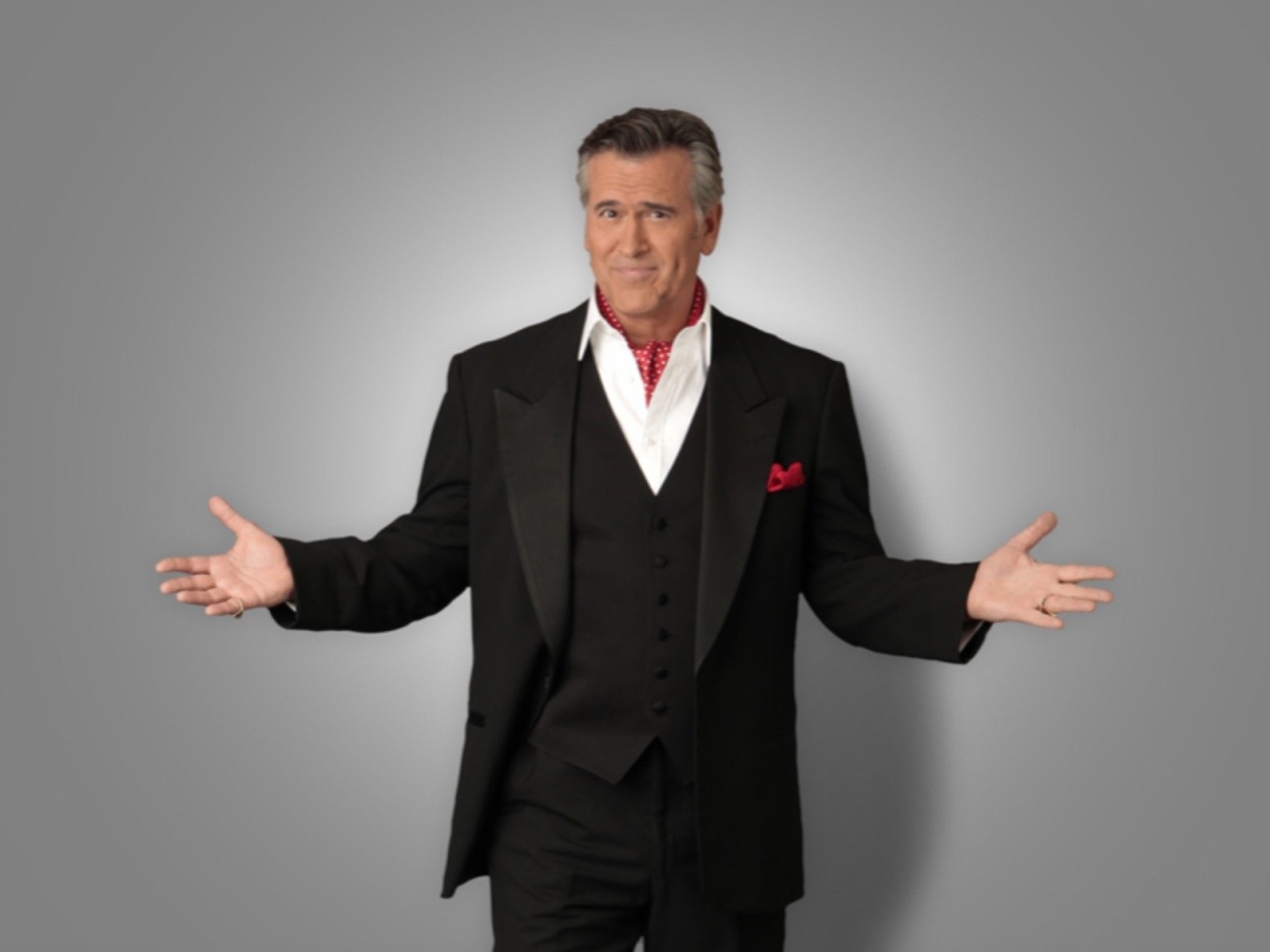 Bruce has since expanded his range on television, appearing in anything from Disney’s update of The Wonderful World of Disney: The Love Bug (1997), to decidedly dramatic turns on the acclaimed series Homicide: Life on the Street (1993) and The X-Files (1993). At the invitation of ABC, Campbell ventured into the world of sitcoms with a recurring role on ABC’s Emmy-nominated Ellen (1994), participating in one of the three touted “out” episodes.

But Campbell didn’t abandon his film roots. During that time, he had featured roles in the blockbuster Congo (1995), John Carpenter’s Escape from L.A. (1996), and the award-winning independent crime drama, Running Time (1997). He followed these up with roles in Paramount’s romantic comedy, Serving Sara (2002), Jim Carrey’s The Majestic (2001), and all three of Sam Raimi’s blockbuster Spider-Man movies. 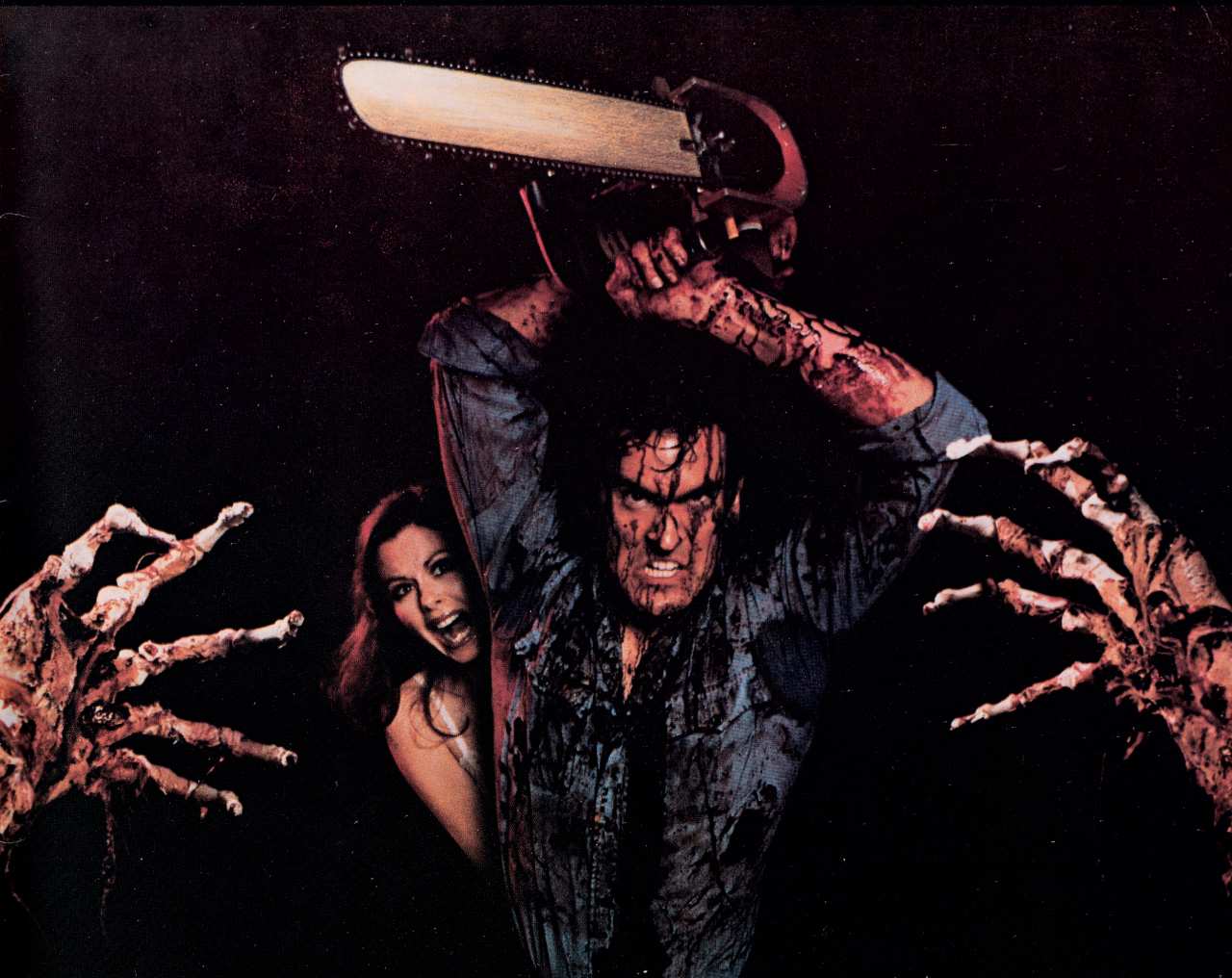 After a return to episodic television in the swashbuckling series, Jack of All Trades (2000), Campbell took the title role in MGM’s cult sleeper Bubba Ho-Tep (2002). His directorial debut, Man with the Screaming Brain (2005) premiered on the Sci Fi Channel, and Dark Horse Comics published the comic adaptation.

Campbell then directed and starred as himself in My Name Is Bruce (2007), a spoof of his B-movie career, then re-teamed with Disney for their fun-filled hit, Sky High (2005).

Campbell has since made the leap into other forms of entertainment, and is enjoying his role as an author with back-to-back New York Times bestsellers: a memoir entitled “If Chins Could Kill: Confessions of a B Movie Actor”, and his first novel, “Make Love the Bruce Campbell Way”.

In the multi-media industry, Bruce has enjoyed voicing characters for Disney’s animated TV series The Legend of Tarzan (2001) and the Warner Brothers feature The Ant Bully(2006). He also portrayed the character of “Mayor Shelbourne” in the animated hit film, Cloudy with a Chance of Meatballs (2009). Recently, Campbell voiced the role of “Rod Torque Redline” in Cars 2 (2011), the sequel to the smash Disney animated feature and for the immensely popular game, “Call of Duty”.

More than two decades after the release of Army of Darkness (1992), Bruce returned to his most iconic role for Ash vs Evil Dead (2015), a highly-anticipated series premiering on the Starz network on Halloween 2015.