CGO
Home Bollywood Akshay Kumar Looks the Part as he Begins Filming for his Next... 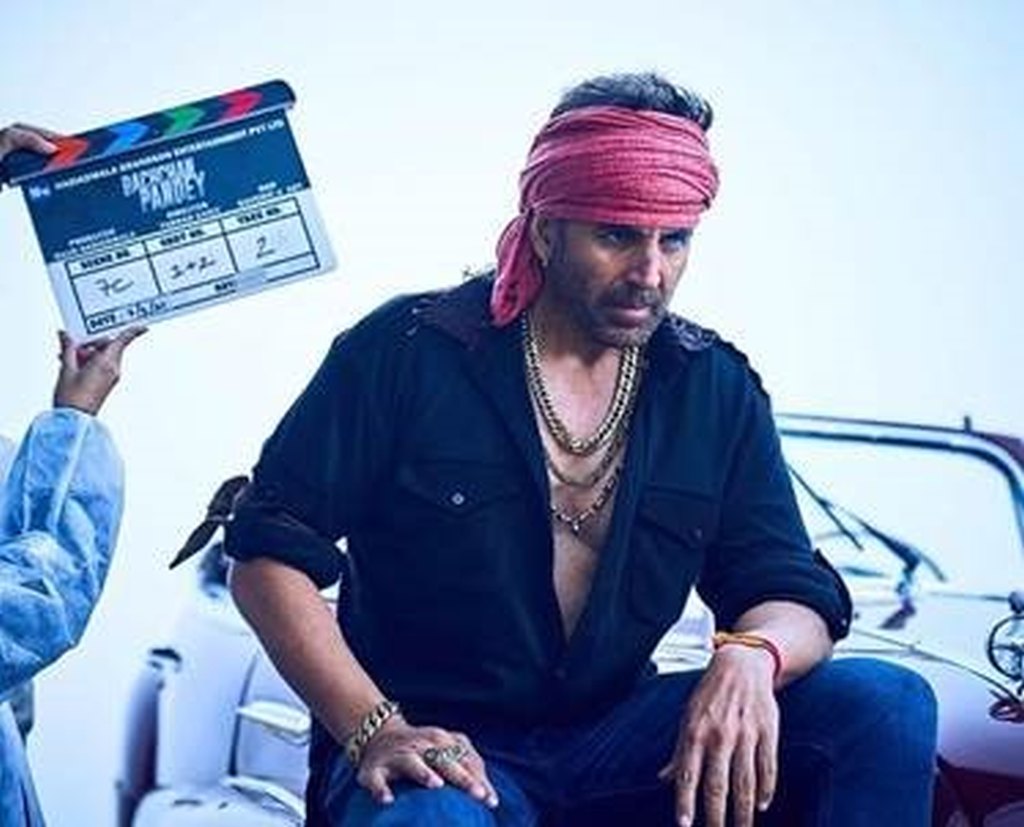 From photos taken on set, Akshay Kumar looks the complete part of an action hero, as his rugged, no-nonsense look shows that he will be a man not to be messed with! Dripping in gold chains and dressed in a black shirt with buttons undone and a pair of black jeans, fans will no doubt be excited as to how Akshay Kumar will save the day.

As the movie went to floors on Wednesday, Akshay Kumar will play the lead role in the film, which is a remake of the 2014 film Veeram in which a kind-hearted villager takes down the enemies of his fiancée’s father, to safeguard their family. Bachchan Pandey also stars Jacqueline Fernandez, Kriti Sanon, and Arshad Warsi.

This will be the 10th time that Akshay Kumar has teamed up with renowned producer Sajid Nadiadwala, which has resulted in many successful films over the years including Waqt Hamara Hai, Mujhse Shaadi Karogi, and the popular Housefull franchise.

Akshay Kumar shared his on set look with his 100M+ social media followers asking to hear their thoughts on his new look. 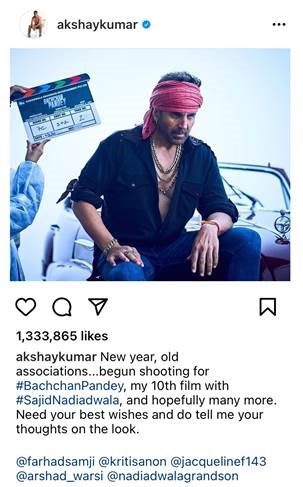 “New year, old associations…begun shooting for #BachchanPandey, my 10th film with #SanjidNadiadwala, and hopefully many more. Need your best wishes and do tell me your thoughts on the look.”