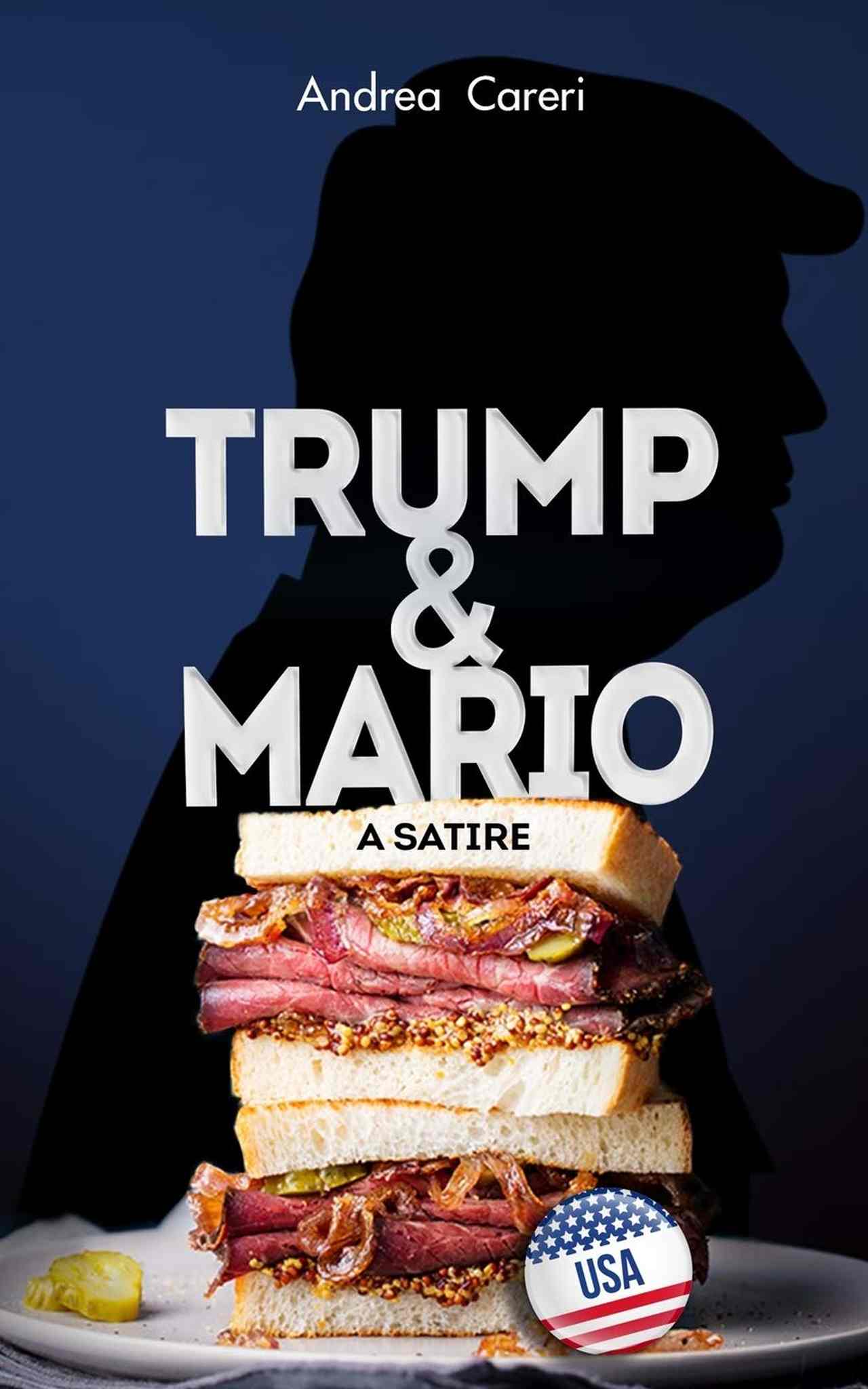 What if Trump had an undocumented immigrant as his best friend? Someone capable of teaching him how to be a friend and how to love somebody? A friend who showed him another side of New York City, and America? Maybe Trump would have been able to change his political and personal destiny.

In this hilarious book, author Andrea Careri elucidates an imaginary friendship between a cartoonish, naive Donald Trump and a goofy, funny Italian immigrant named Mario Colombo. Trump & Mario is a satire in the vein of The Simpsons and the Borat films, set in the New York City of 2017. Careri’s Donald Trump doesn’t love Washington D.C. so much and is usually instead in the city that never sleeps. Here, Trump is a different president altogether, a more empathetic human being who discovers the problems of America in one epiphany after another.

In Trump & Mario, Trump becomes a hero for Black Americans and the LGBTQ community in a triumph of paradoxes and hysterical gags. Trump also wins the Nobel Peace Prize – twice – and meets his real father (a mad scientist named Dr. Trumpenstein) as well his true love (a plus-sized lady named Ivona.) The book is full of wit, humor and inventive scenes, a whimsical satire of New York City and her New Yorkers. This is a funny way to say goodbye to one of the most controversial presidents in American history.

From the back cover:

Mario Colombo, an immigrant fresh off the boat, gets a job as a delivery guy at Trump Tower on Fifth Avenue. On his first day, he gets to deliver a pastrami sandwich to President Donald Trump while the latter is watching the Super Bowl in his penthouse. Nobody is really working, distracted by the big game, and the sole Secret Service agent who was supposed to patrol Trump’s penthouse is using Tinder and doesn’t notice Mario, who delivers the pastrami sandwich directly to the President. Trump wolfs down the pastrami sandwich too fast and when he is choking, Mario saves his life. Trump decides to hire Mario Colombo as his personal assistant. From that day forward, Mario becomes the best friend of the President, changing his life and political future by showing him another New York: the city of immigrants, working-class people, and every color in between Black and Trump.
Andrea Careri is a prolific Italian-born author and screenwriter based in the United States.

His bestselling book, La Mia New York – Vivere nella città che non dorme mai, is considered to be one of the best books about New York written in Italian. Another book, Un Giorno Senza Kobe – Storie di Los Angeles, will be translated into English and released worldwide. Careri also created a dramatic sci-fi series titled Mem 39 that is available on the American streaming network, Cideshow. The show got international buzz and positive reviews in the UK and Australia. Trump & Mario is Careri’s first book written in English.

Charlie Chaplin and A Woman of Paris: The Genesis of a Misunderstood Masterpiece