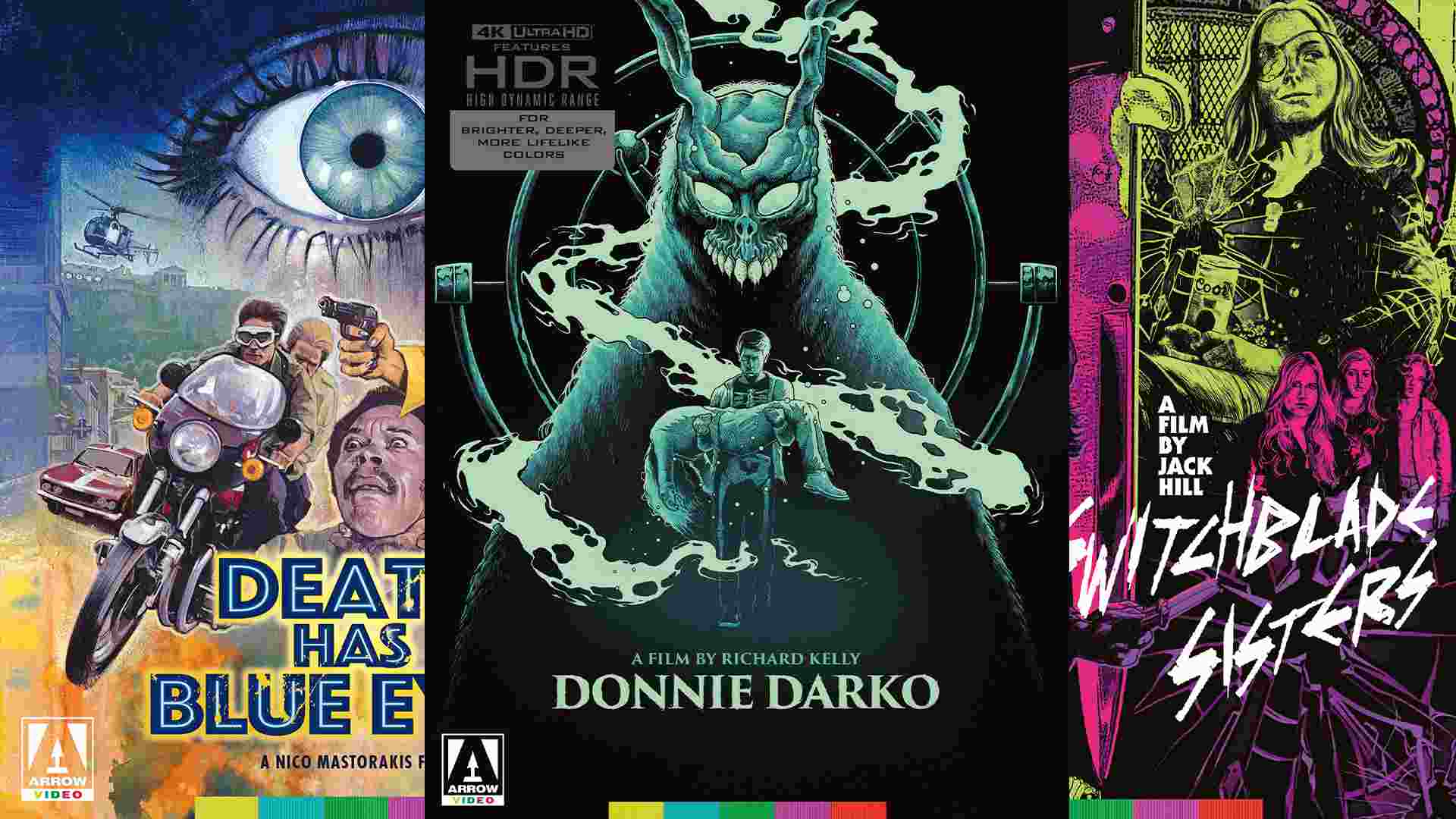 On April 6, Arrow Video will release the 1976 action thriller, Death Has Blue Eyes. From Nico Mastorakis, the cult Greek director behind Island of Death and The Zero Boys. Death Has Blue Eyes is the story of a pair of friends that turn a string of scams into a bodyguard gig for a woman with telepathic abilities. Mastorakis’ signature mix of sleaze and intrigue, all set in breathtaking Greece locations, is on full display in this seldom-seen gem. Featuring a brand new restoration, sourced from the original camera negative and approved by Mastorakis, Death Has Blue Eyes is not to be missed.

Switchblade Sisters, director Jack Hill’s exploitation classic about a female gang, gets the Arrow treatment on April 20. Lace, the leader of the Dagger Debs, feels threatened when new girl Maggie moves into the neighborhood. The distrust causes conflict within the gang and soon an all-out war begins. A failure at the box office upon its release, Switchblade Sisters has developed a strong cult following over the years, being championed by Quentin Tarantino regularly. The new Arrow release includes a brand new audio commentary and a variety of archival bonus features.

Arrow closes the month out on April 27 with the limited edition 4K Ultra HD Blu-ray release of Donnie Darko. Jake Gyllenhaal stars as a troubled teen that struggles with visions of a six-foot rabbit named Frank that encourages him to commit crimes. This feature debut from director Richard Kelly became a cultural phenomenon, with the film earning praise for being daring and original. This new 4K UHD release includes both the theatrical and director’s cut, both with new 4K restorations approved by Kelly and cinematographer Steven Poster. This special release also includes a 100-page hardcover book and a double-sided fold-out poster featuring newly commissioned art by Luke Preece.

Death Has Blue Eyes is a gripping paranormal action thriller with shades of giallo from the director of the cult classic video nasty Island of Death (1976).

Troubled high school student Donnie is in therapy, prone to sleepwalking and in possession of an imaginary friend, a six-foot rabbit named Frank who tells him the world will end in 28 days, 06 hours, 42 minutes and 12 seconds. Until then he will navigate teenage life, avoid death in the form of a falling jet engine, follow Frank’s strange instructions and try to maintain the space-time continuum.