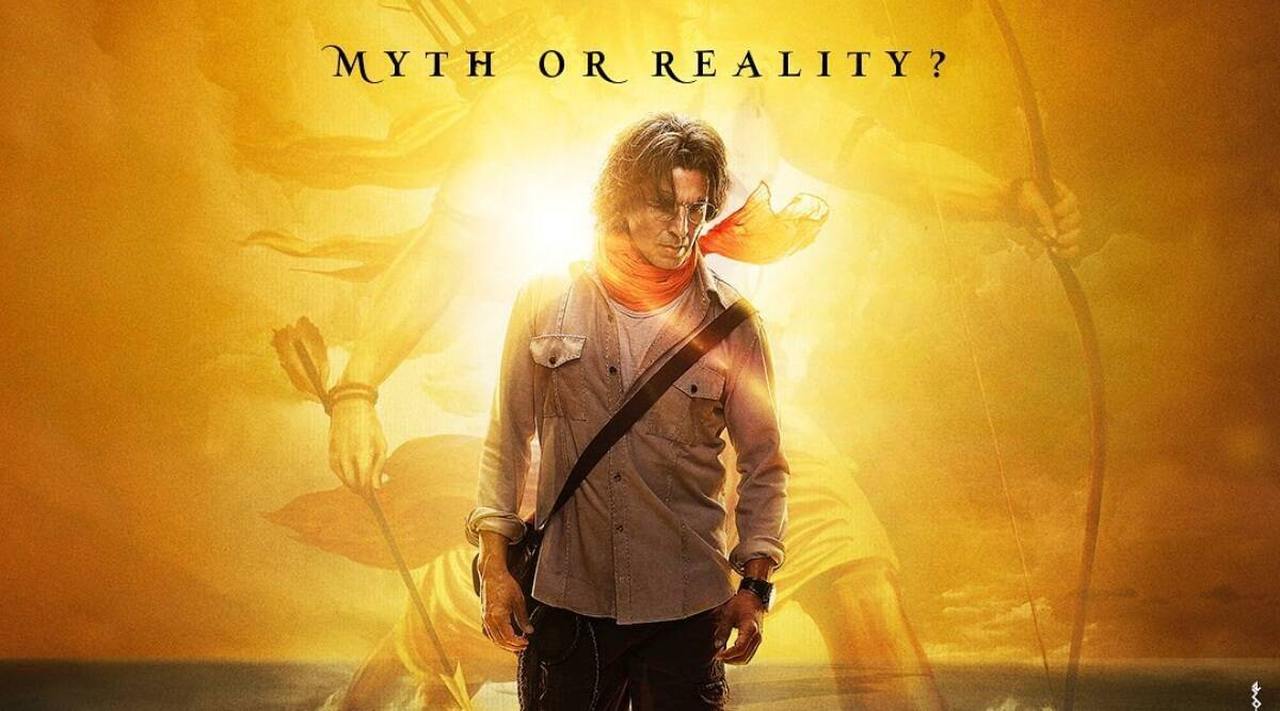 Akshay Kumar has given fans a taste of his character for the upcoming blockbuster Ram Setu, with the star beginning shooting for the film which will dig deep into the excavation of the popular Ram Setu.

One of the busiest stars in Bollywood, Akshay Kumar recently finished a well-deserved holiday and instantly got back to work. The star wrapped up filming for Atrangi Re over the weekend and jumped straight into this new project, which will certainly be a unique one for the actor.

Akshay Kumar will play an archaeologist in the film and this new look was inspired by several Indian and international professional archaeologists who work in the field.

Sporting a stylish look, Akshay Kumar gave fans the first glimpse of what to expect. The photo shows him wearing a pair of glasses, while his hair is longer than usual. The scarf around his neck certainly oozed sophistication too!

Joining Akshay Kumar in Ram Setu, will be Jacqueline Fernandez and Nushrratt Bharuccha, who will star as the film’s lead actresses.

The production for Ram Setu will follow strict protocols to ensure the safety of all those involved with the film. This includes regular health checks to mitigate any COVID-19 risks. 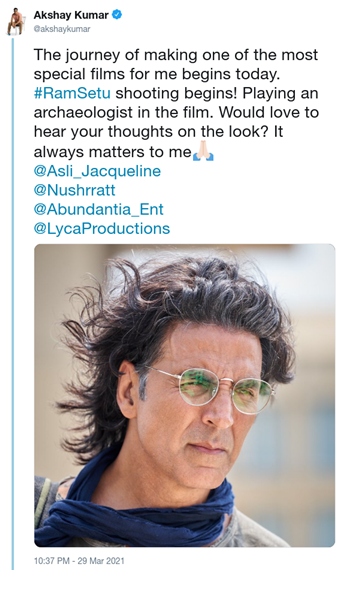 “The journey of making one of the most special films for me begins today. #RamSetu shooting begins! Playing an archaeologist in the film. Would love to hear your thoughts on the look? It always matters to me.”

Fans have been eagerly awaiting the release of Ram Setu since Akshay Kumar gave them a first glimpse on Diwali last year!

Although a release date is yet to be announced, fans will still get to enjoy seeing Akshay Kumar in action, with films such as Sooryavanshi, Prithviraj and Bell Bottom on the horizon.