CGO
Home Movie News All or Nothing and Vera Drake on Blu-ray and Digital Platforms on... 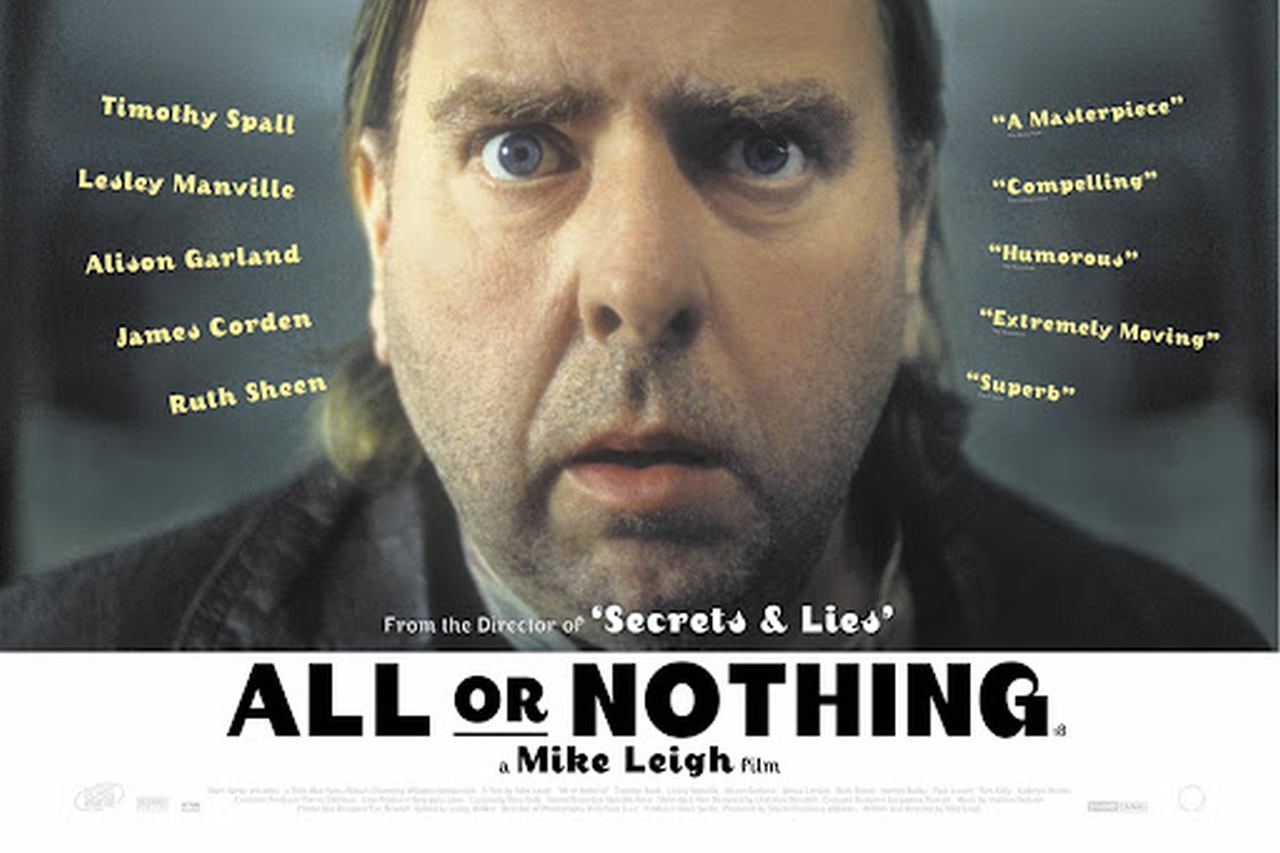 Two of seminal director Mike Leigh’s classic films are to receive a Blu-Ray and Digital release in the UK on 8th November 2021.

ALL OR NOTHING, Leigh’s Palme d’Or-nominated depiction of intertwining family lives on a London housing estate, was released in 2002 and won Best British Film of the Year as voted by the London Film Critics’ Circle.

Starring many Mike Leigh regulars such as Timothy Spall, Lesley Manville, Ruth Sheen and Marion Bailey, ALL OR NOTHING also gave several of a new generation of British actors their first lead roles on the big screen including: Sally Hawkins, James Corden and Daniel Mays.

The film has been lovingly restored in 4K by STUDIOCANAL, with the new version approved by Leigh’s cinematographer on the film, Dick Pope.

Also to be released is VERA DRAKE, the 2005 BAFTA and Oscar-nominated drama starring Imelda Staunton as an unassuming cleaner harbouring a secret that, when revealed, threatens to derail her life and those of her family around her.
The film won three BAFTA Awards, including Best Director for Leigh and Best Actress for Staunton in the titular role.

Both films will be released on Blu-Ray, DVD and Digital platforms on 8th November 2021.
The home entertainment releases will also include exclusive bonus features, with new interviews recorded especially with Leigh and leading cast members on both films, including: Imelda Staunton, Phil Davis, Eddie Marsan, Lesley Manville, Ruth Sheen and James Corden. BFI are celebrating Mike Leigh’s work with a complete film season at BFI Southbank from 18 October-30 November and in UK cinemas https://www.bfi.org.uk/mike-leigh. ALL OR NOTHING and VERA DRAKE will play as part of the season, followed by a limited UK theatrical release of both films in December.