Mr Jones brings to the screen the extraordinary and powerful story of the real-life Welsh journalist who uncovered Stalin’s genocidal famine in Ukraine, which killed almost 10 million. Gareth Jones (James Norton, Happy Valley, McMafia) is an ambitious Welsh journalist who gained fame after his report on being the first foreign journalist to fly with Hitler. 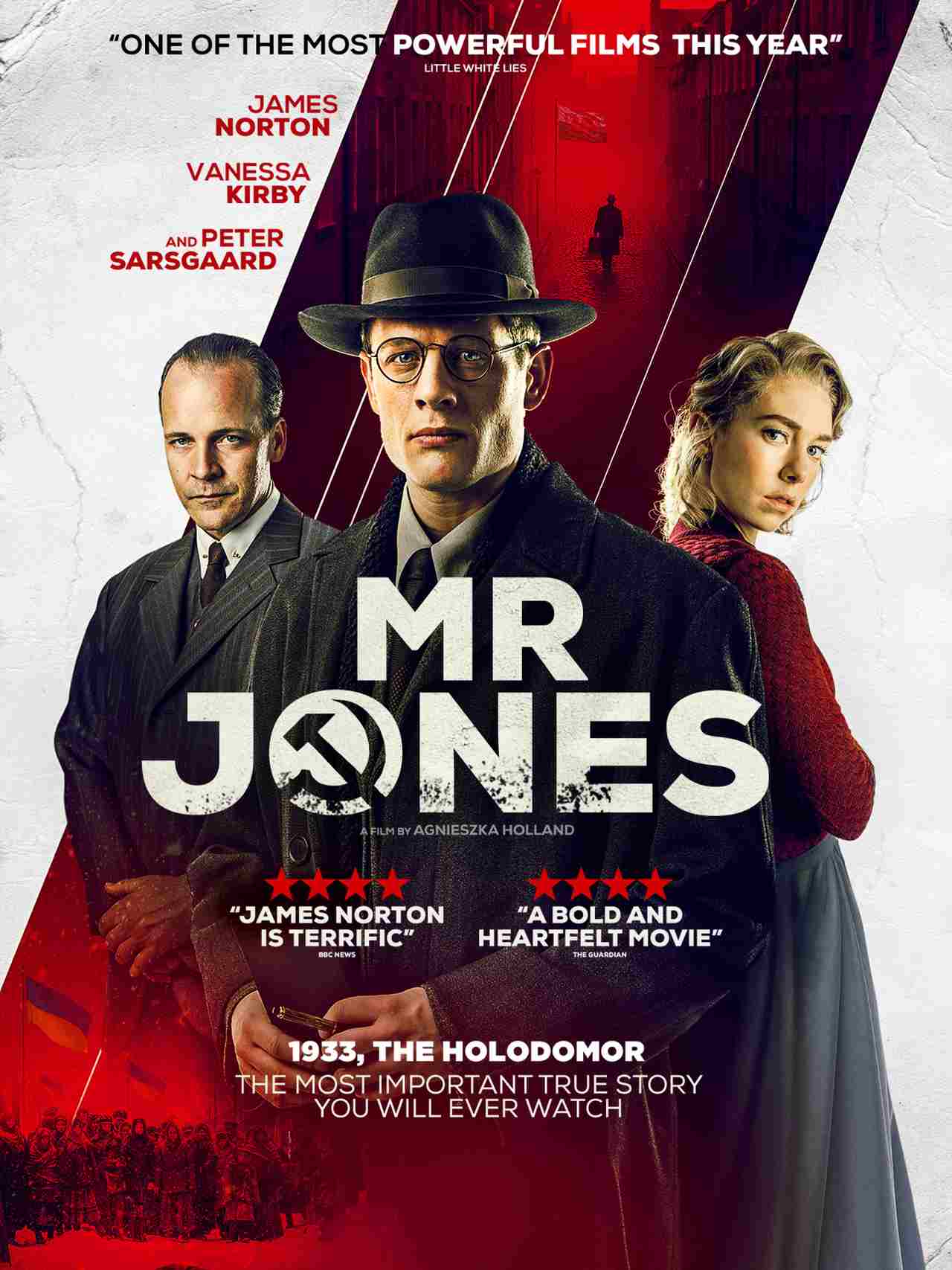 On leaving a government role, Jones decides to travel to Moscow in an attempt to get an interview with Stalin himself. Hearing murmurs of government-induced famine, Jones travels clandestinely to Ukraine, where he witnesses the atrocities of man-made starvation. Deported back to London, Jones publishes an article revealing the horrors he witnessed but is accused of being a liar by those who have an interest in silencing him.

As the death count mounts, Jones has to fight for the truth… Mr Jones also stars Vanessa Kirby (The Crown) and Golden Globe® Nominee Peter Sarsgaard(Jarhead).