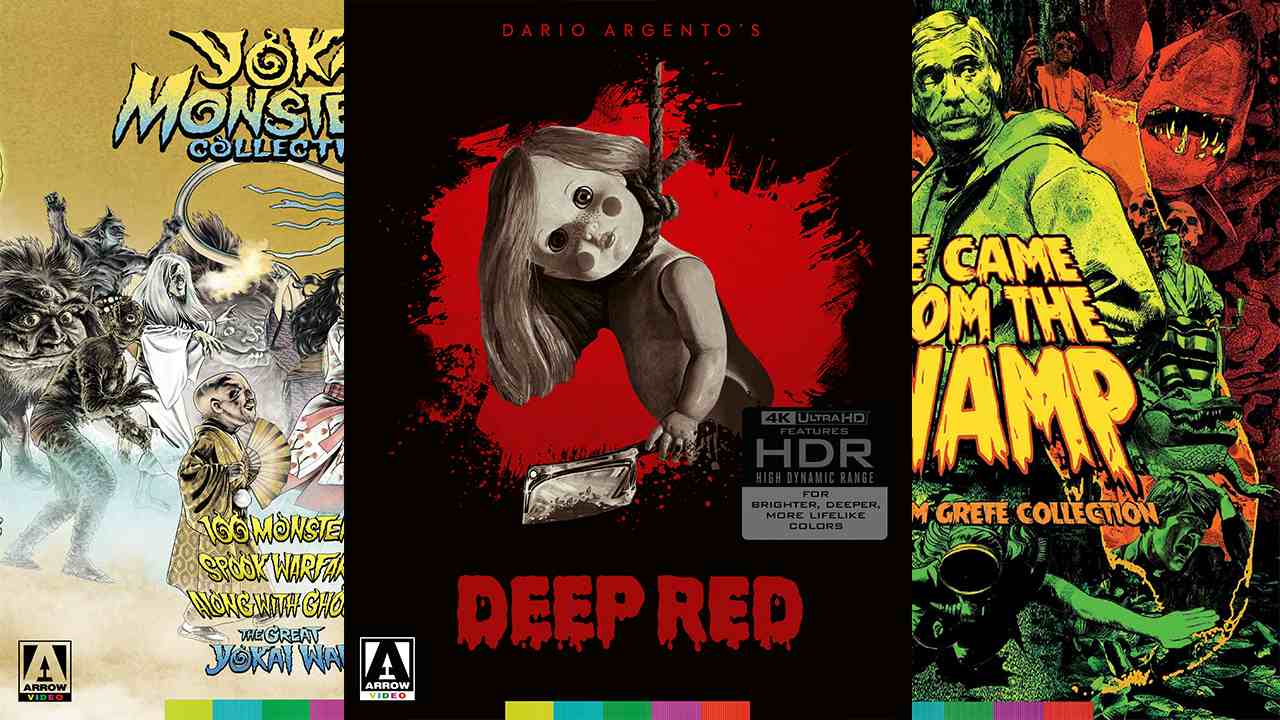 October officially marks the start of spooky season and Arrow has the movies to make sure it’s frightfully fun! The party starts on October 19, Arrow switches gears to Japanese folklore with the release of Yokai Monsters Collection. This limited edition 3-disc set brings the complete monster trilogy from Daiei Film (100 Monsters, Spook Warfare, Along With Ghosts) together on Blu-ray for the first time. Despite not gaining much attention outside of Japan, the films have developed a legacy for their use of special effects and puppets. This new set will look to introduce a new generation of fans to this spectacular world of Japanese monsters and ghosts. Also included is the 2005 film The Great Yokai War from legendary director Takashi Miike. The Great Yokai War was Miike’s attempt at rebooting the series. Miike’s film received a sequel, The Great Yokai War: Guardians, earlier this year.

Also releasing on October 26 is perhaps the month’s highlight, as Dario Argento’s landmark classic, Deep Red, comes home with a snazzy new 4K ultra HD Blu-ray. Deep Red is one of the most iconic Italian films of all time and arguably Argento’s masterpiece. The opening scene of a brutal axe murder is one of the most grisly death scenes ever depicted and the pulsating score courtesy of Goblin is top shelf. This 2-disc set includes both the 127-minute original Italian version of the film and the full 105-minute export version, including the scenes that were never dubbed in English. This limited edition release includes a collector’s booklet, double-sided foldout poster, 6 lobby cards, and more.

And last but not least, He Came from the Swamp: The William Grefe Collection is coming on October 26. Renegade filmmaker William “Wild Bill” Grefe has bravely explored the dark depths of the Florida everglades in a way few filmmakers have. This 4-disc set includes seven different films from the independent director, all of which have been restored using the best remaining film elements. This set is a standard issue release of a special edition set released last November. The special edition sold out quickly but continues to get rave reviews, with Quentin Tarantino recently praising it on the New Beverly podcast.

From the makers of Daimajin comes a trilogy of terror ripped from the pages of Japanese folklore, with ghosts and monsters from ancient myths and legends brought to life through stunning special effects, alongside an epic, big-budget reboot of the series from a modern-day master of the macabre, now available together on Blu-ray for the first time. 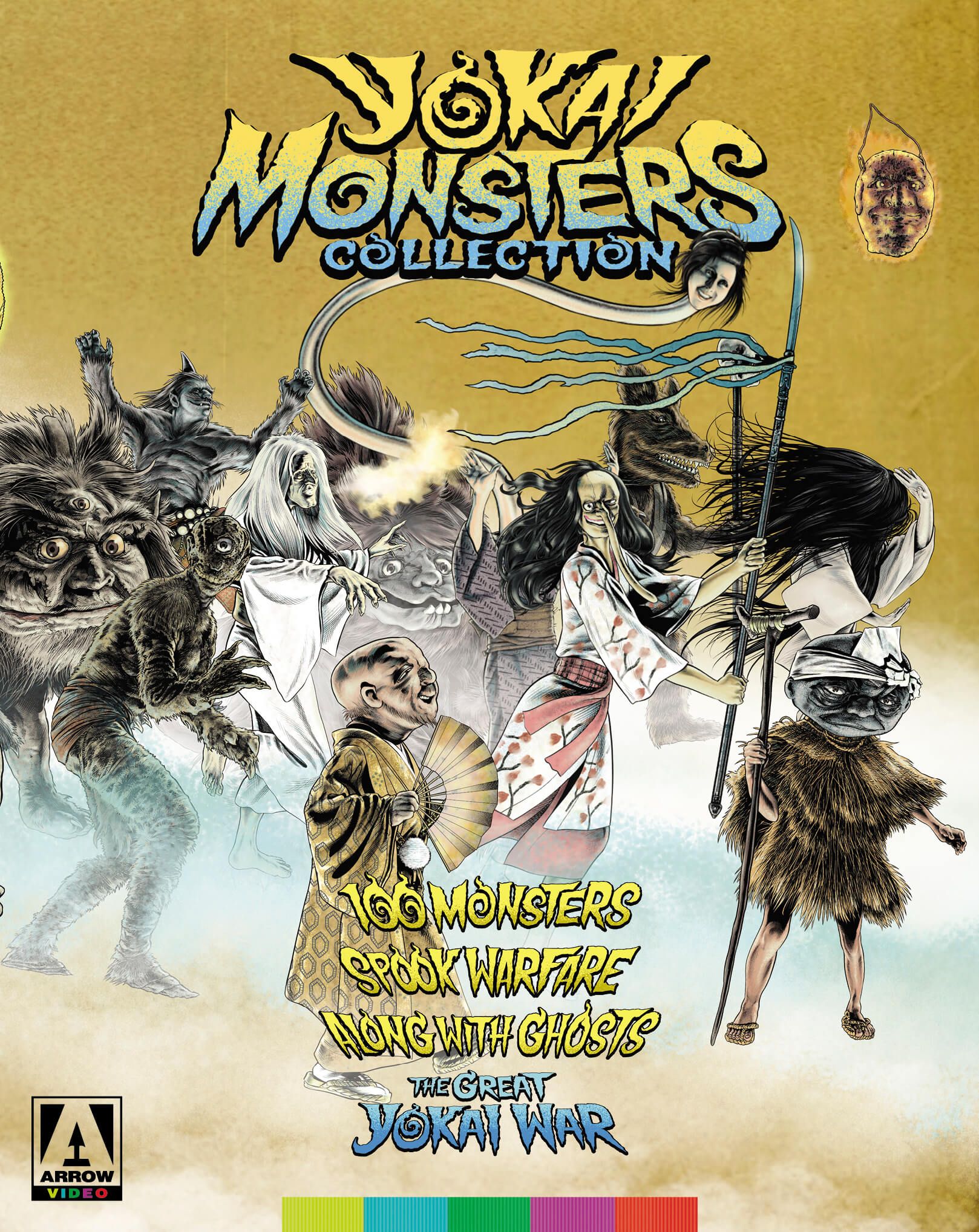 In the first film in the trilogy, 100 Monsters, a greedy slumlord’s attempts to forcefully evict his tenants invite the wrath of the titular spirits when a cleansing ritual is botched, with terrifying results. The second film, Spook Warfare, tells the tale of an evil Babylonian vampire inadvertently awoken by treasure hunters, and a brave samurai that teams with the yokai to defeat the bloodthirsty demon. In the final film, Along with Ghosts (released only 12 months after 100 Monsters), the yokai are roused to defend a young girl on the run from deadly yakuza.

Decades later, none other than Takashi Miike (Audition) helmed The Great Yokai War, a loose remake of Spook Warfare that used cutting-edge digital effects to renew the franchise for a new generation. In it, a young boy is given a grave responsibility: to band together with a group of yokai to defend humanity against a vengeful and powerful demon that has sworn retribution against modern-day Japan.

From Dario Argento, maestro of the macabre and the man behind some of the greatest excursions in Italian horror (Suspiria, The Bird with the Crystal Plumage), comes Deep Red – the ultimate giallo movie. One night, musician Marcus Daly (David Hemmings, Blow Up), looking up from the street below, witnesses the brutal axe murder of a woman in her apartment. 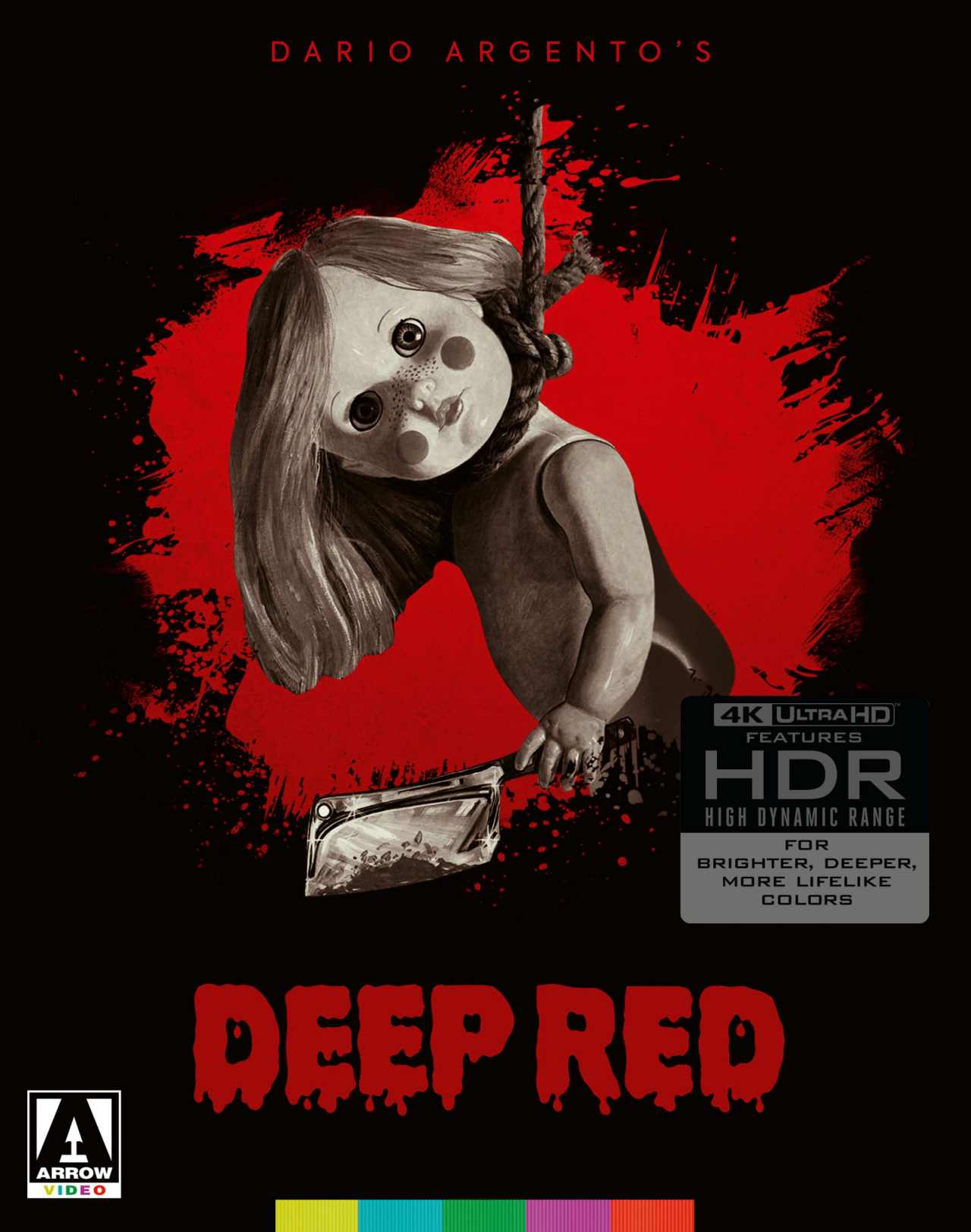 Racing to the scene, Marcus just manages to miss the perpetrator… or does he? As he takes on the role of amateur sleuth, Marcus finds himself ensnared in a bizarre web of murder and mystery where nothing is what it seems…

Aided by a throbbing score from regular Argento collaborators Goblin, Deep Red (aka Profondo Rosso and The Hatchet Murders) is a hallucinatory fever dream of a giallo punctuated by some of the most astonishing set-pieces the sub-genre has to offer.

He Came From The Swamp: The William Grefe Collection (Standard Edition)

Killer sharks and human jellyfish and living mummies, oh my! Arrow Video is proud to present the first ever collection of works by William “Wild Bill” Grefé, the maverick filmmaker who braved the deep, dark depths of the Florida everglades to deliver some of the most outrageous exploitation fare ever to go-go dance its way across drive-in screens. 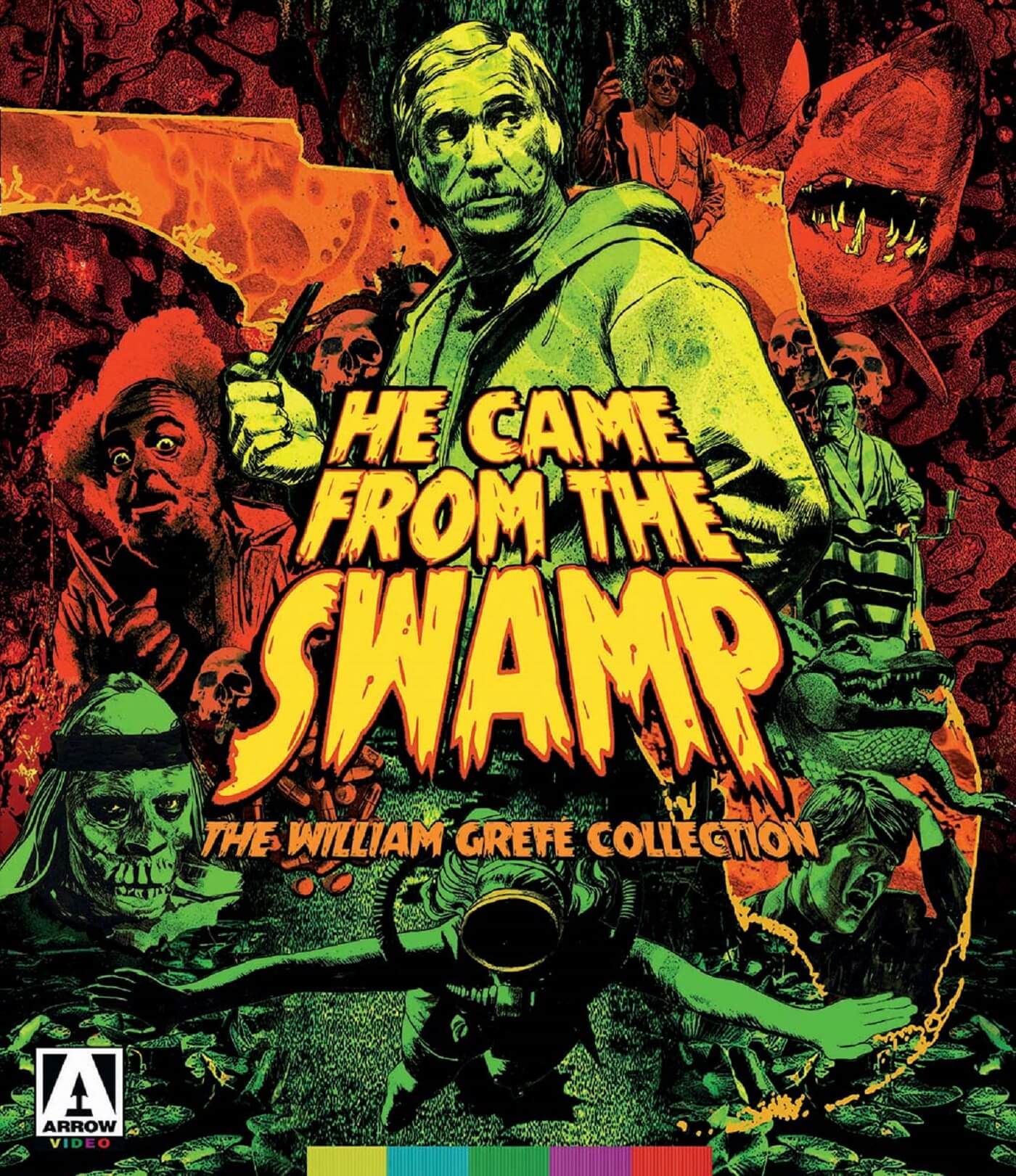 Bringing together seven of Grefé’s most outlandish films, plus a feature length documentary on the filmmaker’s career, He Came from the Swamp: The William Grefé Collection packs in a macabre menagerie of demented jellyfish men (Sting of Death), zombified witch doctors (Death Curse of Tartu), homicidal hippies (The Hooked Generation) and seductive matrons (The Naked Zoo) – not to mention the ubiquitous go-go dancing – to create one of the most wildly entertaining box-sets of all time!

Watch He Came From The Swamp: The William Grefe Collection Trailer