Prime Video has today unveiled the official teaser for its upcoming original horror movie, Chhorii, which is set to premiere globally on the 26th November and promises to be a chilling paranormal thriller for horror fans around the world. The teaser traces the journey of Sakshi (played by Nushrratt Bharuccha) and her partner as they are forced to flee their city home and seek shelter in a house within a haunted sugarcane field. Soon, the couple realise that the shelter they once sought for refuge from danger is in fact the very location for a seriously sinister paranormal threat. The housewife, eight months pregnant, must now fight to save her unborn baby from the spirits out to snatch her away. 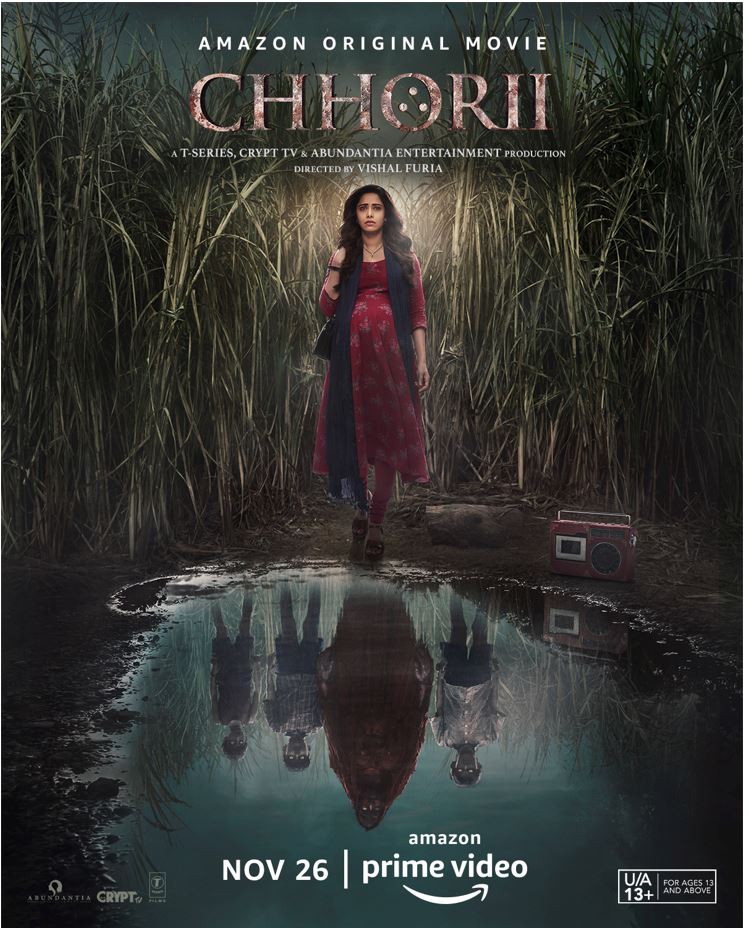 With one already getting a taste of the horror in store, Chhorii promises to be an edge-of-the-seat thriller that viewers around the world will surely not want to miss out on.

Chhorii also marks the first entry into Indian film for LA based Crypt TV, founded by Jack Davis and Eli Roth and backed by horror genre heavyweights Blumhouse Productions. They are known for showcasing a new calibre of scary with shows like The Look-See, The Birch, Sunny Family Cult, and The Thing in the Apartment. Crypt TV are collaborating with international production house Abundantia Entertainment’s ‘Psych’ horror and paranormal vertical TV.