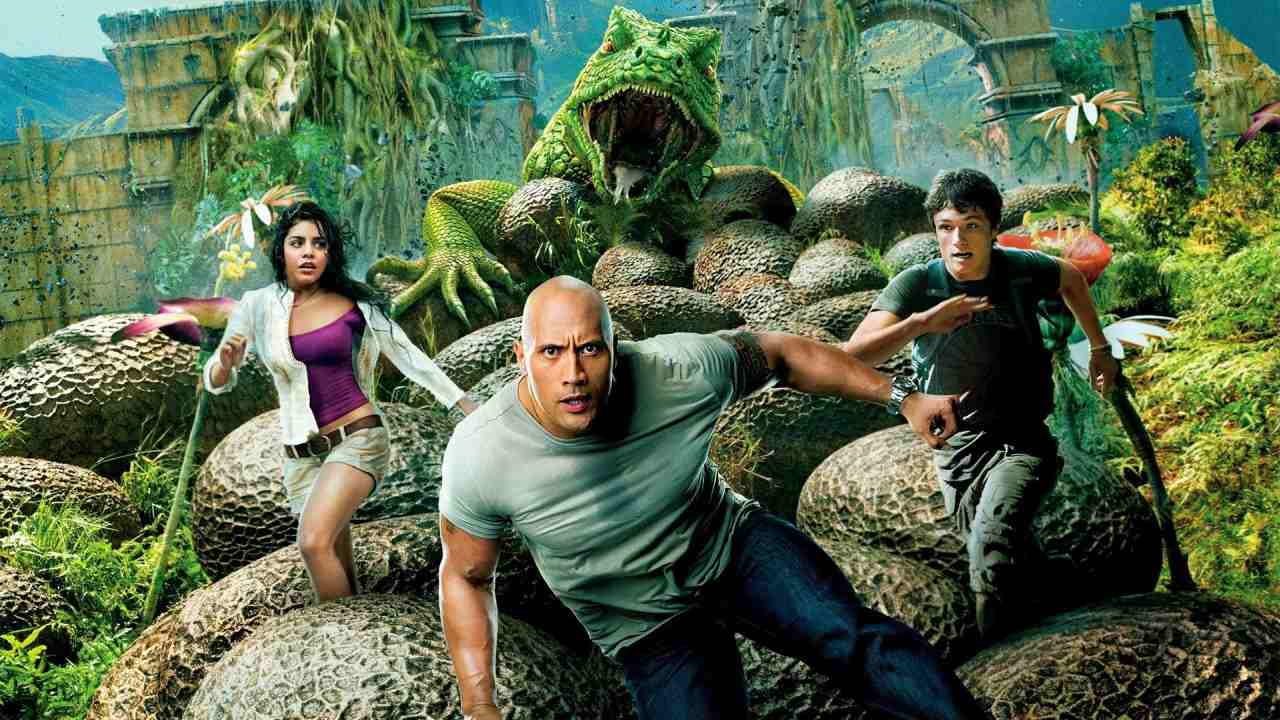 The movie Journey to the Center of the Earth was released to the public when 3D movies were not very popular; however, this $60 million budget movie managed to earn $250 million worldwide. Today, there is the highly publicized trailer for Journey 2: The Mysterious Island, which gives viewers a detailed look at the Atlantis (the magical lost island) that happens to be discovered by a few explorers. After reading this movie review, you will see why Journey 2: The Mysterious Island is a must-see movie for 2012.

Ever since his adventure in the center of the Earth, Sean Anderson has been looking for other places mentioned by Verne and other Vernians. He is notified about a coded message, and breaks into a satellite facility to fully receive it. 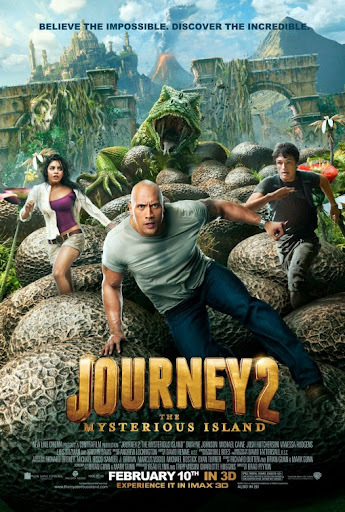 With the help from his stepfather Hank (Dwayne “The Rock” Johnson) he decodes the message leading him to find the map that leads him to Verne’s mysterious island. Along with Gabato and Kailani, Sean embarks on a mission to find his grandfather, the legendary Vernian Alexander. But unexpected problems arise as Alexander made a mistake that could change everything.

In just a few months, Journey 2: The Mysterious Island will be released with only one returning member of cast: Josh Hutcherson, in addition to a few other newcomers such as: Michael Caine, Luis Guzmán, Vanessa Hudgens and Dwayne ‘The Rock’ Johnson. You can check out the international trailer for this adventurous movie to find out more about what it entails, or you can continue reading this Journey 2: The Mysterious Island movie review.

The new chapter in this journey starts when Sean Anderson (played by Josh Hutcherson) gets a distress signal from an unknown island that is located where no island should be – a place that is filled with secrets, deadly volcanoes, mountains made from gold and bizarre life forms. It is rumored that Alexander Anderson, Sean’s grandfather (played by Michael Caine) has something to do with this secret.

Because he is unable to stop Sean from going on this journey, his stepfather (played by Dwayne ‘The Rock’ Johnson) decides to go with him on the journey. Accompanying them on the journey are the helicopter pilot (played by Luis Guzmán) and his very assertive daughter (played by Vanessa Hudgens). They all set out to locate this mysterious island, save its sole inhabitant and try to escape before the island and its treasures are buried forever under sea by seismic waves. 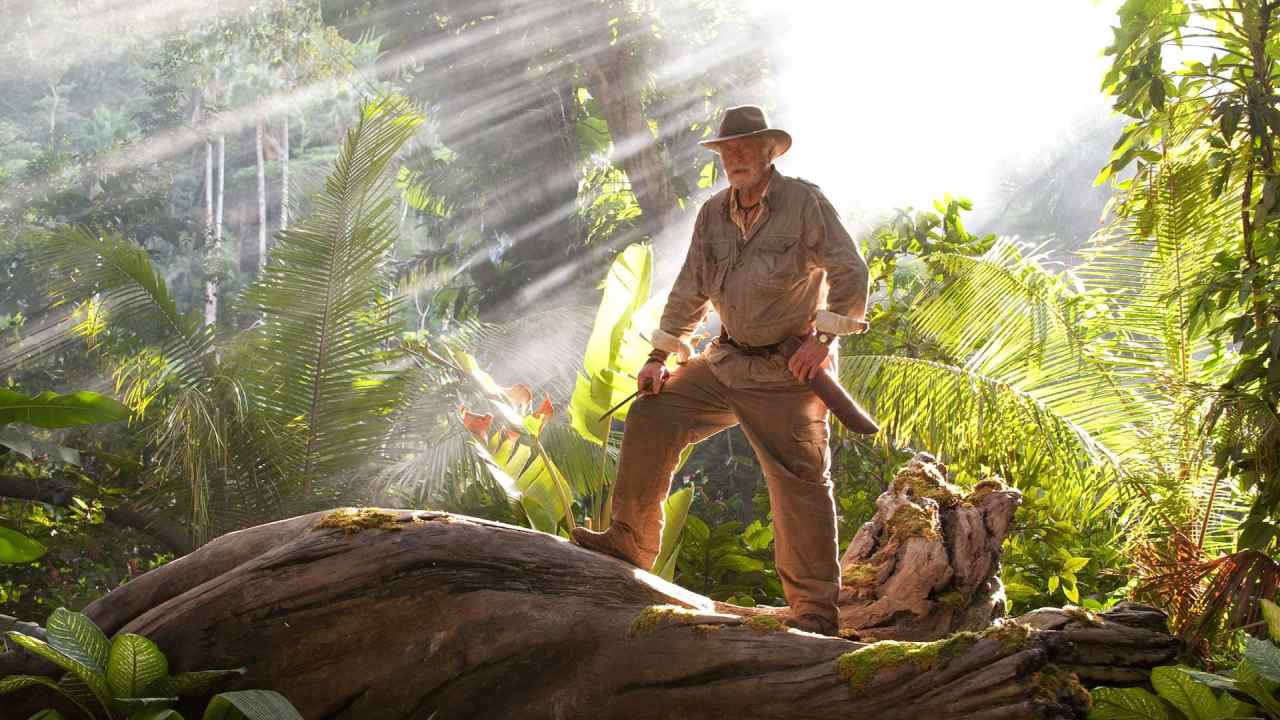 It must be stated in this movie review that Journey 2: The Mysterious Island is an adventure filled and action packed film that will have you glued to the television screen. Even though a majority of the cast from the original film has not returned, the storyline is absolutely great and the new cast members really delivered. 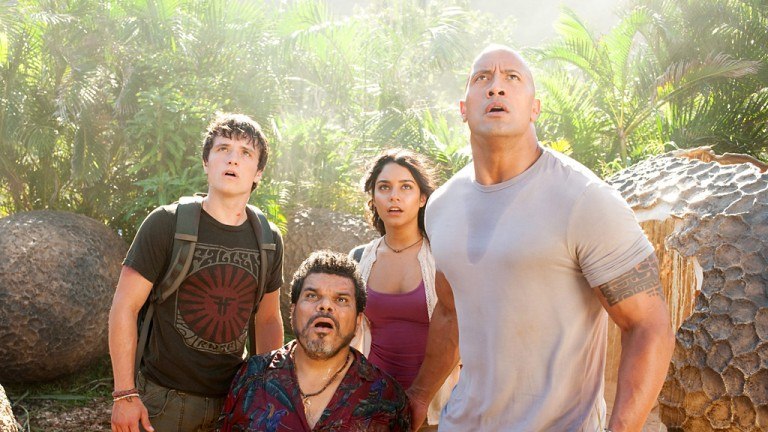 With its talented cast, Journey 2: The Mysterious Island is a fun adventure film that is worth watching, which you can take your entire family to watch. You will most certainly not be disappointed with spending a few dollars to see this movie in the theatres. This 3D movie is set to be released on February 10, 2012, so ensure that you are ready to go and see it with your entire family.