Akshay Kumar today shared the “making of” video of his high-tempo and spectacularly visual musical treat GARDA, which is set against a circus backdrop.

He shared the following with excitement on social media: 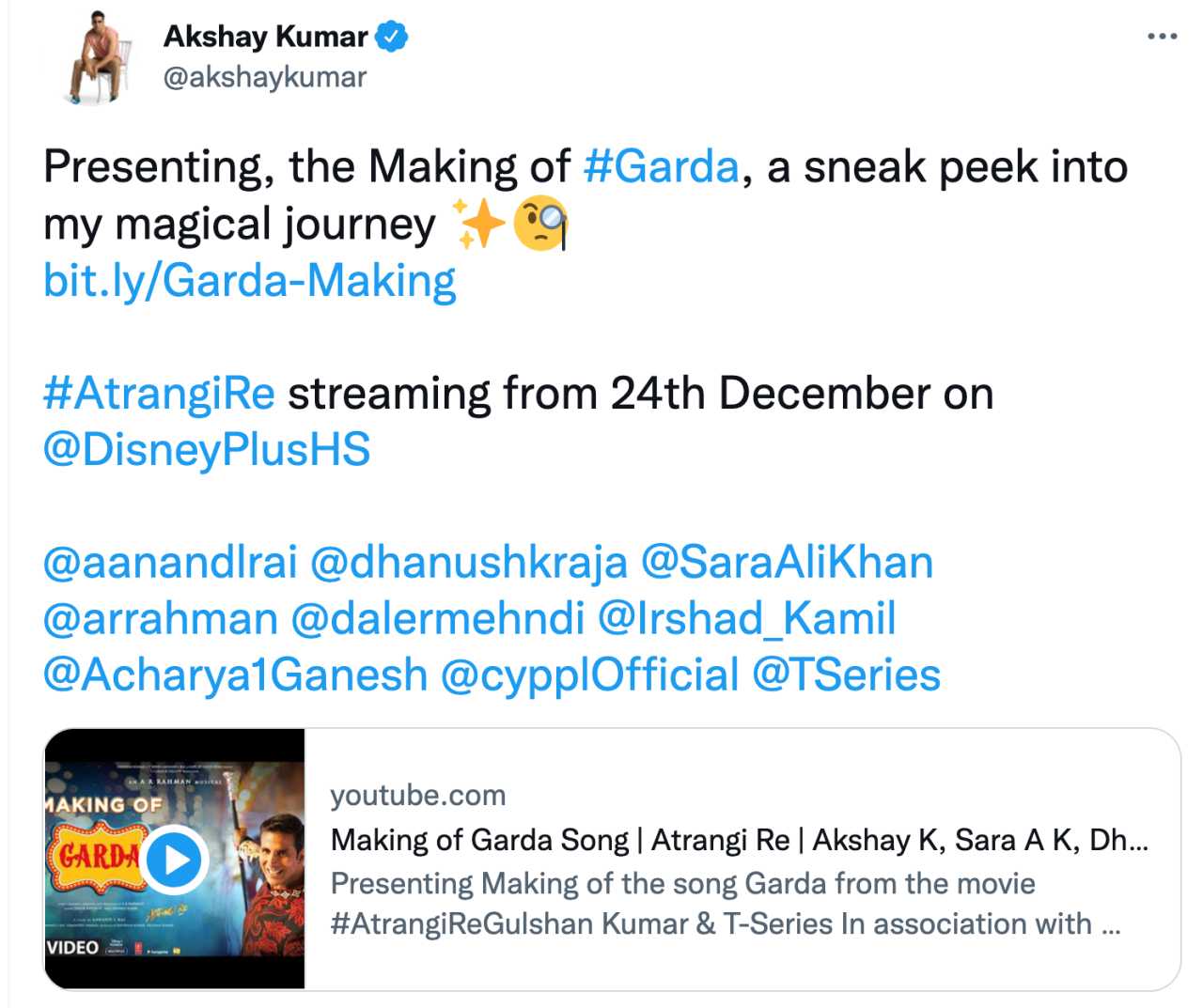 The video showcases the magical journey that is GARDA, which is set to take audiences into the new year with warmth and pride. The song exudes an abundance of zing and energy as Akshay Kumar take over screens with great pomp and show.

Megastar Akshay Kumar is seen looking his inimitable best, adorned in an embroidered sherwani and a magician’s black hat, performing to audiences whilst enthralling them with his magic tricks. Sung by the Punjabi music icon Daler Mehndi, with soulful lyrics penned by Irshad Kamil, the song has been composed by the twice Academy award winner A R Rahman.

Akshay Kumar is excited for the release of the film, which he himself refers to as an atrangi (extraordinary) story. The film has been written by Himanshu Sharma and is produced by Bhushan Kumar’s T-Series, Colour Yellow Productions, and Cape of Good Films. It releases in Hindi and Tamil and is available to stream exclusively on Disney+ Hotstar from 24th December.

Megastar Akshay Kumar has been unstoppable at the box office and screens throughout 2021, and is all set to entertain fans next year with a slate of releases featuring an eclectic array of characters and genres including Prithiviraj, Bachchan Pandey, Raksha Bandhan, Ram Setu and Oh My God! 2.