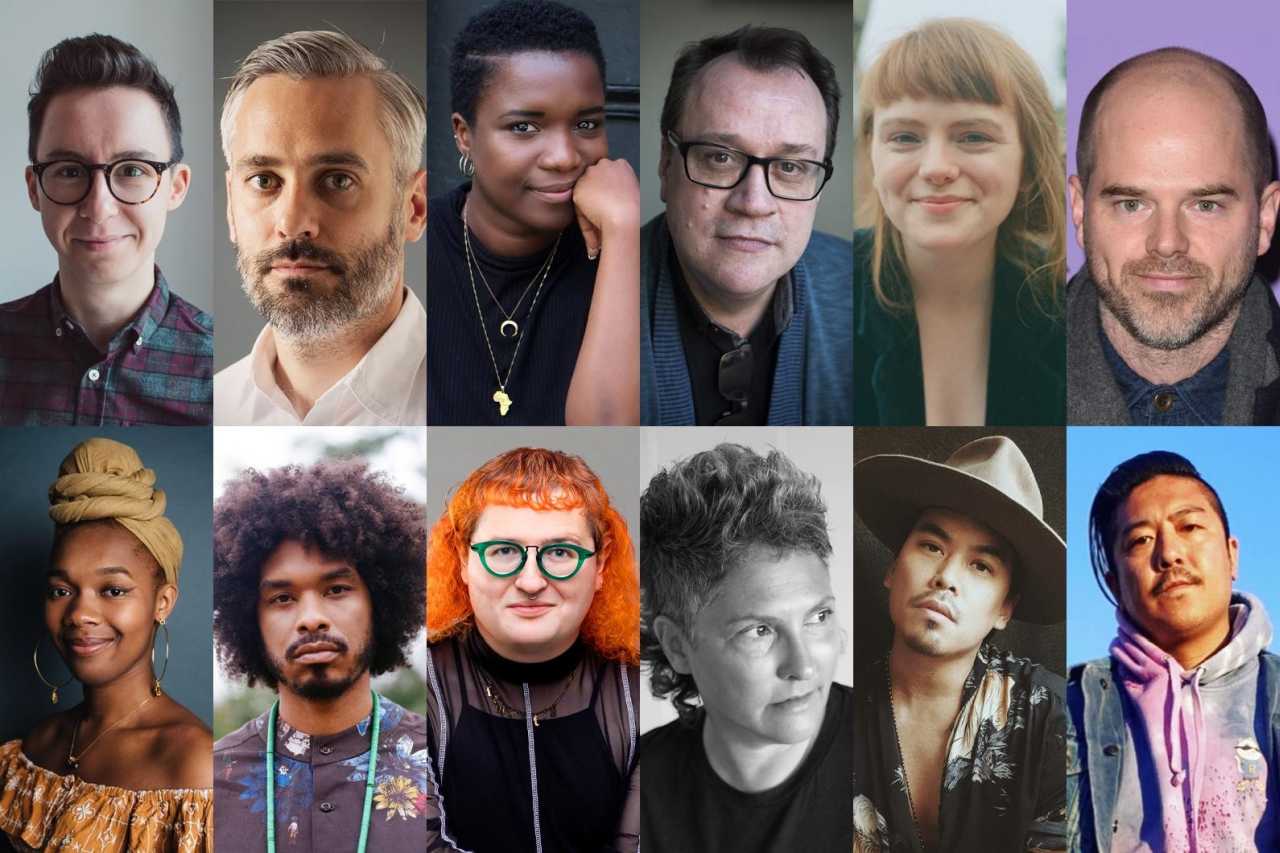 BFI Flare and BAFTA have revealed six emerging LGBTQIA+ filmmakers and the industry figures who have been supporting them for the BFI Flare x BAFTA Crew mentoring programme.

Meet the mentees that are breaking new ground in LGBTQIA+ representation on screen, along with their mentors (in alphabetical order):

Jack is a trans writer and director. In 2018 he won the Glasgow Short Film Festival Production Attic pitch with his film, Bouba & Kiki (2019), which premiered in competition at the festival the following year. His short film Everyman (2021) was commissioned through the Scottish Documentary Institute’s Bridging the Gap programme and won Best short film at SQIFF, as well as being shortlisted for a Grierson Award and screening at multiple BAFTA and Oscar qualifying festivals. They are about to release the Creative Scotland-funded short film Who I Am Now and have received early development funding through Short Circuit for their first feature Boifriend.

Jack is a graduate of the BA in filmmaking at the Royal Conservatoire of Scotland. In addition to his work as a writer-director, he works as an editor in high-end drama.

Jasmine is a writer and actor from north London. A graduate of the Guildhall School of Music & Drama, her debut full length play, seven methods of killing kylie jenner, opened at the Royal Court in July 2019 and won the Evening Standard award, Stage Debut best writer award, Alfred Fagon award, European New Talent award and the Critics’ Circle award for most promising playwright, and was nominated for an Olivier for outstanding achievement in an affiliate theatre.

In 2018, Jasmine was selected for the BBC Writersroom London Voices group. Her short film, home(body) (2020), was commissioned by the Young Vic through their Taking Part programme, and her recent digital play, batshit, was part of Headlong’s Unprecedented – a series of shorts performed in isolation, supported by Century Films and BBC Arts. Her latest play, curious, debuted at Soho Theatre in 2021.

Jasmine is currently writing and developing several projects for film and television including an original TV series, an adaptation of a major novel for Potboiler/BBC and a short film that will mark her first foray into directing.

Jasmine is mentored by Terence Nance (writer/director Random Acts of Flyness, An oversimplification of Her Beauty)

Paris is a writer-director working in film, television and commercials. His short film, Pommel (2018), was funded by the BFI and Creative England, and was nominated for the 2018 BIFA for best British short. His miniseries, The Century Egg (2020), was produced by Refinery Media for Singapore’s StarHub channel. He has directed commercials for companies including NSPCC, Coke Zero, Tesco, Jigsaw, Adidas and Rolex.

Paris is currently developing several projects for television including adaptations of the Inspector Low novels for 108 Media, Virginia Woolf’s Orlando, and The Boy in the Tower for producer Chi Tai, and has recently wrapped production on his debut feature, Raging Grace.

Margaret is a writer for screen, theatre and radio from Cork. Her debut full length play, Porcelain, was staged at The Abbey Theatre in 2018 and subsequently adapted for BBC Radio 4. Her play Collapsible (2019) premiered at the VAULT Festival before transferring to Edinburgh Fringe and Dublin Fringe, where it won the Dublin Fringe award for best new play, and transferred to the Bush Theatre in February 2020. Margaret is currently under commission at The Bush, The Abbey and Soho Theatre. She is developing original television projects with Balloon Entertainment and Number 9 Films, and a feature with Expanded Media.

Tabby is a non-binary writer based in east London. Inspired by Carly Rae Jepson and Tennessee Williams, their work explores the intersections between popular culture and politics. Their debut show, Since U Been Gone, premiered at the Edinburgh Fringe in 2019 after previewing at the Gate Theatre, and was described as “bold, honest and swollen with love” by the Guardian. Tabby is an associate writer with Middle Child, on attachment at the Oxford Playhouse via their Playhouse Playmaker programme, and an artistic associate for the Sky Arts Bursary at Stratford East.

A graduate of the Soho Theatre Writers Lab, they are currently developing work for stage with the Unicorn Theatre, The Place, Kilter and Petabus. They are also developing Since U Been Gone for television with support from Sarah Solemani through Oliver Lansley’s Wild Child.

Temi is an award-winning playwright, screenwriter and actor from north London. She studied English at Cambridge before training with the National Youth Theatre REP company in 2014. Her debut play, The High Table, was developed through the Royal Court’s Young Writers Group and was produced at the Bush Theatre in Lynette Linton’s debut season, earning Temi the Stage Debut award for best writer in 2020.

Temi wrte on season three of Netflix’s Sex Education, has written two episodes of Disney+ upcoming show Wedding Season and is attached to the BBC One adaptation of the Booker Prize-winning novel Girl, Woman, Other. She is also working on her own original projects in the UK and the US.

Alongside their mentoring, this year’s participants have enjoyed a programme of online and in-person masterclasses and discussions with filmmakers including Christine Vachon (Carol, Halston, Far From Heaven), Andrew Haigh (Weekend, Looking), Sebastian Meise (Great Freedom) and Chase Joynt and Amos Mac (No Ordinary Man), plus 1-2-1 coaching on wellbeing and career strategy. They also have access to the wider BFI NETWORK x BAFTA Crew programme of events and networking opportunities for emerging talent to connect with one another and the wider industry.

To date, the programme has supported more than 35 LGBTQIA+ filmmakers who are creating bold and exciting work in the UK and beyond. Alumni include Aleem Khan (After Love), Joy Gharoro-Akpojotor (Blue Story, Boxing Day), Georgi Banks-Davies (I Hate Suzie), Kayleigh Llewellyn (In My Skin, Killing Eve) and Amrou Al Kadhi (Little America, The Watch).