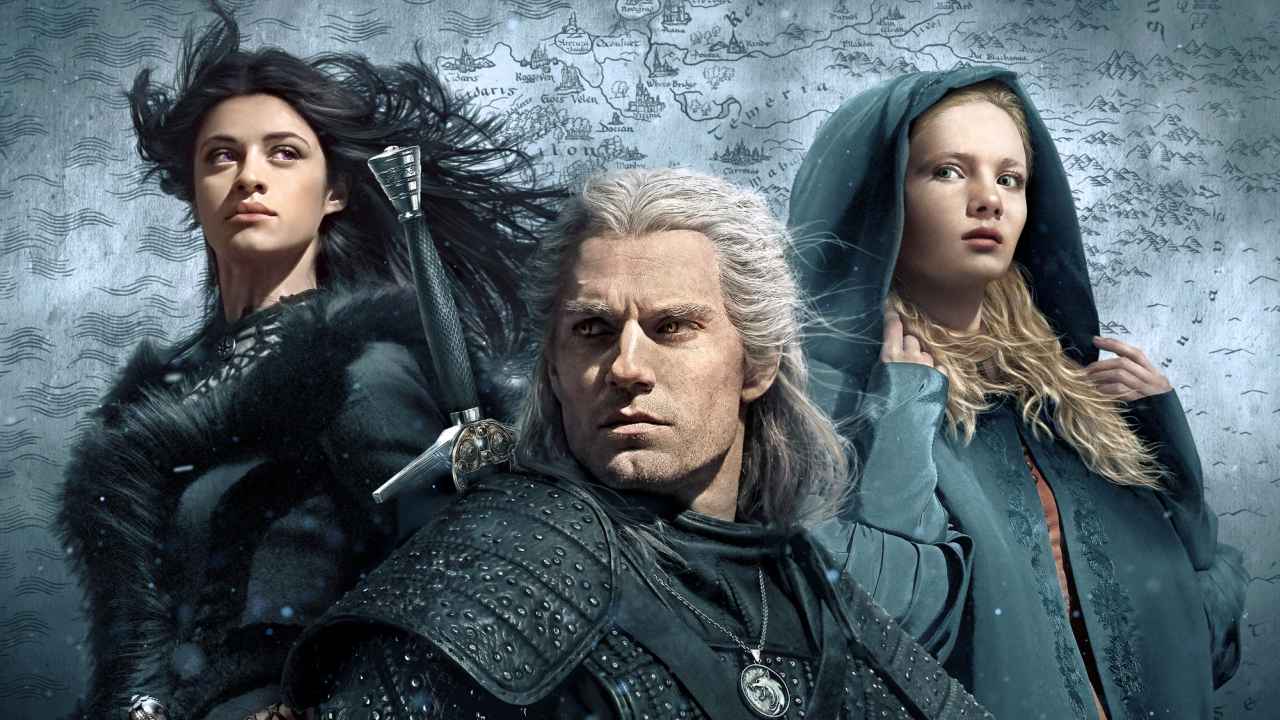 Hungary. Poland. Spain. For its first season, The Witcher traveled far and wide to honor its beloved source material. However, the COVID-19 pandemic made that nearly impossible for Season 2. Instead, the creative team, led by production designer Andrew Laws, pivoted and filmed the entire season in the UK, spanning across 15 different locations.

Production was based at Arborfield Film Studios, a 100-plus-year-old former army barracks which housed The Witcher’s three main stages. Arborfield’s backlot became the site for the numerous village sets and the exterior of Kaer Morhen.

“Kaer Morhen is a setting, but it’s really like a character in Season 2,” says Laws. “We were also aware that it’s an environment familiar to those who have read the books and played the video games, so we needed to honour that source material but also elevate it to a new level to keep it exciting for the audience. That was a great challenge, but also a responsibility that we took very seriously.” 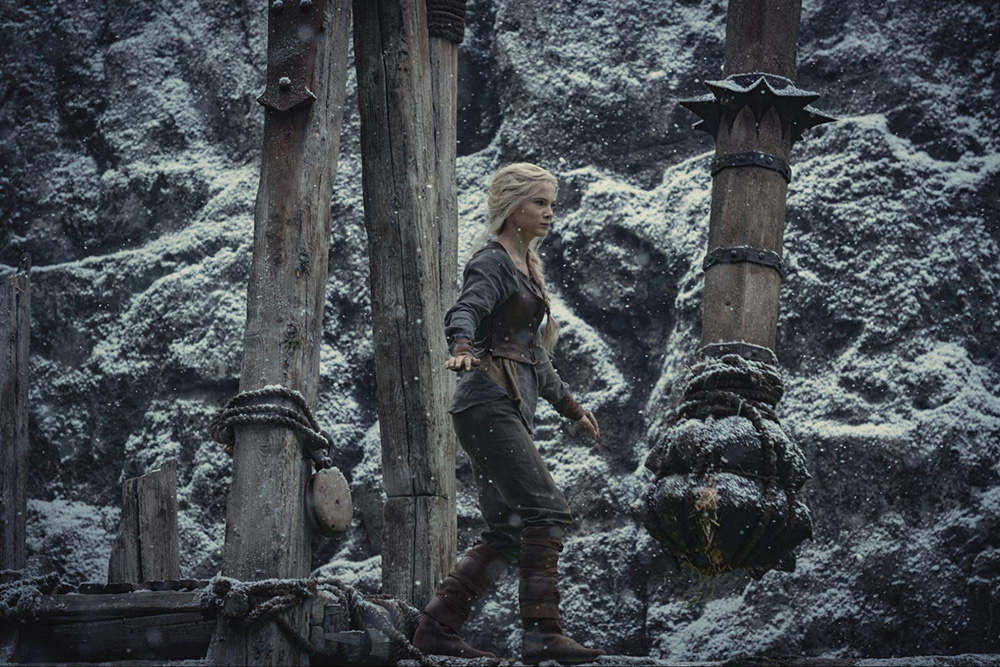 The exterior of Kaer Morhen also proved difficult because of the deadly Witcher obstacle course the production team had to build. “It was a very long evolution to get to the obstacle course. We had to really explore the idea of what a Witcher version of an obstacle course would look like whilst avoiding the pitfalls and tropes of it becoming a TV game show obstacle course that can become very predictable.” Laws says. “We worked a lot on the dynamics and engineering of the course to make it really unpredictable and dangerous.” 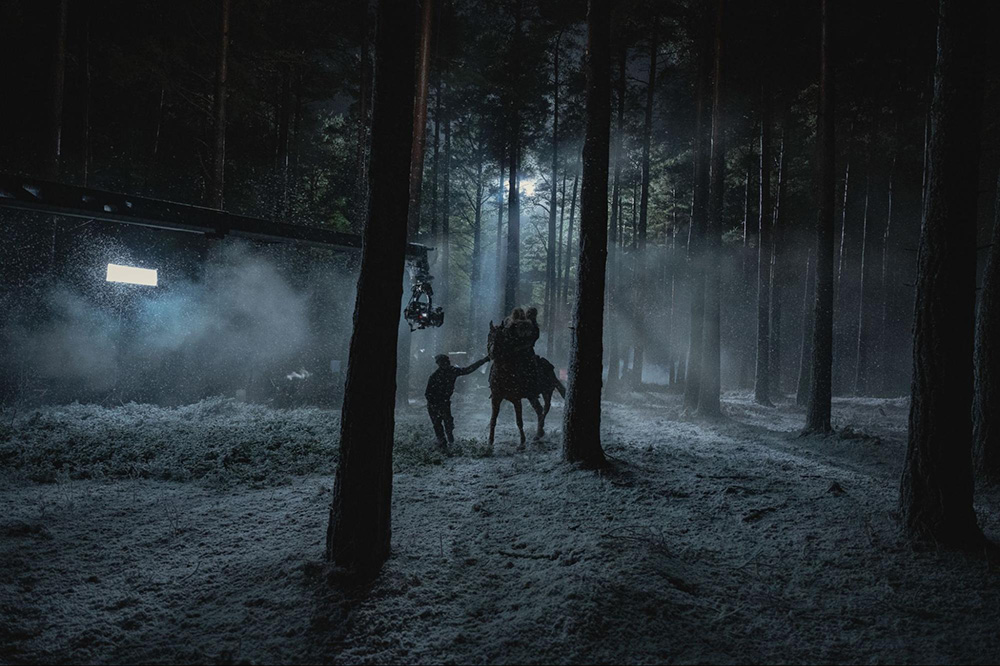 The first day of location shooting took place in Coldharbour Wood in Chichester, where the art department built a full elven village hidden amongst the trees. Production also filmed in Bourne Wood in Farnham, a favourite with film producers which can be spotted in numerous films including Gladiator, Jurassic World: Fallen Kingdom, and Harry Potter and the Half-Blood Prince. 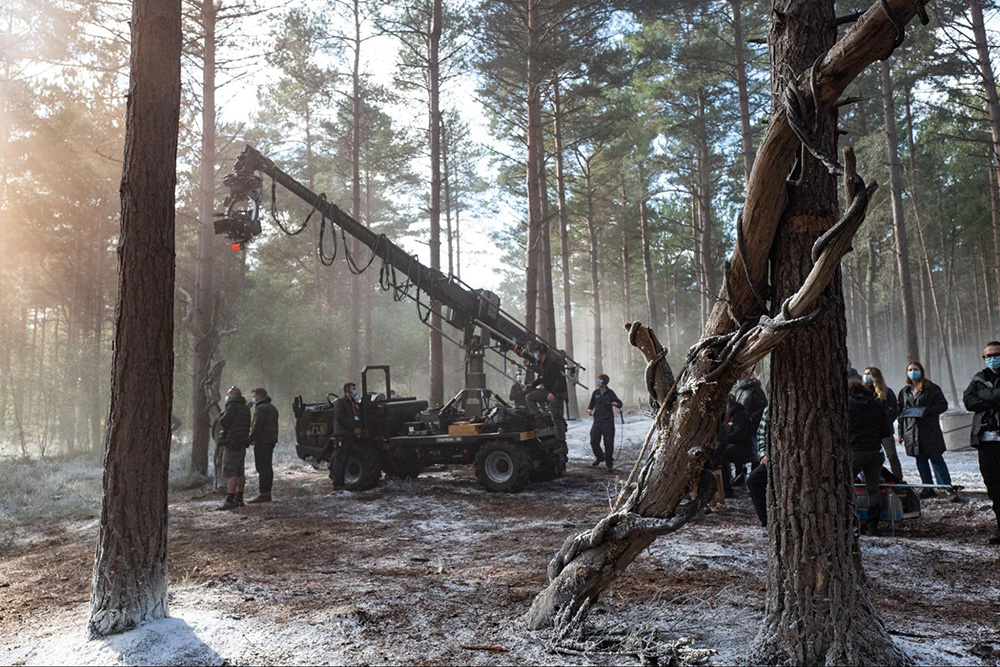 The cast and crew worked for five days at MOD Deepcut Surrey, a major training base for the British Army, which was used as part of the exterior to Kaer Morhen — including the Killer Trail, a rocky path encircling the Witchers’ home.

The unit then traveled north to continue their exterior location work in the Lake District in Cumbria, where they filmed at Blea Tarn. The cast, crew, and all the filming equipment had to be winched down into one of the caves of Hodge Close Quarry for a pivotal scene. Production also visited Rydal Cave, a man-made cavern which, over 200 years ago, was a busy working quarry supplying roofing slate to the surrounding villages. 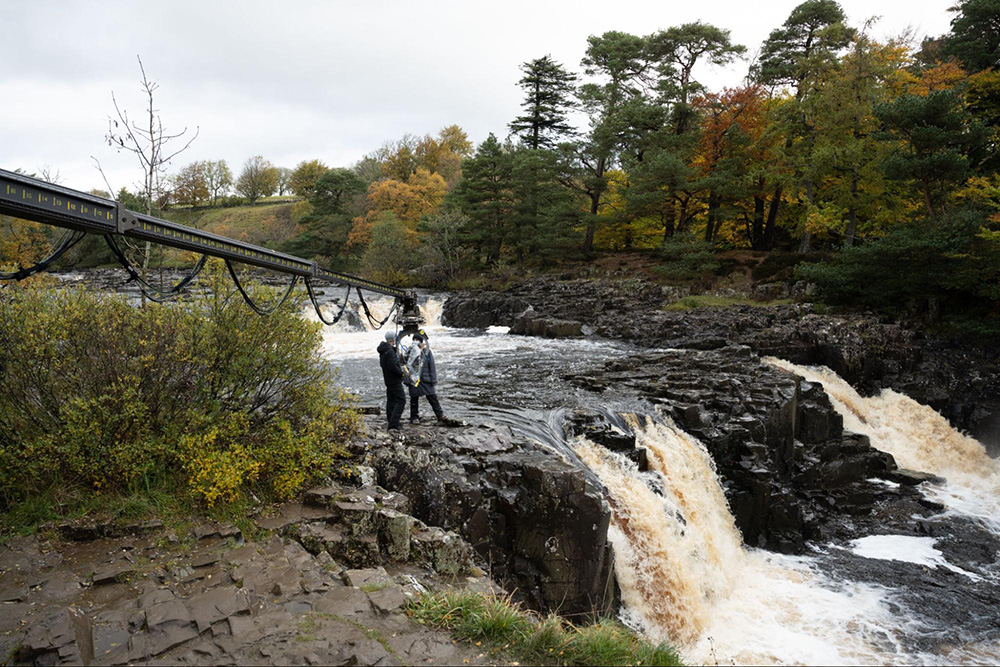 Production then traveled to County Durham, home to the Low Force Waterfall in Teesdale, an 18-foot-high set of falls on the River Tees. It is situated within the North Pennines’ Area of Outstanding Natural Beauty and the European Geopark. The bridge that crosses it, Wynch Bridge, was built in 1830. It is strongly suggested, perhaps not surprisingly, that only one person crosses it at a time due to its stability. 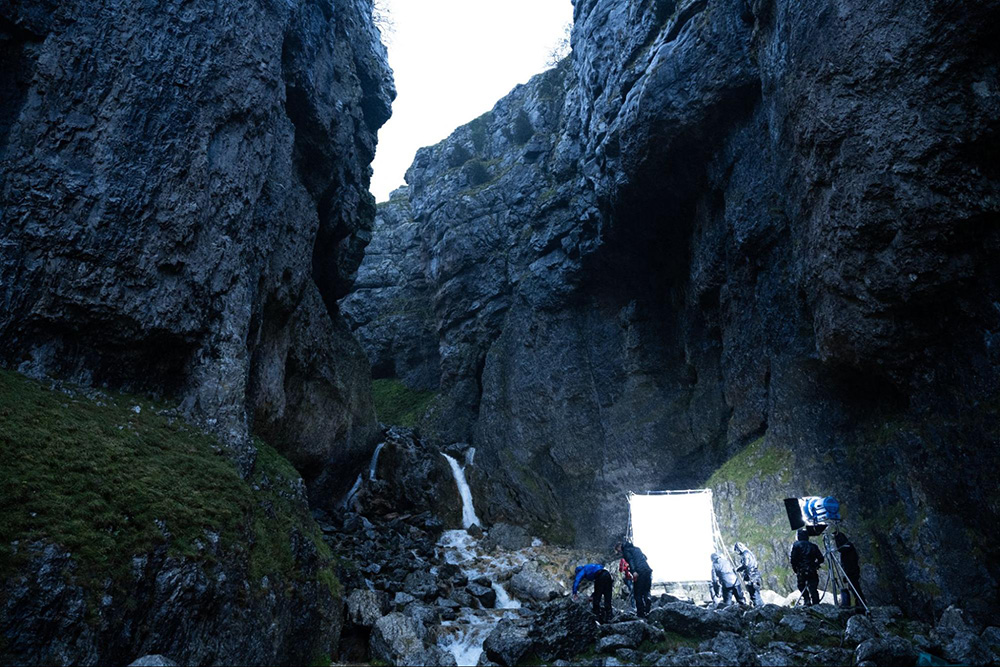 The cast and crew next moved into Yorkshire, spending three days filming at Gordale Scar, one of the jewels in the crown of the Yorkshire Dales National Park. This hidden gorge has wowed visitors for hundreds of years and inspired famous artists such as J.M.W. Turner and James Ward, and writers like William Wordsworth. It has two waterfalls and dramatic limestone cliffs which are over 100 meters high. Torrents of glacial meltwater and successive Ice Ages have carved the rock over thousands of years to create the impressive, mossy gorge seen today.

“We began to explore Yorkshire a lot more deeply and found some just absolutely extraordinary locations up there,” Laws says. “The Lakes area afforded so many variations without being too spread apart.” 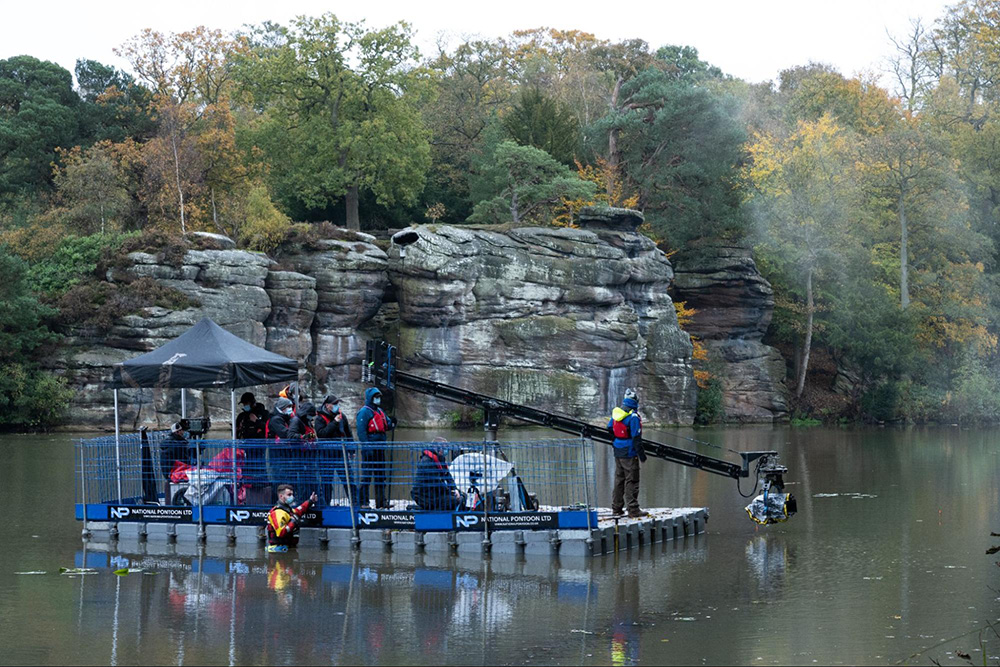 Plumpton Rocks, a last-minute find by the location department, is a Grade 2 listed man-made lake surrounded by gardens and towering rocks, eroded over hundreds of years by wind and rain. It has been described by English Heritage to be of “outstanding interest.” The large picturesque garden was formed in the 1760s and was also a favourite spot for the artist J.M.W. Turner who, following his visit to Yorkshire in 1797, was commissioned by the owner of Plumpton Rocks. These works of art were Turner’s very first commissioned landscapes in oils. “In the end, it satisfied all the little pieces,” Laws says of Plumpton Rocks. 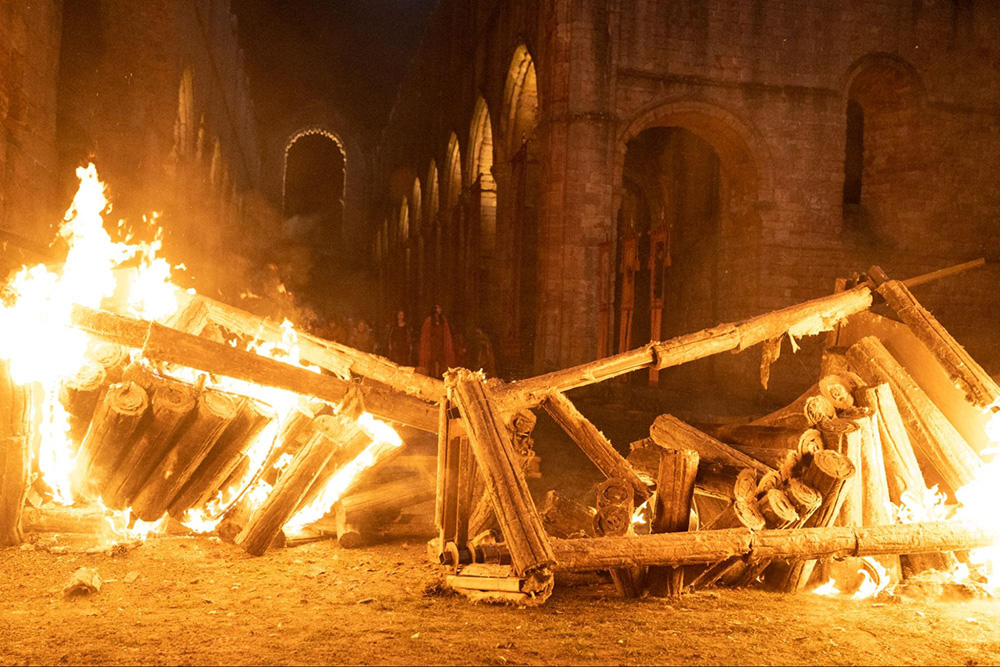 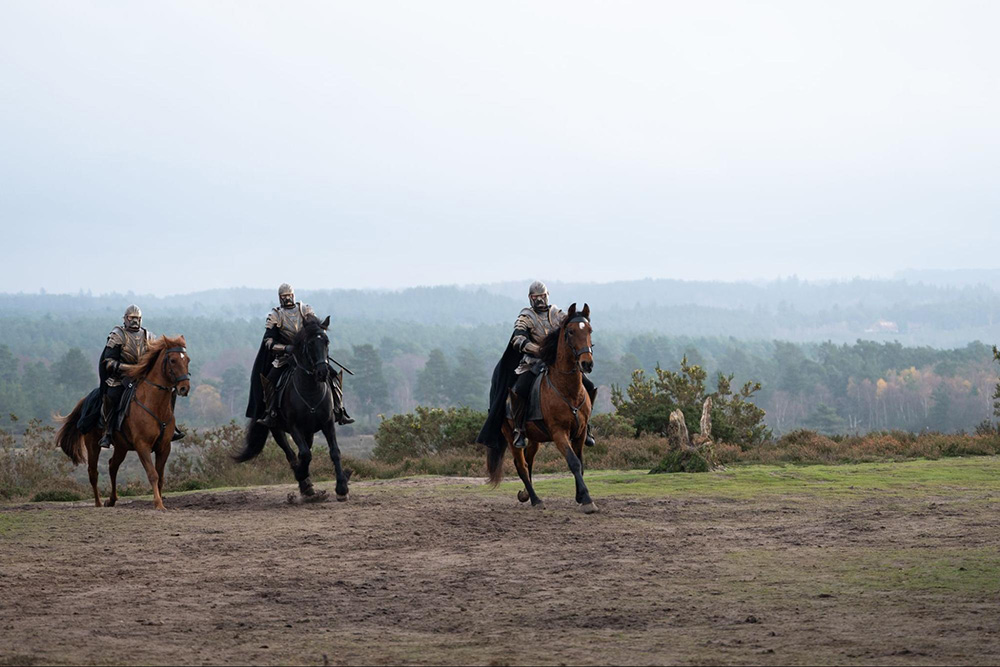 Filming also took place at Frensham Ponds, Frensham Great Pond and Frensham Little Pond in Surrey. The latter two were built during the Middle Ages to provide fish for the Bishop of Winchester’s estate. The expanse can also be seen in the 1959 film The Hounds of Baskerville, the British comedy Carry On Jack, and, more recently, The Mummy, doubling for the River Nile.

Snabba Cash is coming to Netflix on April 7