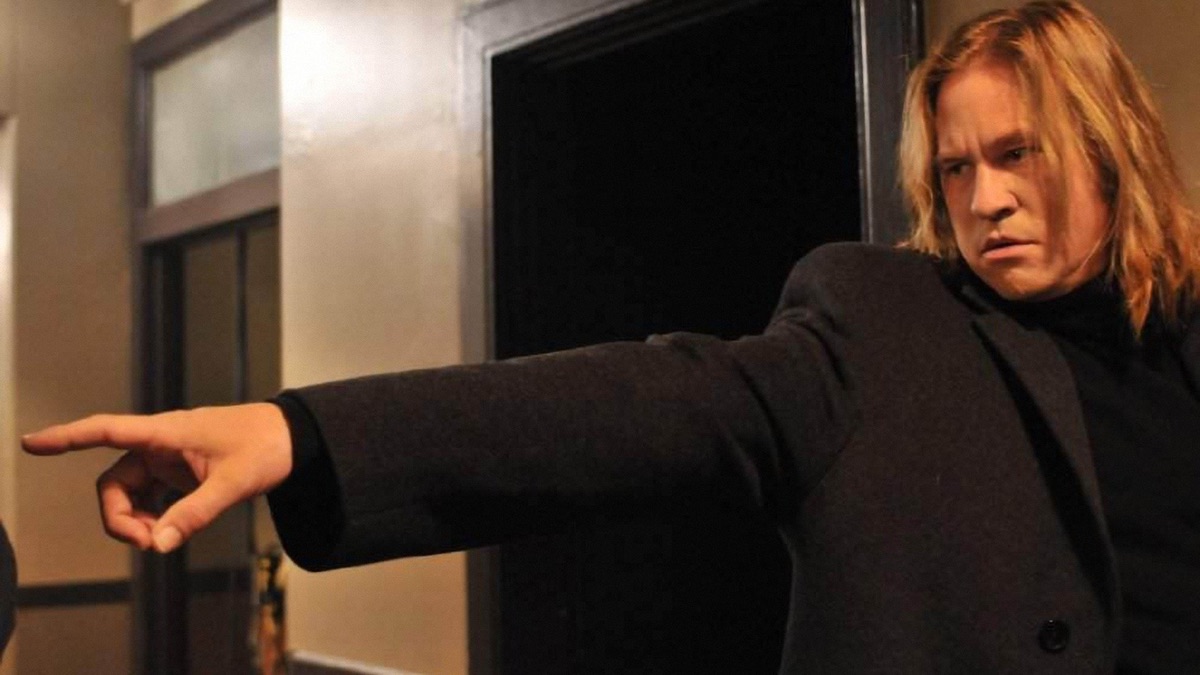 The Traveler staring Val Kilmer. A walk into the likes of Vincent Price action gory blood it is definitely a Horror fans delight.

My reaction as I started the movie was it was filmed like an A Type Hollywood movie, with some decent acting,and thus the actual watching was quite easy to watch, initially, and stay intense on Who is the Mr. NOBODY. A man walks in on Christmas Eve into the Police Station and starts his first of six confessions for murder. Has no fingerprints that can be read and puzzles the small town police force of 6 officers working that night.

One by one they start to realize who Mr Nobody really is, and one by one they disappear. The movie was with Val Kilmer who even in his worst movies he in my mind puts his self into the acting and at certain parts of this originally Suspense Thriller Kilmer had me believing certain aspects of the old Vincent Price movies in certain scenes you can get the appreciation for his true acting, so much of what Hollywood has lost with the new Beautiful stars with not so much acting finesse, I am from your day Kilmer and I know your getting onwards but I feel a second wind coming up in the next few years for you.

Other than Val Kilmer, the movie really was just OK maybe not the low 4´s rated from most other but I am not even a Horror fan, which is what the movie seemed to turn into, but the movie itself was just OK.

It could´ve taken twists and turns to make it a little more interesting but the Director failed to exercise a more interesting approach than I personally viewed but a little re-scripting of scenes and avenues the same movie could have been a somebody in my personal own way of believing.