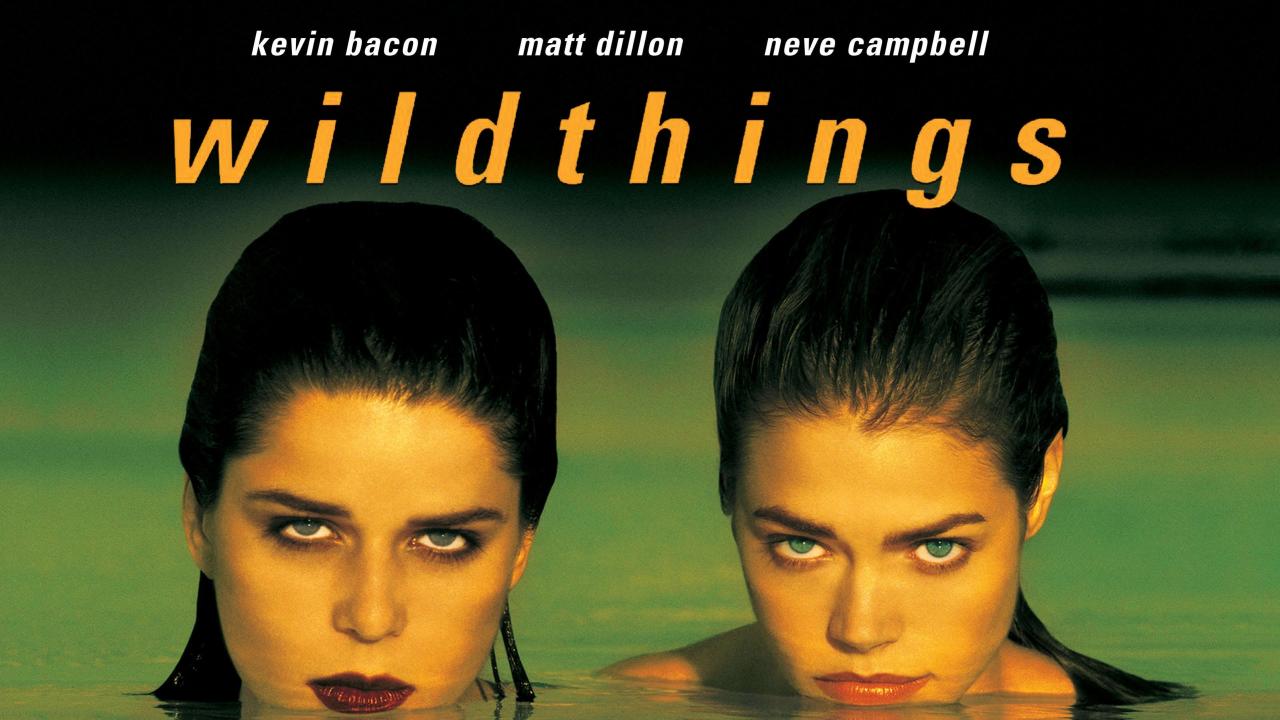 Arrow is turning up the temperature early this year with May releases that include an under-seen slasher gem, a martial arts masterpiece, and late ’90s neo-noir sleaze. It’s a great time to be a fan of physical media.

In the early ’80s, the slasher film reigned supreme. While franchises headlined by guys named Michael, Freddy, and Jason received most of the attention, smaller entries routinely popped up all across America. On May 17, Arrow will shine a light on one of these lesser-known efforts – Girls Nite Out. Originally released as The Scaremaker, Girls Nite Out is an oddball slasher directed by a former documentarian and produced by a pair of Ohio attorneys. A group of college coeds participates in an all-night scavenger hunt when the fun is interrupted by a killer in a bear costume. Arrow will be releasing the film in a brand-new 2K restoration and loaded up with special features, including all-new interviews with stars Julia Montgomery, Laura Summer, Lois Robbins, Paul Christie, Lauren-Marie Taylor, and John Didrichsen.

On May 24, Arrow will celebrate the life of the late, great Jimmy Wang Yu with the release of what may be his finest work – One-Armed Boxer. Yu directs and stars as Tien Lung, a martial arts student that loses an arm in the same attack that leaves his classmates and master dead. Fueled by revenge, Tien Lung studies the art of one-arm boxing with plans to track down the Hook gang responsible for his unfortunate predicament. One-Armed Boxer is widely regarded as one of the most influential martial arts films of the ’70s and the film that put Jimmy Wang Yu on the map. Director Quentin Tarantino has referred to it as “one of the best martial arts films ever made,” and it paved the way for an iconic sequel in Master of the Flying Guillotine. The new release from Arrow features a 2K restoration, audio commentary with Frank Djeng from the NY Asian Film Festival, a career retrospective interview with Wang Yu, and much, much more.

Things get hot and steamy in 4K on May 24 with the release of John McNaughton‘s Wild Things in both standard Blu-ray and UHD Blu-ray. Matt Dillon stars as a high school guidance counselor accused of rape by two students (Denise Richards and Neve Campbell). During the highly controversial trial, a police detective (Kevin Bacon) begins to suspect the trio may be in cahoots. Critics have praised Wild Things as “delightfully salacious” and a treat for lovers of trash cinema. Famed critic Roger Ebert gave the film 3 out of 4 stars, calling it a “three-way collision between a softcore sex film, a soap opera and a B-grade noir.” Arrow is proud to present the film with 4K restorations of both the Original Theatrical Version and the Unrated Edition from the original camera negatives by Sony Pictures Entertainment. Special features include two audio commentary tracks, new interviews with McNaughton and Richards, a making-of documentary, a double-sided fold-out post, and more. This is truly the release that Wild Things has always deserved.

A host of familiar genre faces including Hal Holbrook (Creepshow), Rutanya Alda (Amityville II: The Possession), Julia Montgomery (The Kindred) and Lauren-Marie Taylor (Friday the 13th Part 2) rounds out the cast of this gloriously mean-spirited slice from the slasher golden age, Girls Nite Out! The students of DeWitt University are preparing themselves for a night of fun and frolics in the form of an all-night scavenger hunt. Little do they know that they are in fact the ones being hunted…

An unhinged assailant, disguised in the college’s goofy bear mascot outfit – and bearing knives for claws, two years before Freddy donned his famous gloves – is stalking the campus hellbent on carving up co-eds.

Originally released under the only marginally more appropriate title of The Scaremaker, Girls Nite Out is a decidedly singular slasher flick which comes on like a frenetic cross between Animal House and Friday the 13th – veering from jovial frat antics to jarringly disturbing scenes of the killer shrieking obscenities as he slices up his victims. On this nite out, no one is coming home!

When former Shaw Brothers executive Raymond Chow founded rival studio Golden Harvest in 1970, he quickly teamed up with “Jimmy” Wang Yu – Hong Kong’s first kung fu superstar and formerly Shaw’s biggest box office draw. Bringing over his peerless talent for taking on all foes with one hand tied behind his back, Wang wrote, directed and played the title role in one of his most unmissable kickass classics. From the legendary star of One-Armed Swordsman and The Chinese Boxer comes…

One-Armed Boxer! Yu Tian Long (Wang) is the best fighter to come out of his local martial arts school, but when he crosses the ruthless leader of a local crime syndicate, the big boss’ brutal bevy of deadly killers make mincemeat out of the school and everyone inside. Now the only survivor of the massacre, and short of one appendage, Yu is gifted a powerful elixir that promises to give him the strength to take swift revenge on the army of assassins, each representing the most lethal forms of fighting from across the Eastern hemisphere.

Proving once and for all that you only need five fingers of death to get the job done, Wang would later reprise his role in the infamous sequel Master of the Flying Guillotine, but it’s the dementedly inventive original where he’s arguably at the height of his powers.

A spoiled rich kid, a troubled teen from the wrong side of the tracks, a carefree playboy and a dogged detective find themselves all caught up in the sex crime of the century in this steamy star-studded crime thriller from the director of Henry: Portrait of a Serial Killer. Popular and charming, student counsellor Sam Lombardo (Matt Dillon) is no stranger to being the focus of female attention within the moneyed cliques of Florida’s Blue Bay. His fortunes are about to change dramatically, however, when one of the wealthiest students at his high school, sultry siren Kelly Van Ryan (Denise Richards), accuses him of rape.

The charge looks sure to stick when another girl from the other end of the social spectrum, Suzie Toller (Neve Campbell), steps forward with her own allegations, but Detective Duquette (Kevin Bacon) smells something fishy, and the truth is as murky and dangerous as the alligator-infested swamps in the hinterlands of this affluent beach community.

Presented in new 4K restorations of its original theatrical version and extended ‘Unrated Edition’, Wild Things is a classic piece of sexy late-90s neo-noir from director John McNaughton and writer Stephen Peters, whose serpentine plotting will keep you on the edge of your seat until the end credits roll.