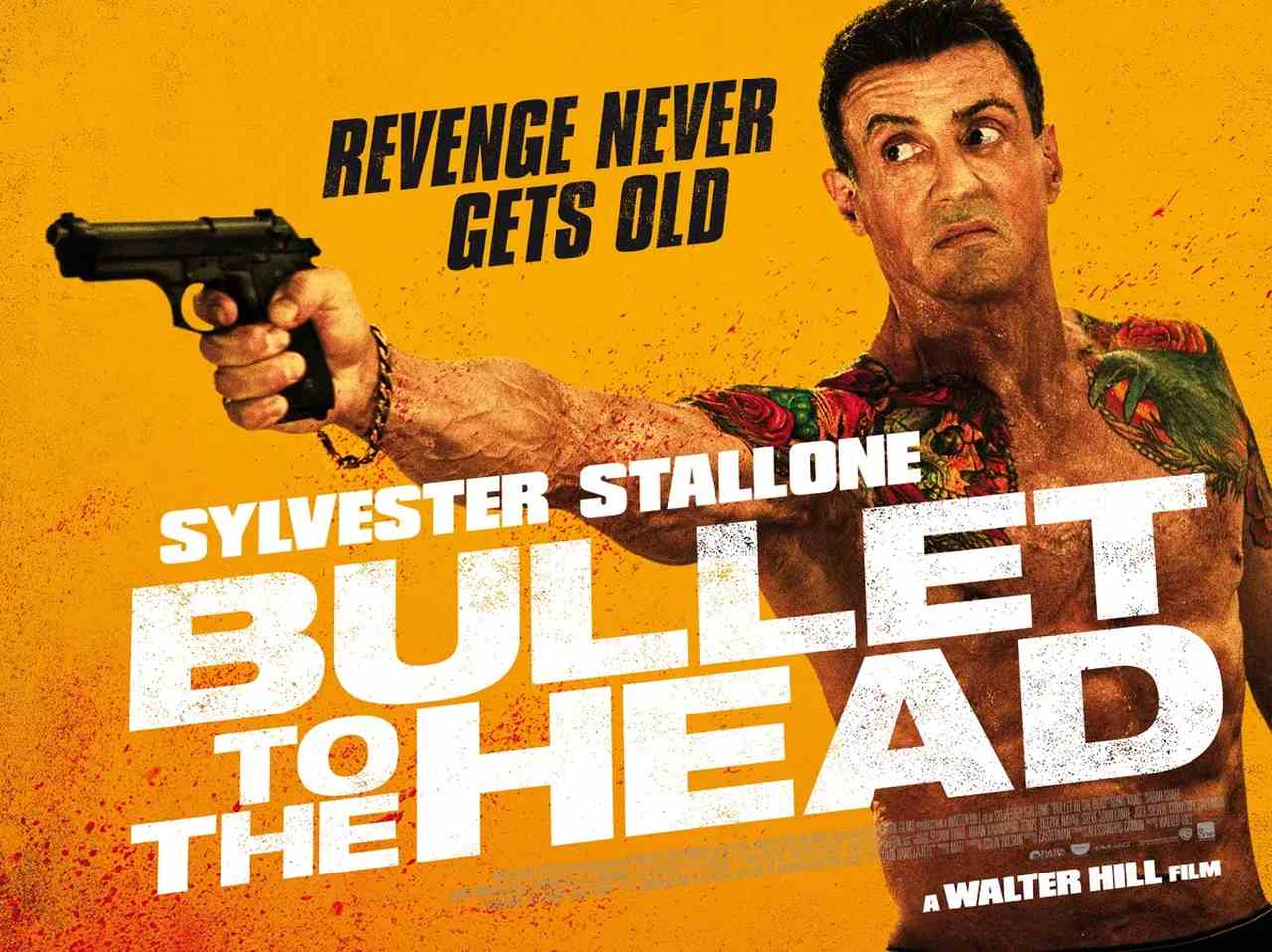 Bullet to the Head is a fast paced old school action film. It recalls the days of the endless string of somewhat cheesy, but fun action packed crime thrillers of the 80’s to 90’s. The action scenes, the bad guys, the buddy relationship, and the simple plot will remind you of films such as, 48 Hours, Red Heat, Showdown in Little Tokyo, Hard Boiled, Faceoff, and the Lethal Weapon movies. Sylvester Stallone continues his recent good track record of films he began with Rocky Balboa, Rambo, and The Expendables movies.

Sylvester Stallone looks great for a 66 year old man. Stallone looks like he is in even better shape than much younger actor Jason Mamoa. He shows you he still can be a powerful and intimidating presence. In Bullet to the Head with his hardened exterior and energy he brings to the action scenes, Stallone still has a lot to offer as an action movie hero. His partner in Bullet to the Head, played by Sung Kang has excellent chemistry with Stallone. Their buddy relationship is amusing at times as they both exchange sarcastic, witty, and funny one liners.

The relationship between them is one of the main factors that makes this film a decent watch. Sung Kang as Taylor Kwon is great as his sidekick in Bullet to the Head. Sung Kang is an excellent actor who has been featured in the Fast & Furious movies. He also was in Ninja Assassin (2009) and Live Free or Die Hard (2007). Some of the acting in Bullet to the Head is bad at times, such as Christian Slater’s small part in the film.

You can tell Christian Slater wasn’t enthusiastic about his throw away character, Marcus Baptiste. His performance as a scummy and corrupt lawyer, who gets a shotgun blast to his head by Stallone was uninspired and forgettable. Sylvester Stallone likes to help out actors that are down on their luck, but I would have preferred if he picked someone like Eric Roberts for the Marcus Baptiste character. I have kind of mixed feelings about Jason Momoa in this film. At times he seemed stiff and other times he was perfect as a muscle-bound douchebag meat head enforcer. He does put on a good athletic display in fighting and when he kills several of Robert Morel’s thugs.

He actually reminds me somewhat of Dolph Lundgren’s various roles in films and his acting style. I am not familiar with Jason Momoa as an actor, since I have not seen any of the films he has done such as the remake of Conan the Barbarian (2011). Jason Momoa could be a big star with a better agent and some lessons to improve his acting. The females will most definitely love him. The Arab and Spanish mixed, Sarah Shahi is very beautiful as the daughter of Stallone’s character in Bullet to the Head. She isn’t in much of the film, but leaves you with the impression that she is talented.

Sarah Shahi when I first saw her in the movie, kind of reminds me of Kat Von Dee with all her tattoos. Bullet to the Head has a lot of scenes shot at night. It also involves Sylvester Stallone and Sung Kang driving around in a fancy car, which is reminiscent of the Fast and the Furious films. The intense action scenes featuring brutal fist fights, people getting stabbed with knives, shot all over their body, explosions, usage of fire axes, and lots of blood are all well done.

The bath house fight and the final fight featuring axes between Stallone and Momoa were good and brutal, but could have been better. The well choreographed fight between them at the end was too short.

The action scenes are done with excellent camera work at different angles. Some brief nudity is featured in Bullet to the Head, just some breast shots.

As for the music in the movie, if you are a fan of Jazz and blues you will like the soundtrack. It fits the New Orleans setting that Bullet to the Head is in.