CGO
Home Bollywood Akshay Kumar on Koffee With Karan 7: The only Hindi actor to... 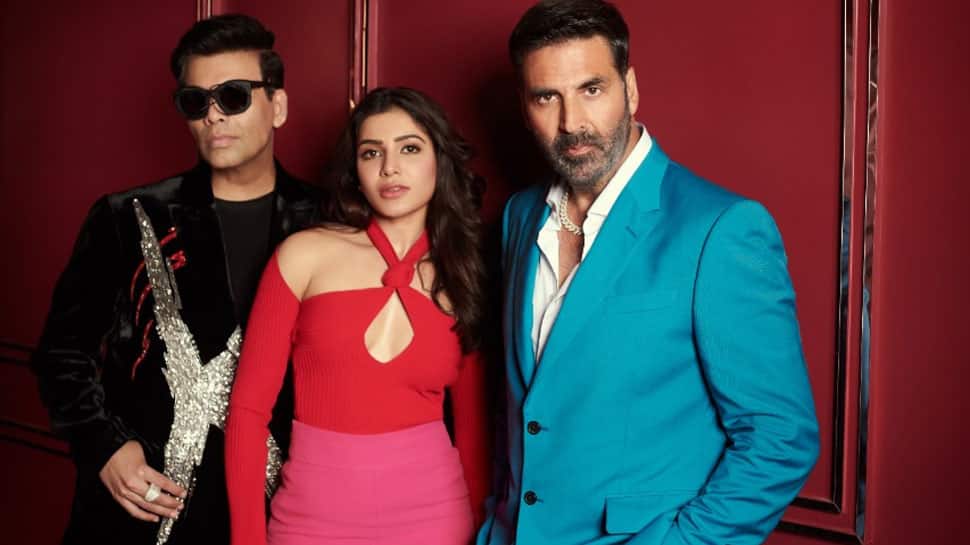 The third episode of Koffee With Karan season 7 just drooped, and it features the imitable Indian megastar Akshay Kumar along with the sensational Samantha Ruth Prabhu. During the show, Karan Johar revealed that Akshay was the only Hindi actor to make it on Ormax’s Top Pan-India biggest male actors, with the rest of the stars coming from the South Indian film industry.

Both Akshay and Samantha Ruth were candid as they shared their feelings on topping the popularity survey; Akshay said that all actors had to do was to simply work hard.

The ‘Bollywood royalty’, as per Samantha, also heaped praises for Tiger Shroff among the Gen Z actors for moving the industry forward.

On the show, host Karan Johar quizzed Akshay about which Gen Z actor he would prefer to share the “Khiladi” title with, and the Megastar responded “Tiger Shroff” without any hesitation.

Fans do not have to wait too long for the duo to team up, as Akshay and Tiger will be seen sharing the screen for the first time in the action thriller Bade Miyan Chote Miyan next year.