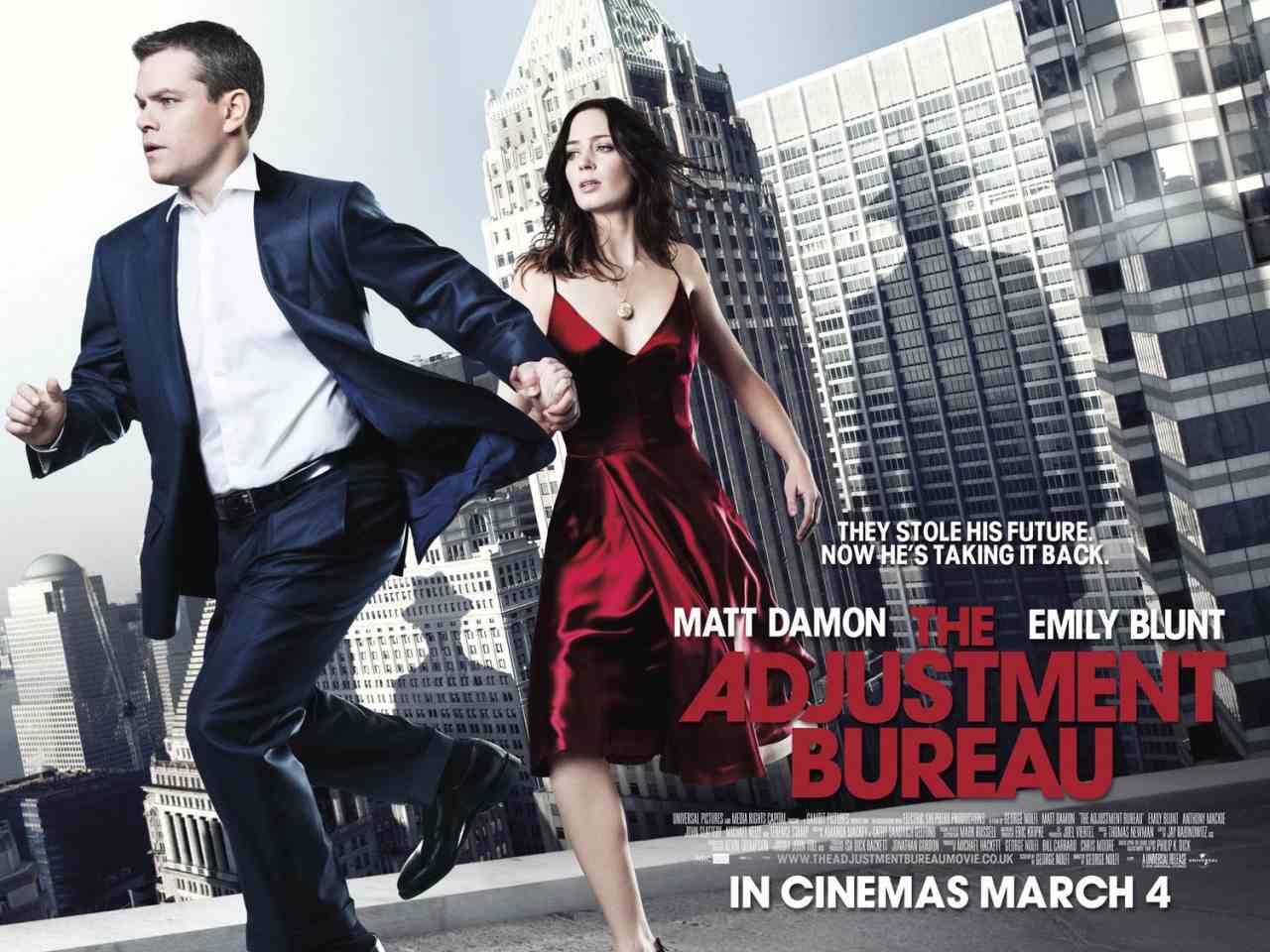 Science, philosophy or religion – none has ever been able to put a full stop over questions raised on fate and free will. This movie, The Adjustment Bureau, explores the ever interesting topic, our ability to decide our own fate. This fast paced brainy thriller is also probably the most romantic movie of recent times.

In, the adjustment Bureau, Matt Damon plays a rising young politician David Norris. On the eve of US senate elections David Norris meets a beautiful ballet dancer Elise, Emily blunt, and they kiss. She inspires him to deliver a memorable speech. He feels fallen for her. He meets her in a bus, after some time, where her fascination to him translates into true love. But soon David finds that some mysterious men have conspired to keep them apart.

David learns that those men are members of, the adjustment bureau. Those creatures have a job to make sure that things go as per written destiny. They adjust the happenings, if something starts to go out of plan. Meeting Elise was a big deviation by David from written plan. The men of bureau must make sure that the two are kept apart.

David Norris is forced kept apart from Elise but true love is too strong to be stopped. A senior from bureau warns David of the consequences and gives some reasoning for the written fate. David keeps himself away from Elise for some time. Elise feels terrible and thinks as if she has been dumped and decides to marry another guy. But when David learns about Elise getting married, he wants to reach her at any cost. He is helped by one of the agents of the bureau. David and Elise risk everything they had to remain together. Their true love even changes the fate.

This movie is based on Philip K. Dick short story, The Adjustment team. Director and Screenplay writer George Nolfi has done a masterful job of making a high class adaptation of the short story. The pace of movie keeps viewer interested all the times. The penultimate thirty minutes of the movie are just breathtaking. Both Matt Damon and Emily blunt are convincing in their roles and the chemistry between them is amazing. There are several scenes that leave their mark and are still fresh in my eyes. One example, the scene where David Norris leaves Elise alone in the hospital is truly wonderful. The look of Elise eyes in that scene is truly heart breaking. There is a list of such scenes. The score is wonderful too!

One the flip side, predictably, reasoning given by men of the bureau is not convincing at all. I haven’t read the short story but my understanding of the literature suggests that “the doors” must be metaphors for a bigger picture their but they are used in their literal meaning in this film. On the whole, it is nice watch, go for it!