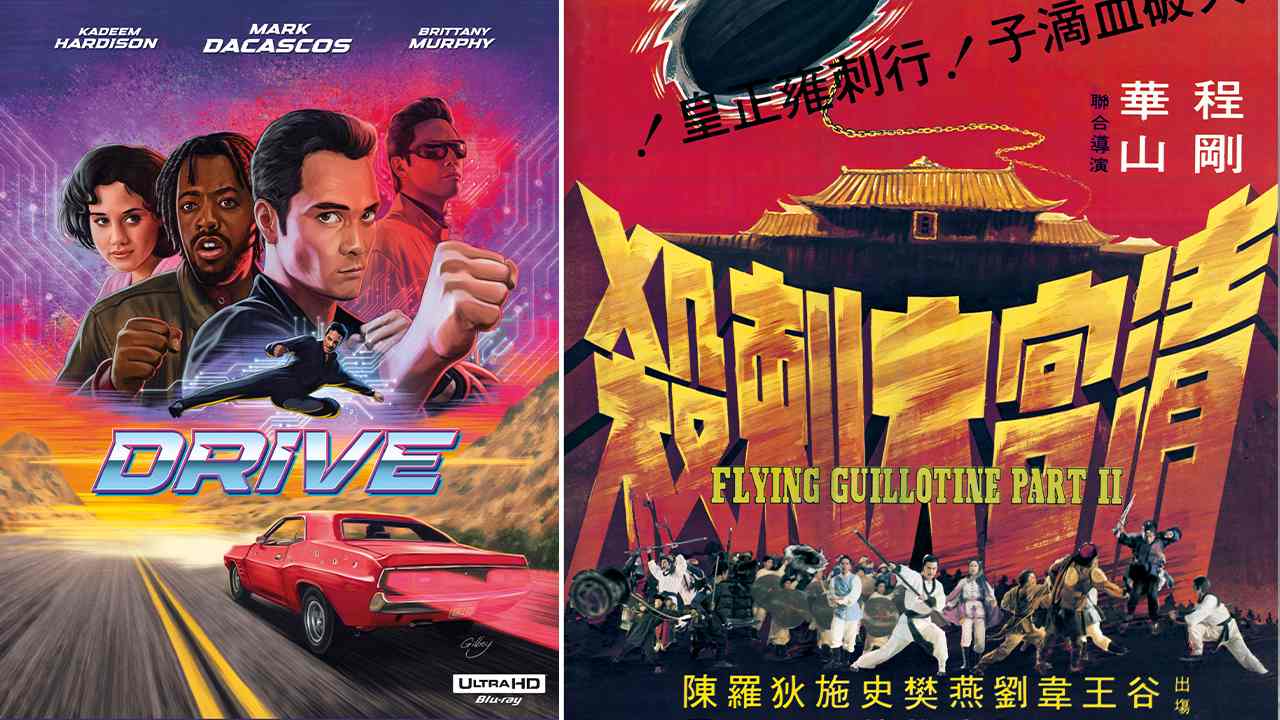 88 Films continue their expansion into the North American video market with three distinct titles that showcase a wide range of what Hong Kong cinema has to offer.

Releasing on August 9 is 1997’s Drive from director Steve Wang. The legendary Mark Dacascos stars as Toby Wong, a special agent from Hong Kong with a device implanted into his chest in this exhilarating sci-fi action adventure. The device gives him superhuman speed and agility, effectively making him a prototype for an enhanced human and the perfect weapon for war. Not wanting to live under Chinese control, Wong flees to San Francisco with Chinese hitmen following in pursuit. Wong’s goal is to make it to Los Angeles and sell the device for $5 million.

Drive was part of the significant influx of Hong Kong influence on American action films in the ’90s. As a direct-to-video release, the film was lost in the shuffle of actioners of the day, but over time has developed a cult following and due praise for the wonderful set pieces and fight scenes. Fight choreographer Koichi Sakamoto “brings his kinetic style and superhero poses into more of a Hong Kong action style,” (Outlaw Vern). That result is a nonstop thrill ride that audiences will want to take over and over again.

The 88 Films special edition release of Drive includes the director’s cut in 4K Ultra HD, as well as the original cut of the film in 2K. Special features include audio commentary, cast and crew interviews, and the brand-new feature, Highway to Nowhere. Drive co-stars Kadeem Hardison and Brittany Murphy.

Also releasing on August 9 is Flying Guillotine 2, also known as Palace Carnage. This follow-up to the Shaw Brothers’ hit film, The Flying Guillotine, ups the action in big, big way, delivering one of the most delirious and violent entries from the legendary studio. Lung Ti stars as Ma Teng, a heroic outlaw that partners with a group of female freedom fighters to rise up against evil emperor (Feng Ku).

Despite being plagued by various production issues, including the departure of key cast members, Flying Guillotine 2 delivers impressive action with high-flying aerial attacks and a never-ending display of creative weaponry. Even the titular guillotine is updated to include new features that make it even deadlier and bloodier than before. A favorite of Quentin Tarantino, the Flying Guillotine 2 proves to be a worthy successor.

The 88 Films release includes the complete and uncut version of the film package in a limited edition slipcase with a collector’s booklet and poster.