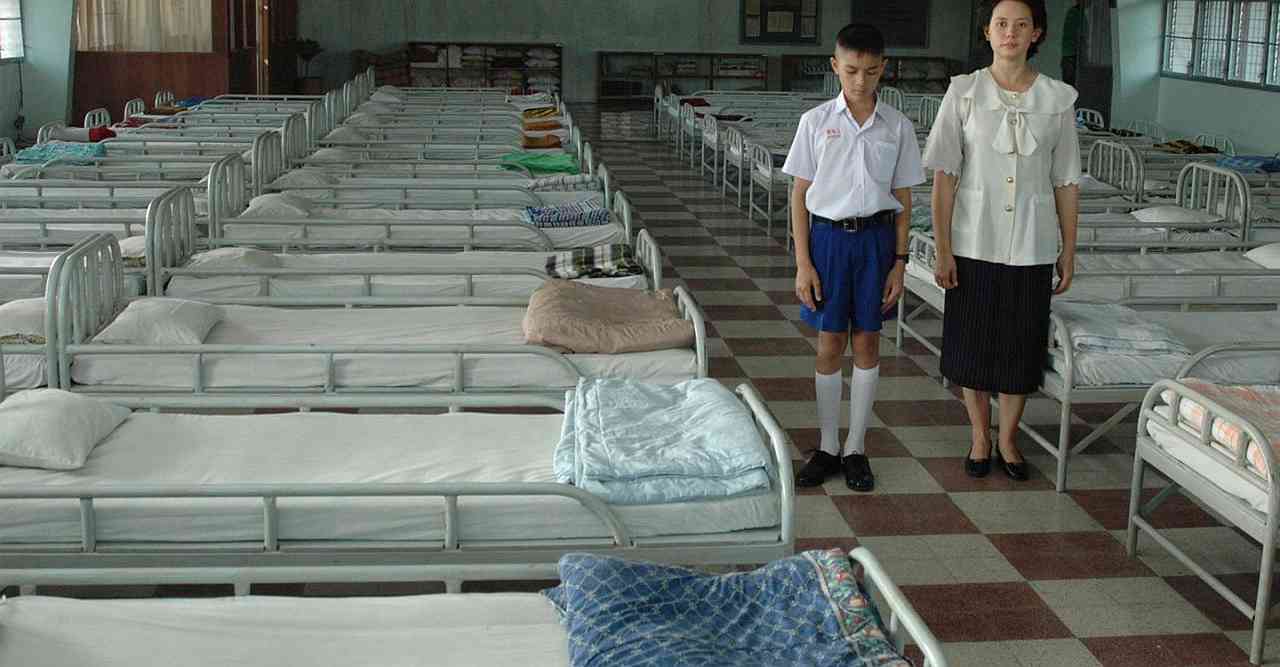 The film “Dorm” points out some of the things your average student might go through at the beginning of a school year or when being transferred to another school. Every year, starting school can be a nerve-racking and / or exciting experience for a kid. You can’t wait to see your friends that you might not have been able to see over the past few months and you’re probably going to meet new kids as well. It’s even more nerve-racking when you are going to a completely new school. You don’t know anyone and you have to start making a completely new set of friends than the ones you had before. After awhile, you’ll probably get adjusted to all of these new people and experiences that you’ll be presented with.

Just about everyone who’s been to school can relate to these things in some way, but what if you’re father forces you to go to a boarding school? How would you feel if you rarely get to see or speak to your family? How would you react to having a very strict and weird school administrator running your new school? What would you do if you found out that some of the new people you’ve recently met at the school are actually ghosts?

These are the things that Ton (Charlie Trairat) has to deal with at his new school. Ton is a young boy who is sent to a boarding school by his father (Suttipong Tudpitakkul) for reasons that are explained in the movie. He faces the usual difficulties of being the new kid in school and now has to deal with all of the other stuff that I previously mentioned. As some of his new class mates tell ghost stories, he begins to think that some of these stories might actually be real. He gets to experience some strange happenings for himself and has a few run ins with his school administrator (Chintara Sukapatana) Ms. Pranee.

What I got and what I expected from this movie are almost completely different things. That’s not necessarily a bad thing in this case. The emphasis on the drama was much more than I expected. I thought it was going to have evil kids running around or a story about some guy getting bullied, but it was nothing like that at all. For a film about ghosts, they certainly used emotion in a way you wouldn’t expect. The movie came off as genuine when utilizing the emotions of the kids and the childhood friendships that we’ve experienced and witnessed when we were that age and in the kids we see doing it now.

This movie’s not rated, but it would definitely be rated R if it was. It would be an interesting film for children if they cleaned it up a bit, did not have kids using profanity, and if it did have a few scenes of nudity involved. Dorm is a well thought out, well scripted, and well acted movie that did not have to restrict itself due to ratings. The profanity and nudity didn’t truly add anything to the story, but it did make it feel more realistic. Most of us adults have seen naked women and kids swearing is pretty common to hear these days. With or without the profanity and the nudity, I’d give this film my approval and the same score that it received from me.