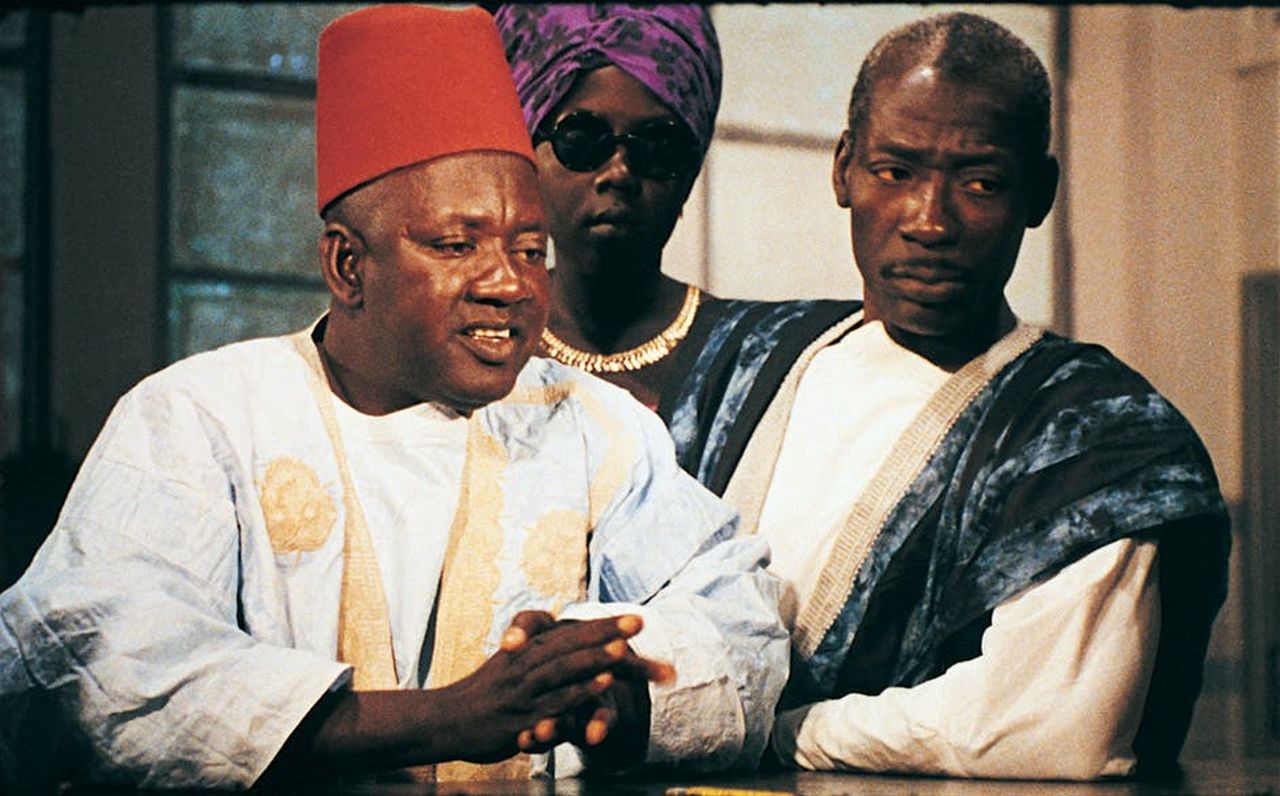 WSTUDIOCANAL today announce the 4K restoration of MANDABI, from the “Father of African Cinema” Ousmane Sembène (Guelwaar, Mooladé), adapted from his classic novel, ‘Le Mandat’ ahead of a planned theatrical release in Spring 2021.  The announcement comes following the World Premiere of the film’s restoration at the Lumière Film Festival 2020 in Lyon with Sembène’s son, Alain Sembène in attendance to present the film at the special occasion.

The film is currently available on myCANAL to coincide with the Lumière Film Festival screenings, and will receive a theatrical release in the UK in March 2021, followed by a theatrical launch in France later in the year.  STUDIOCANAL are also releasing the film across Home Entertainment in its territories, France, UK, Germany, Australia and New Zealand, selling the film internationally. Criterion Collection will be releasing Blu-ray/DVD editions in the US. For many global audiences, the upcoming release will be the first opportunity to see the film on the big screen, and to own it on Home Entertainment.

MANDABI was Sembène’s second feature-length directorial effort, filmed for the most-part in his native Wolof tongue, to create cinema for Wolof speakers. MANDABI was the first feature-length, African language film to be produced out of West Africa and covers subjects close to Sembène’s heart; colonialism and post-colonial identity.  Having already had an incredibly varied career across multiple disciplines, following his work as an author across a dozen novels, Sembène hoped to provide African audiences with African stories via the medium of cinema, while also showcasing his beloved Senegal to international audiences.  Sembène was in fact one of the first African directors to garner international recognition, with MANDABI awarded the Special Jury Prize at the Biennale di Venezia in 1968, having previously been the first African member of the jury in Cannes in 1967, following his directorial debut with BLACK GIRL.

Ousmane’s son, Alain Sembène said of the restoration: “Seeing the restored version of MANDABI by STUDIOCANAL made me really emotional. It brought me back to my time on set with my father and the actors, transporting me back to Dakar in the 60’s…

When I was a kid the story made me laugh, but I understood quickly the relevance of the story. A story that is still relevant today, treated with great finesse and accuracy”.

The film has been painstakingly remastered in 4K with STUDIOCANAL’s partners at VDM, scanned from the original 35mm interpositive, which had been badly damaged.  Significant work was also undertaken to repair defects in the photochemical development, and special attention has been given to filtering, to provide a crystal-clear copy without chips or blemishes.  The restoration team also fully graded the film to restore the vividness and beauty of Sembène’s original shots, to fully realise his original vision.

One day, Ibrahima Dieng receives a letter containing a money order for twenty-five thousand CFA francs from his nephew, a street sweeper in Paris.  Ibrahima, without work in Dakar, and with a large family to support can only keep 2,000 CFA francs; a portion must be kept aside for his nephew and the rest to be given to his sister.  But the news spreads fast in his neighbourhood … women, his neighbours and family see in this promise of money their escape. Ibrahima is generous and does not refuse loans or small services.

However, when he goes to cash the cheque, he is asked for his identity card, which he does not have and cannot obtain without a birth certificate. Ibrahima must then face a nightmarish foray into the corrupt and absurd world of Senegalese bureaucracy, which eventually leaves him even more miserable than he was before.