Snabba Cash is coming to Netflix on April 7

‘Bridgerton’: How a Bold Bet Turned Into Our Biggest Series Ever

George Clooney on not being typecast, Directing himself, THE MIDNIGHT SKY AND WAHT MAKES A ‘MOVIE STAR’

BAFTA Breakthrough opens applications in India for the first time with ambassador A. R. Rahman

Ready for the lockdown: The UKs most favourite binge-worthy Netflix shows discovered

You Should Prepare Well For Casting Calls to Get a Chance

David Fincher’s Mank offers a vivid look at Hollywood in the 1930s, when movie studios were at the height of their power and influence, and 100 million Americans went to the pictures every week. As it happens, some of the best filmmaking traditions of that era helped bring Mank to life and inspire what we’re working to build at Netflix today.

In the 1930s, the five major studios – Warner Bros, RKO, Fox, MGM and Paramount –  were known as “Dream Factory,” and were incredibly prolific. Each studio released more than a movie a week, and over the years they would produce some of the most revered movies of all time, like The Wizard of Oz, Casablanca, Singin’ In the Rain, and of course Citizen Kane.

The camera crews, costume departments, gaffers and riggers we work with today still employ many of the same filmmaking traditions and techniques that have been practiced and perfected over decades. Mank pays homage to the cinematography of Kane with its low camera angles and deep focus shots. We supplement the craftsmanship of our crews with new digital tools that allow us to advance the art of storytelling in such areas as post-production, dubbing technology and even virtual production. For example in Mank, we used virtual production techniques, involving large LED screens, to achieve in-camera VFX and effectively recreate Wilshire Boulevard in the 1930s. 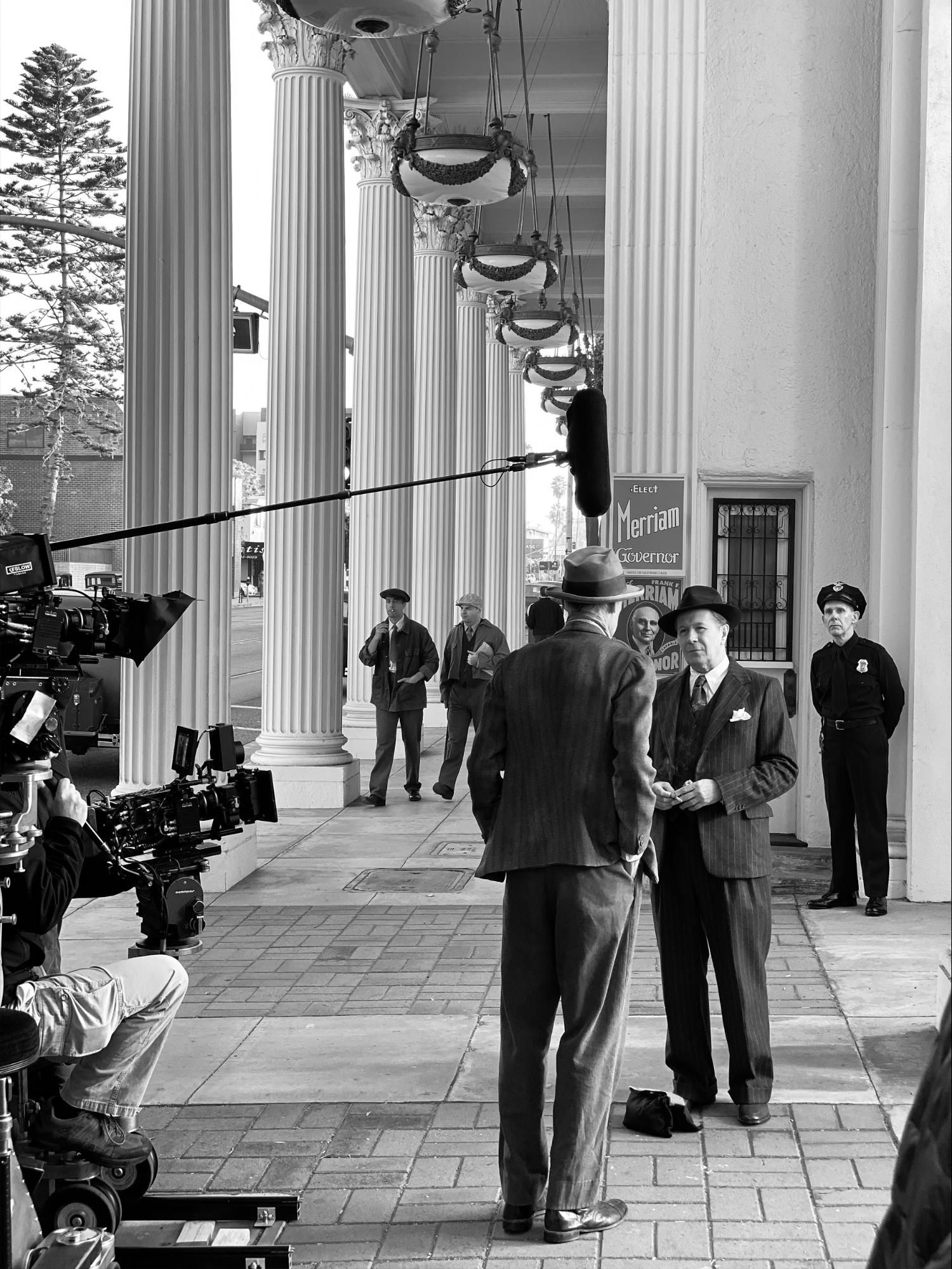 Our LA productions are steeped in the lore of the Hollywood which Mank evokes. The city’s first studio was founded in 1911 on the corner of Sunset and Gower just across from where we filmed series like Hollywood and The Upshaws. Sunset Bronson Studios, home to our Los Angeles offices, was founded as Warner Bros.’ first studio in 1919. Raleigh Studios, where we filmed Dead To Me, Unbelievable and The Prom, has been a production facility for Hollywood filmmakers since 1915. Our offices on Serrano Avenue used to be the headquarters of Deluxe, the historic film development lab which served the studios for 100 years before the advent of digital cinema. Mank itself was partly filmed a few blocks away on Stage 19 at Paramount – the very same soundstage where Orson Welles shot Citizen Kane.

Mank depicts the studios of the 1930s as gated fortresses, whereas today’s Netflix’s operations are more like an urban campus, woven into the fabric of the community. (Think less factory, more dreams.) As our presence in LA grows, we’ve been committed to seeing Hollywood become a filmmaking mecca once again, including through our renovation of the storied Egyptian Theater.

As we pay tribute to the Hollywood of the past, our eyes are on the future and in particular on providing the best experience for our members and creative partners all over the world. We’re investing in developing production capabilities in other places like Mexico City, Seoul, London and Madrid. We want them to be as authentic to their personal and cultural traditions as we are in Hollywood, with local cast and crews, all while having access to the same high quality resources. 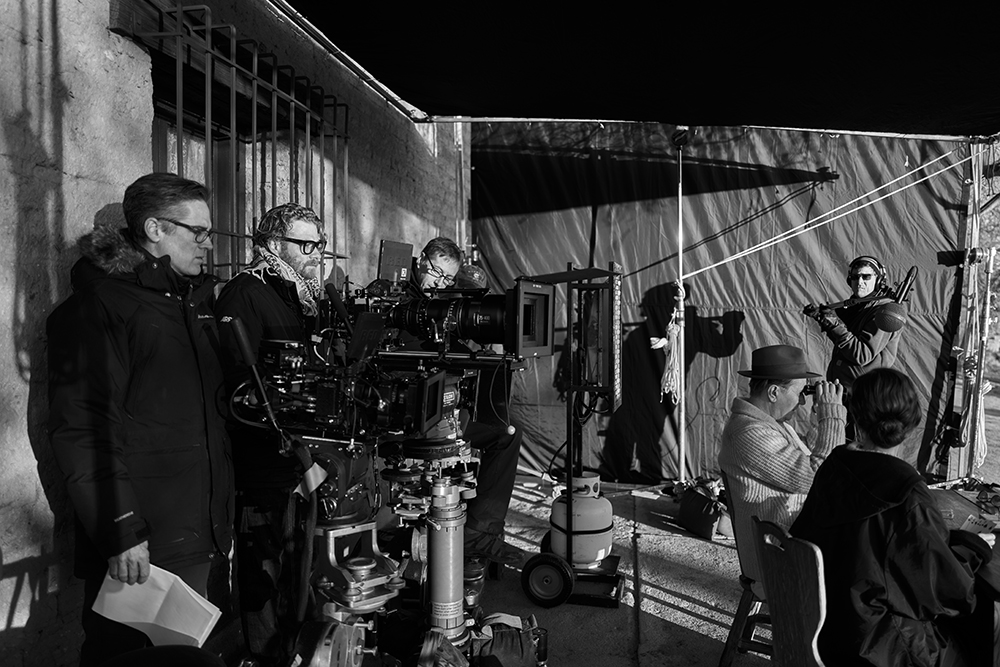 New Respect for Cast and Crews

When we meet the movie mogul Louis B. Mayer in Mank, he’s on his way to ask his employees to give up half their salaries to help MGM endure the Great Depression.

We were fortunate that when the pandemic shut down productions last year, we were able to do the opposite and create a global hardship fund that kept the hardest hit cast and crews – who work on a job-to-job basis – on payroll. And we’ve tried to rehire as many of them as we could while implementing the highest safety standards on our sets to resume production during this challenging time. Even someone as hard-bitten as Herman Mankiewicz would agree that filmmaking is a fundamentally collaborative endeavor. Whether in Hollywood or all over the world, we’re committed to creating an atmosphere of collaboration, trust and respect that allows our creative partners, casts and crews to bring the best stories to life and ensure that the art and magic of cinema continues to thrive.