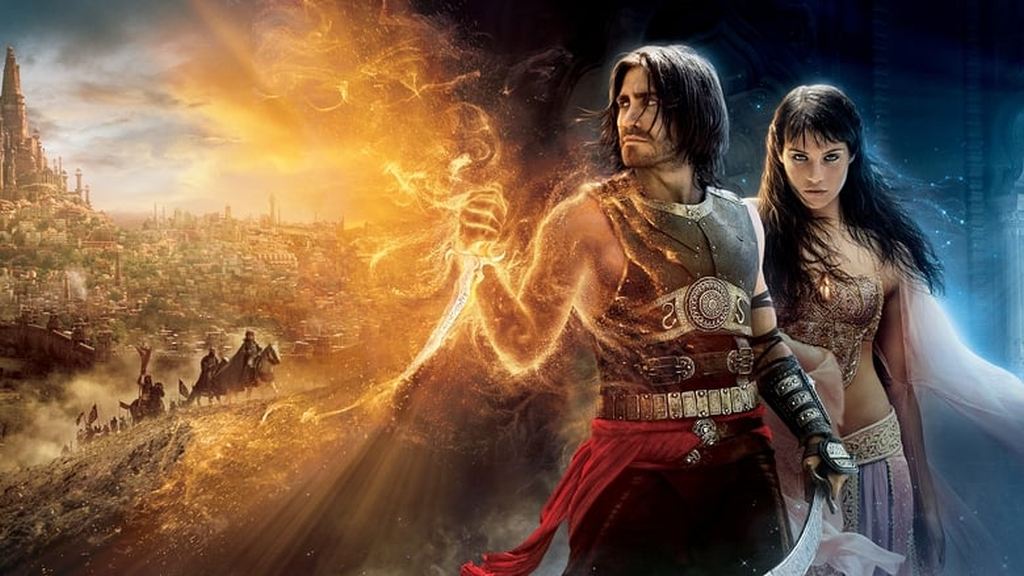 Prince of Persia – The Sands of Time is a film based on the video game of the same name. Being that I’ve never played or seen the game, I didn’t have any biases going into the film.

Set in the mystical lands of Persia, a rogue prince and a mysterious princess race against dark forces to safeguard an ancient dagger capable of releasing the Sands of Time — a gift from the gods that can reverse time and allow its possessor to rule the world.

The movie opens with a rags-to-riches story. A parentless, young boy from the streets named Dastan shows his courage by defending his friend in the marketplace. King Sharaman, the king of Persia, witnesses this bravery and adopts the boy as his own. The street rat suddenly becomes a prince. 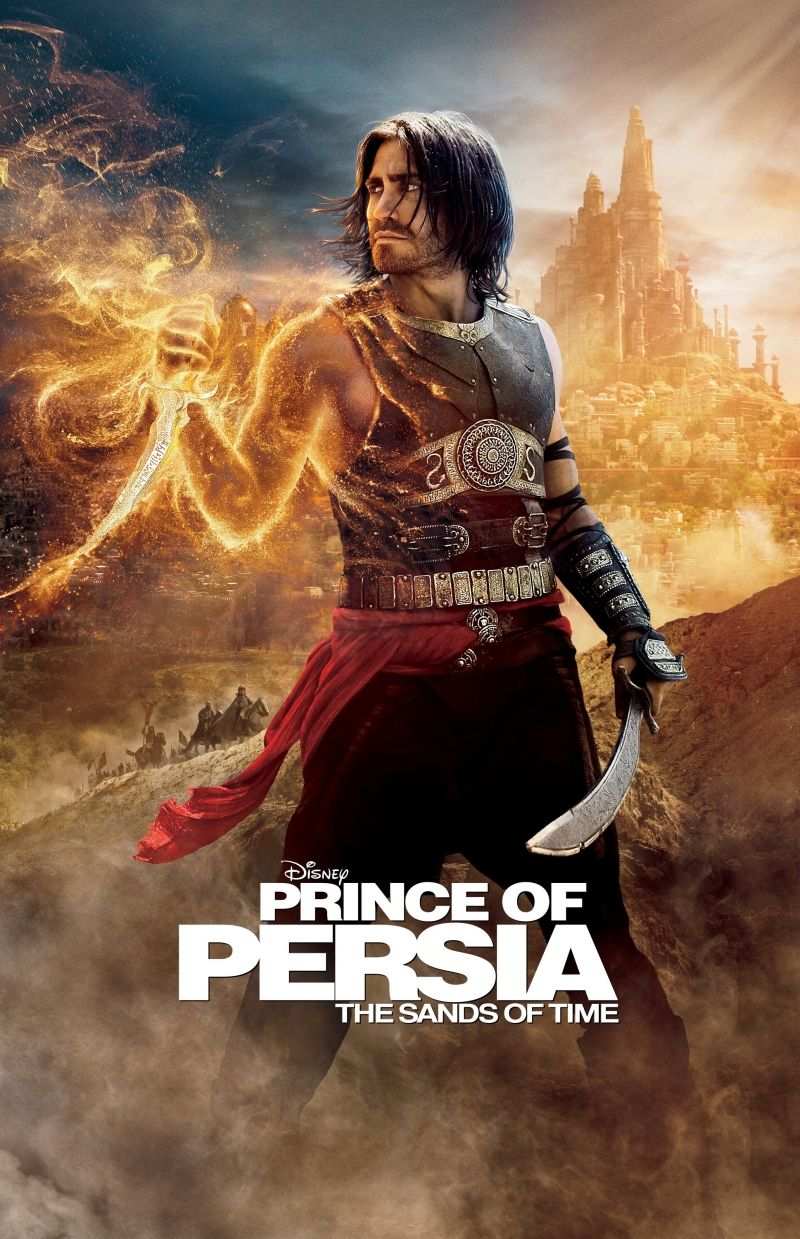 Fast forward 15 years- The Persians plan an attack on Alamut. A now grown Dastan (Jake Gyllenhaal) sneaks over the Alamut walls and the rest of the Persians follow in. While taking over, Dastan finds a fancy looking dagger. Alamut’s Princess Tamina (Gemma Arterton) agrees to join forces with the Persians when she sees Dastan with the dagger.

To celebrate, Dastan gives his father a robe that was given to him by his brother, Tus. King Sharaman promptly announces that Dastan and Tamina are to be married. Suddenly the robe that Dastan gives to his father starts to smoke the king is poisoned and dies. After being accused of murdering his father, Dastan escapes with the help of Tamina. Eventually Dastan realizes the dagger he’s been carrying is a time machine of sorts. 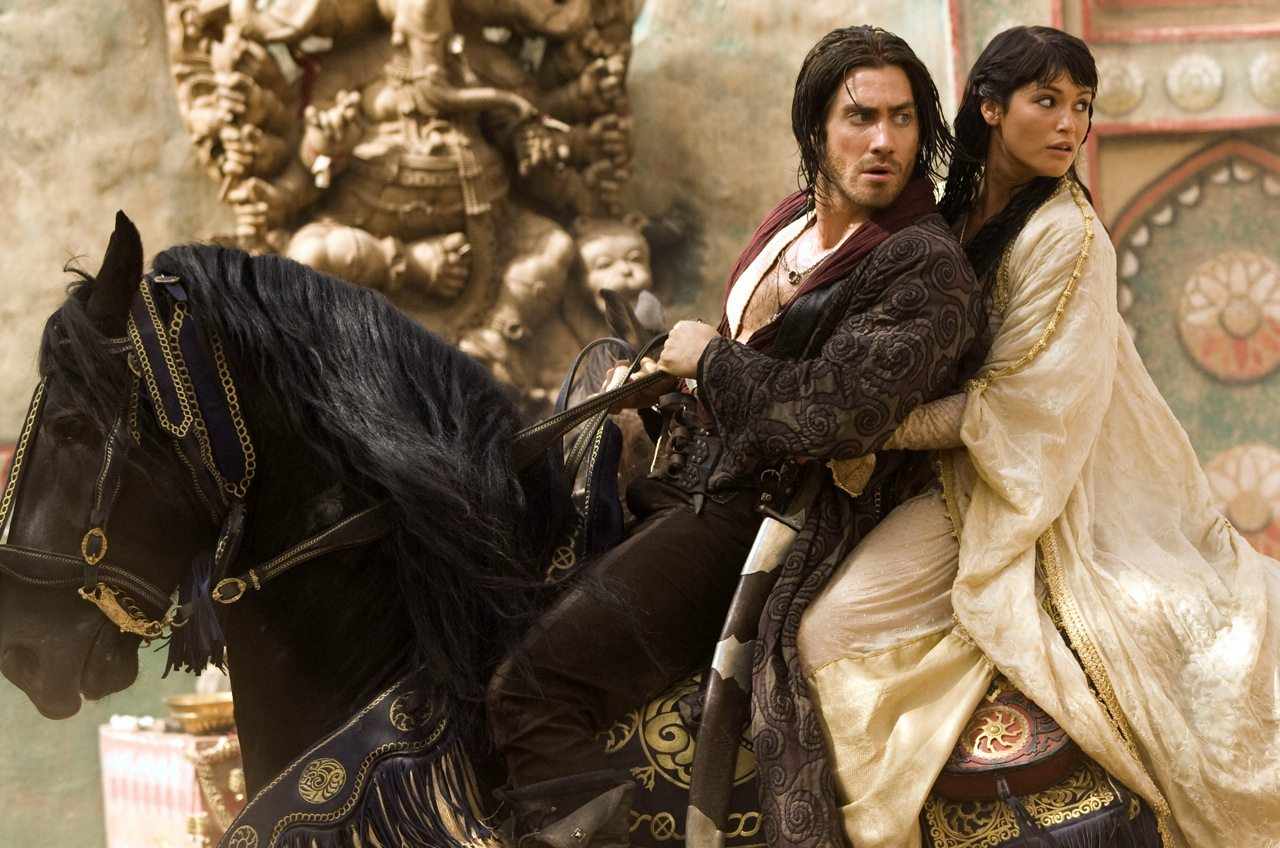 The movie continues as Gyllenhaal and Arterton’s characters try to figure out who the real killer of Dastan’s father was, and how this mystical dagger is involved in the murder.

Prince of Persia – The Sands of Time is a move that full of fantastic action scenes. Jake Gyllenhaal shows off his sword wielding skills throughout the movie, and the chase scenes involving slow motion rooftop jumps were very Matrix-esque. Although the action was great throughout, some of the computer graphics were a little cheesy. The storyline was very well drawn up and I didn’t feel like I was watching a movie based on a video game.

The movie is rated PG-13, so some of the fight scenes were pretty tame. Another thing that was tame was the love story. Gemma Alterton, whom I haven’t seen act before, was very easy on the eyes (her acting held my attention too…), and a more romantic relationship with Gyllenhaal would have been interesting. All in all, the movie was entertaining and, because it’s a Disney film, you know there’s a happy ending.