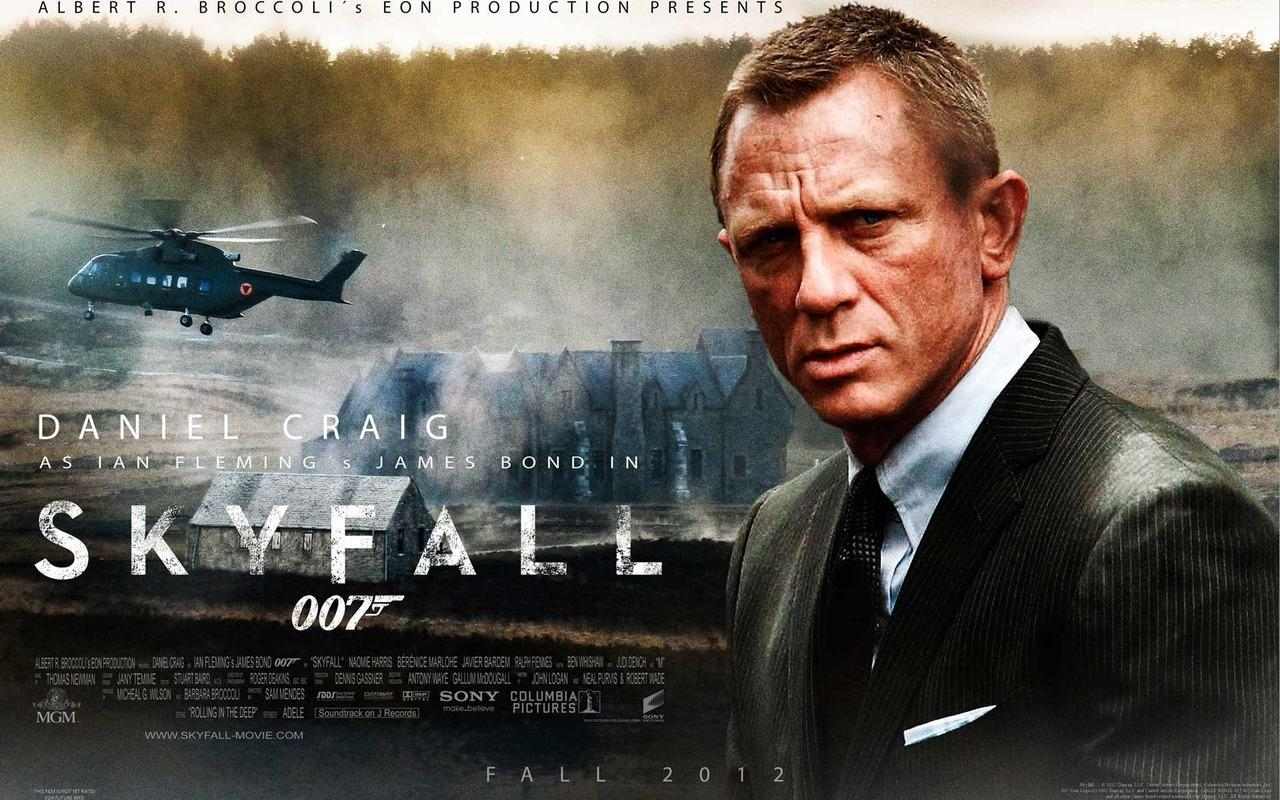 Daniel Craig returns as James Bond in this movie that is also celebrating 50 years since the Bond franchise began. After a lengthy delay, and the 50 year celebrations, there was plenty of hype behind this, but did it live up to the expectations I had?

The movie starts off with a solid start. We begin with Bond hunting down an assassin who has just taken out a bunch of agents and taken a hard drive that holds valuable information. After an excellent chase scene Bond ends up being shot and falling off train that is travelling over a bridge and we last see Bonds body going down a waterfall. He is missing presumed dead, but come on, its Bond, it wouldn’t be much of a film if he was.

Bond has been living under the radar for six months, since his apparent death. An attack on MI6 forces Bond to come back from obscurity to the aid of the British secret service. However, Bond looks more weather-beaten, older and damaged since coming back, and no longer the agent he was. M however signs him fit for duty and re-assigns him to locate the man he was originally chasing at the start of the movie. The hard drive that was stolen contained information for every undercover operative in the world, and could expose every undercover spy in the secret service.

This movie does include some exotic locations and excellent fight scenes, but this more Bond back to his roots, I felt like this movie took more from the novels than the movies. It tells a story, there is only action when the story requires it, the plot was extremely well done with some nods to the Bond of old, including seeing the old Astin Martin that Connery often drove, complete with ejector seat and machine guns, and a little sprinkling of the old Bond theme for great effect.

The main villain of the plot, and ex-agent himself, Raoul Silva is an excellent villain for Bond, he is eccentric, odd and most certainly insane. He comes across as a modern version of classic a classic Bond villain, with shades of Red Grant, Goldfinger and Scaramanga mixed together with a modern kick. Javier Bardem is definitely a memorable villain and seems to enjoy every second of playing the character. He does an outstanding job and makes ensures this character has a lasting impact on the Bond franchise.

We also get to see a lot more of M, who takes a central role for the first time in this movie and it is great to see. She stands up well on her own to feet and discover the is a lot more to her character than simply being the head of the secret service. Q is also re-introduced as a young man looks barely old enough to be out of school. He doesn’t give Bond any ‘exploding pens’, he is definitely showing Q as being more practical than over the top gadgets.

Danile Craig is flawless as Bond, I remember when he was first announced and I certainly gave him a luke-warm reception, but he has actually done a fantastic job since coming into the role. Here he shows a vulnerable side to Bond, he plays the part to perfection. You can see when he comes back he is not quite ready, and he is not quite the same man he was, and Craig does a great job of expressing that to the audience. I think this is Daniel Craig’s best Bond performance to date. With the plot allowing for a lot more character development gives the characters and the actors time to shine and that is exactly what Craig does. This is one of the best Bond performances I have seen.

What makes this movie great is all of the nods it gives to the stories of old without becoming cliche, it is stylish, sophisticated and slick, but respects it roots. I think Bond is ready to go in a new direction and it has been done in the right way. Not only does this Bond movie stand up against any other Bond movie, but is also stands up against any other spy movie out today.

Any Bond fan has to see this movie, it is a fantastic effort, and definitely a high point in an exceptional movie franchise. This movie helps to endorse Daniel Craig as one of the best Bonds, if not the best Bond, playing a character that closely resembles the character from the novels, and steers well clear of the camped-up Roger Moore outings. This movie is well worth the five stars it receives and definitely one of the best movies of the year.