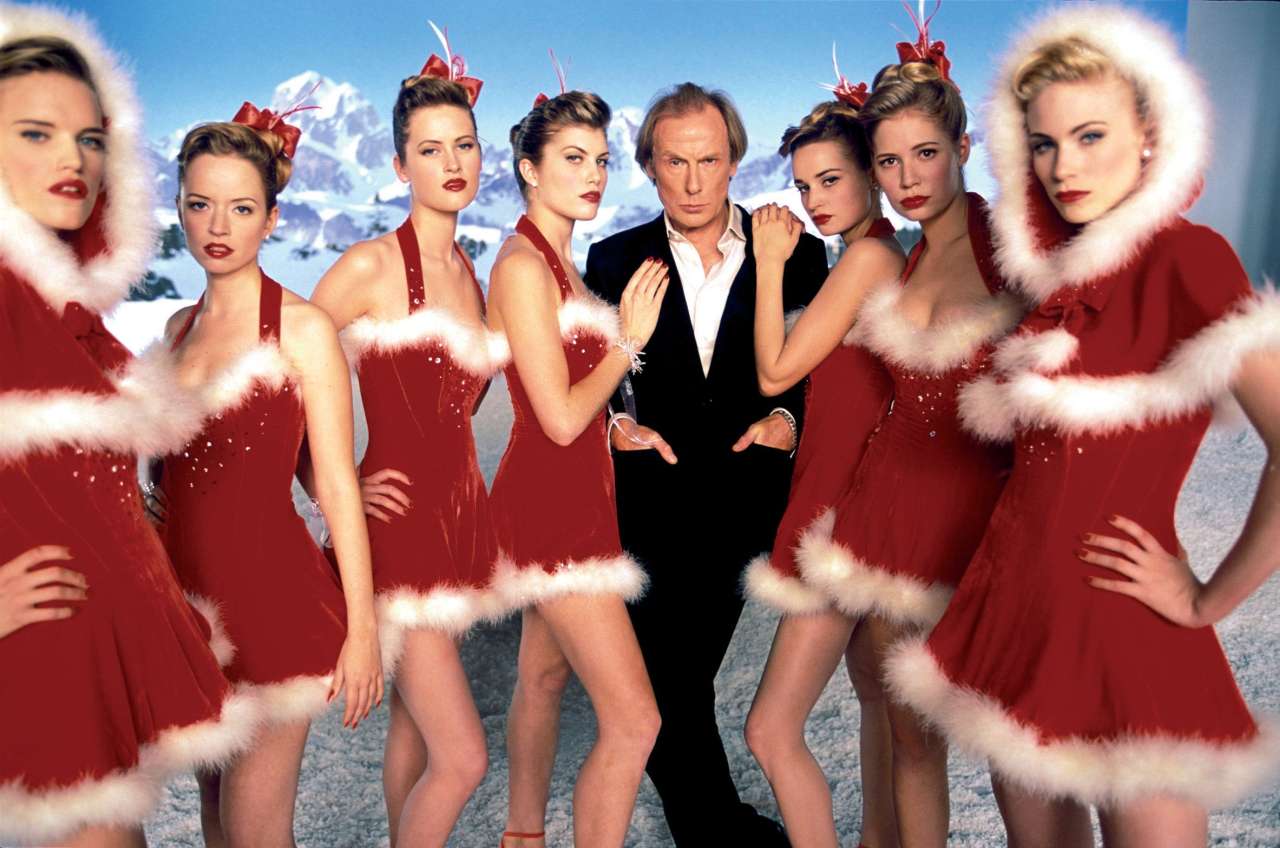 Christmas movies have become the new tradition of most American families. There are new Christmas movies being released every year; some stand the test of time and others don’t. There are some that are simply delicious after 60 years and some that go into the “forgotten” pile after their release. Any family could make a list of their favorites and there would be common films on each list that are shared by each family.

I’ll give you my list of favorites. Take a look and see if there is something on this list that you may never have heard of and give it a viewing. Each of these films has stood the test of time and are as popular today, if not more, than they were when they were first released.

1, It’s a Wonderful Life Jimmy Stewart and Donna Reed. Released in 1947 to a luke-warm reception, but a perennial favorite since the later part of the 20th Century. Travel to Bedford Falls and watch a man in financial, personal, and emotional crisis get help from his guardian angel to see what life in Bedford Falls would have been like if he had never been born. The message of the story is that each individual life impacts and influences the lives that it comes into contact with whether we realize it or not. A very touching story that will inspire you to smile and embrace hope even when life seems hopeless. 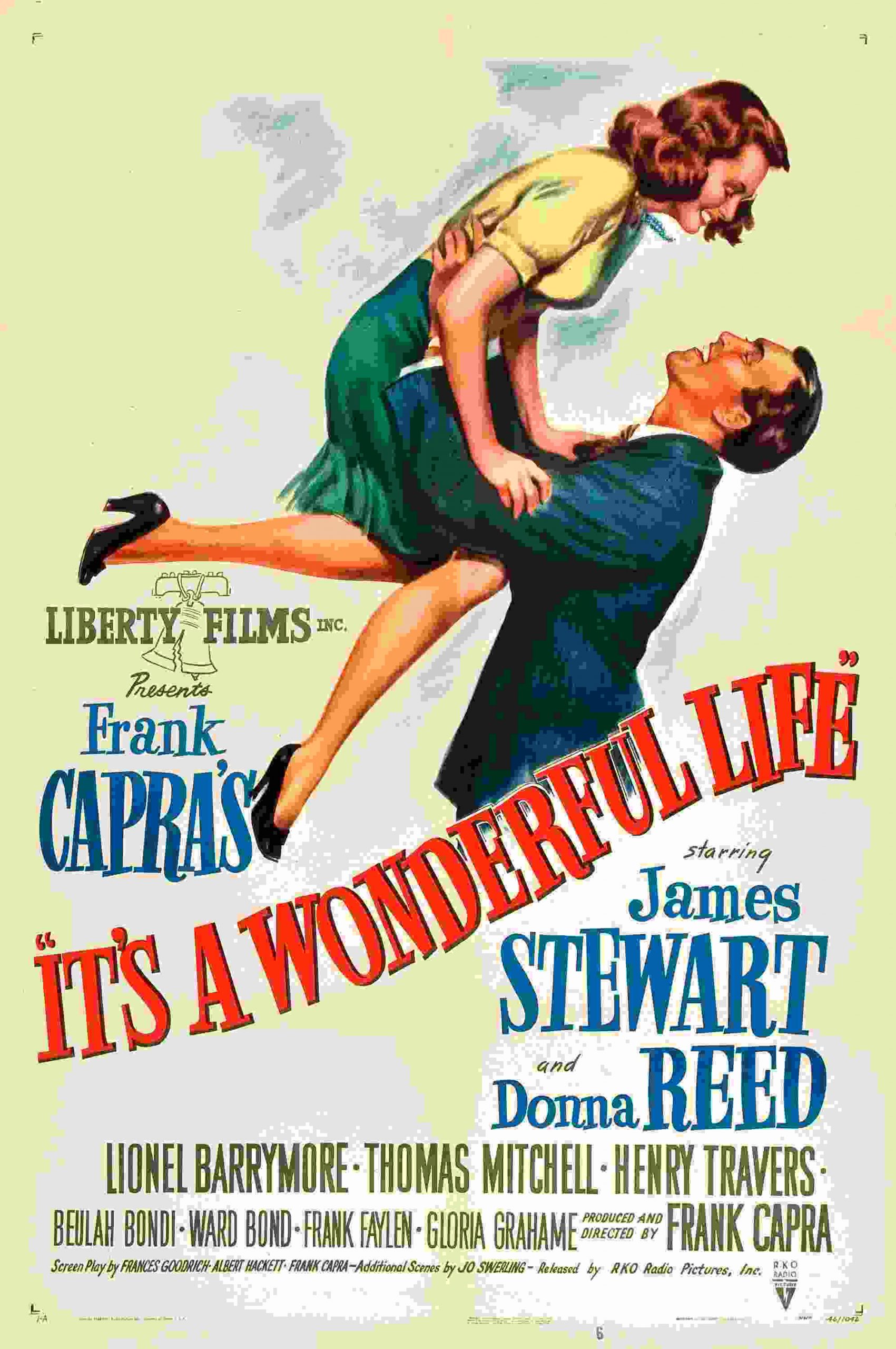 2, White Christmas Bing Crosby, Danny Kay, and Rosemary Cloony I adore the pristine world of the 1950s.The clothing is worth the viewing alone. I think I really love these older films because morality was still in style and I miss that world. Bing Crosby, Rosemary Clooney, Danny Kay, et al…are fabulous entertainers, dancers, and actors. Why do some people just get all the talent? The lessons we can take away from this story on the subjects of loyalty, love, honor, and character are innumerable. This is such a clean movie (there isn’t even an antagonist in it) it will transport older folks back to a time when life was much simpler and give younger people character to aspire to. 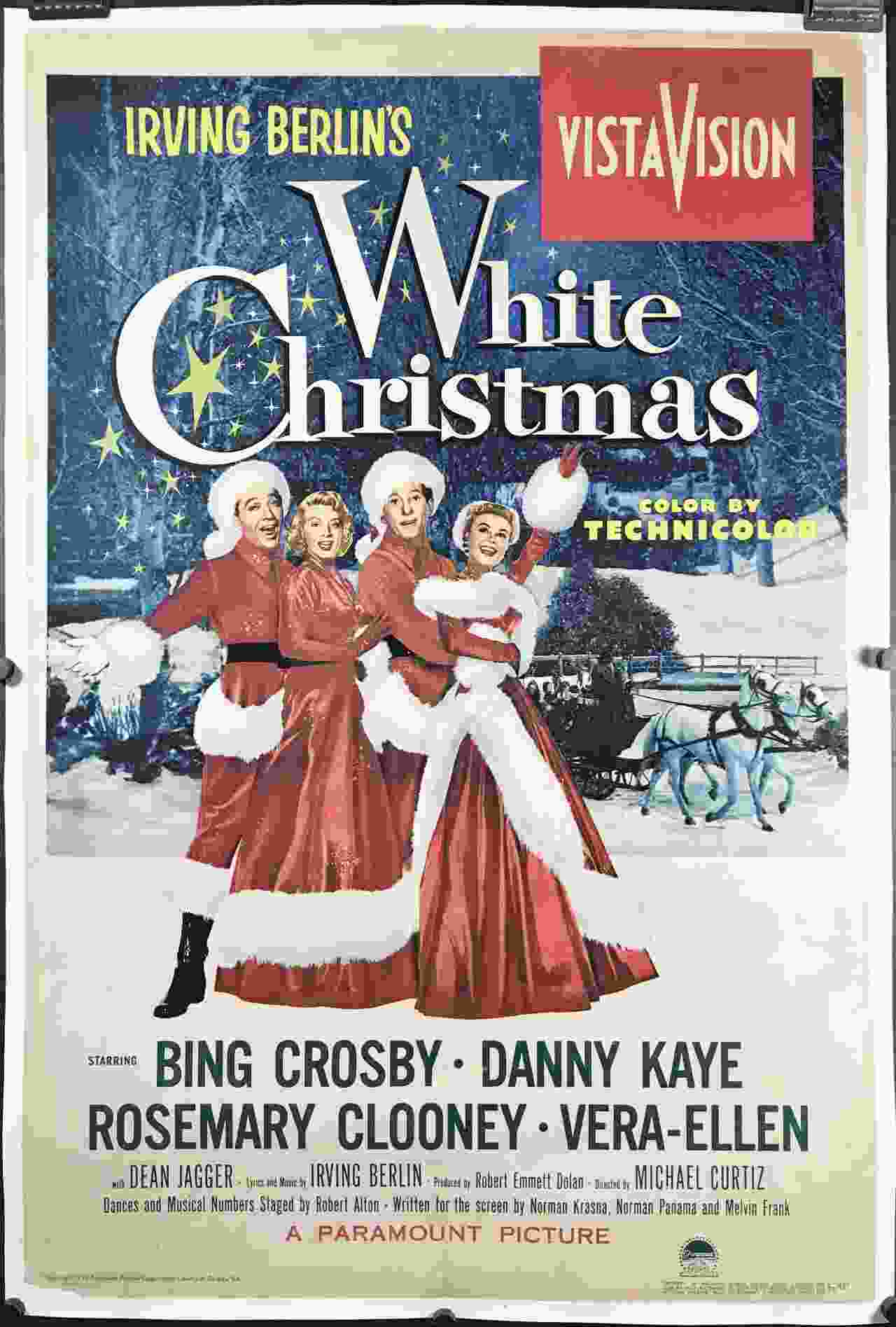 3, National Lampoon’s Christmas Vacation Chevy Chase and Beverly D’Angelo. If any American hasn’t seen this film, they must be living under a rock! In contrast to It’s a Wonderful Life, this film depicts the typical late 20th Century family in action. I’ll admit family values are treasured and aspired to in this film, but it is truthful in putting forth the contrast between the ideal of Christmas and the reality of it. 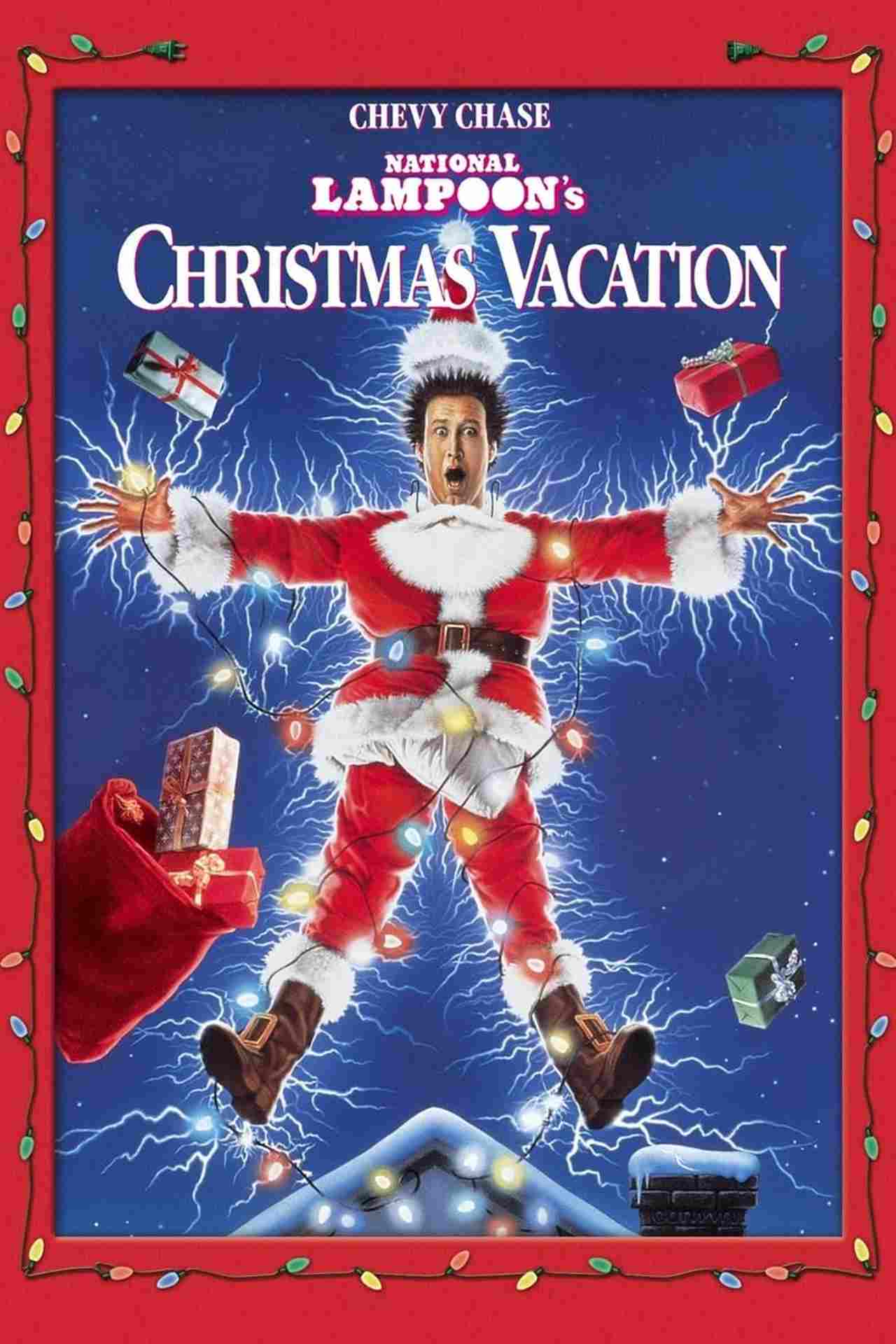 4, A Christmas Story Who doesn’t love Ralphy? Did you ever wish so hard for that one thing for Christmas and get no indications that you would really receive it? Travel along with Ralphy as he sloshes his way through the nay-sayers and bullies who try to squash his Christmas dreams for a Red Rider BB Gun. This kid is so quirky you can’t help but love him. His earnestness is what keeps the story moving and you have to begin rooting for Ralphy to get that Red Rider BB Gun even if he will “shoot his eye out.” I find it hard to believe this movie was released in 1983! It’s another of those timeless classics that is well-worth the one-year wait to watch. 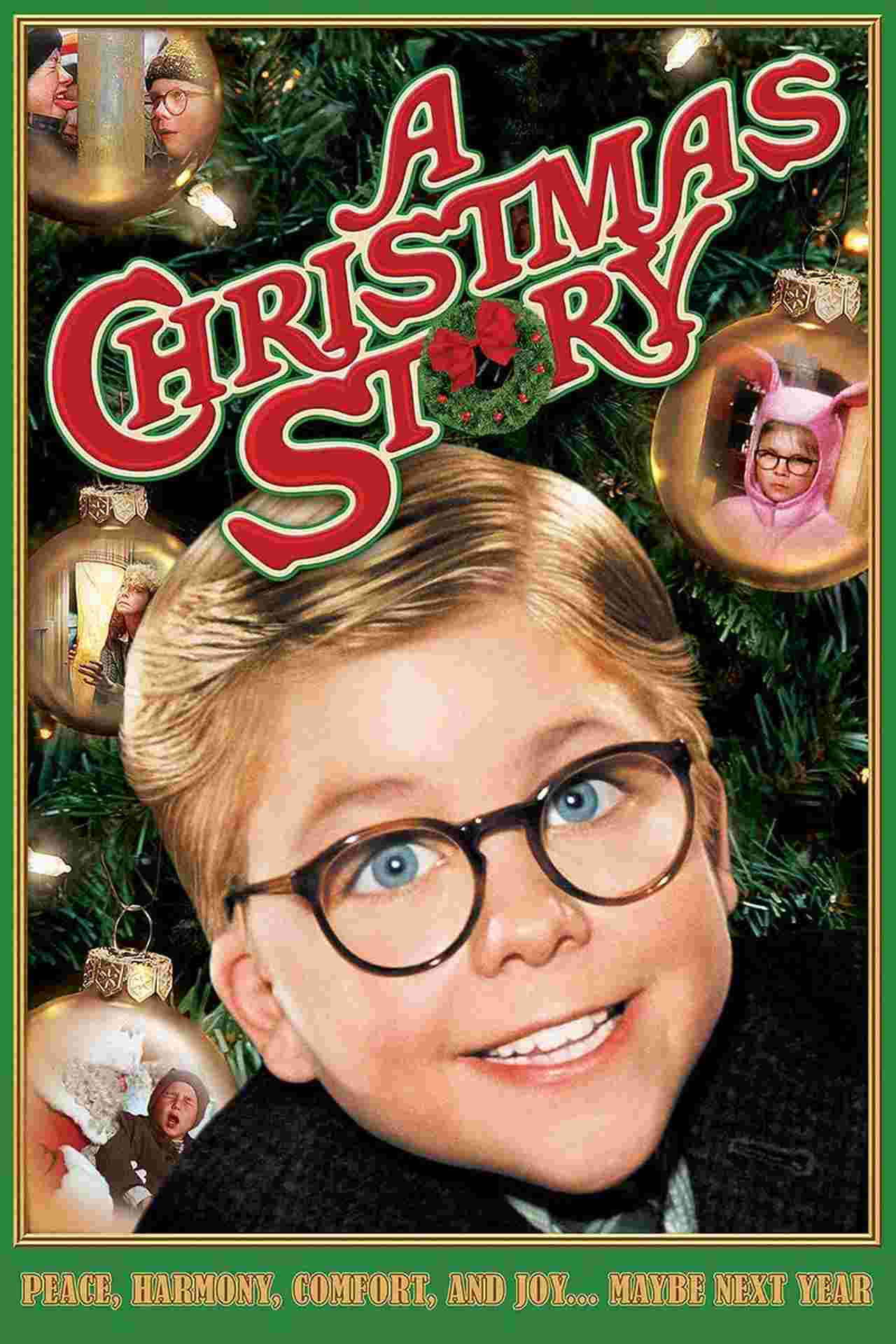 5, Christmas in Connecticut Barbara Stanwyck plays a New York writer who writes for a housekeeping magazine and concocts recipes that leave soldiers with watering mouths that long for a home-cooked meal. It is a comedy of keeping the secret that she is a single woman living in a New York City apartment who doesn’t cook at all. Another lovely classic film from the 1940s era that will tickle your funny bone. 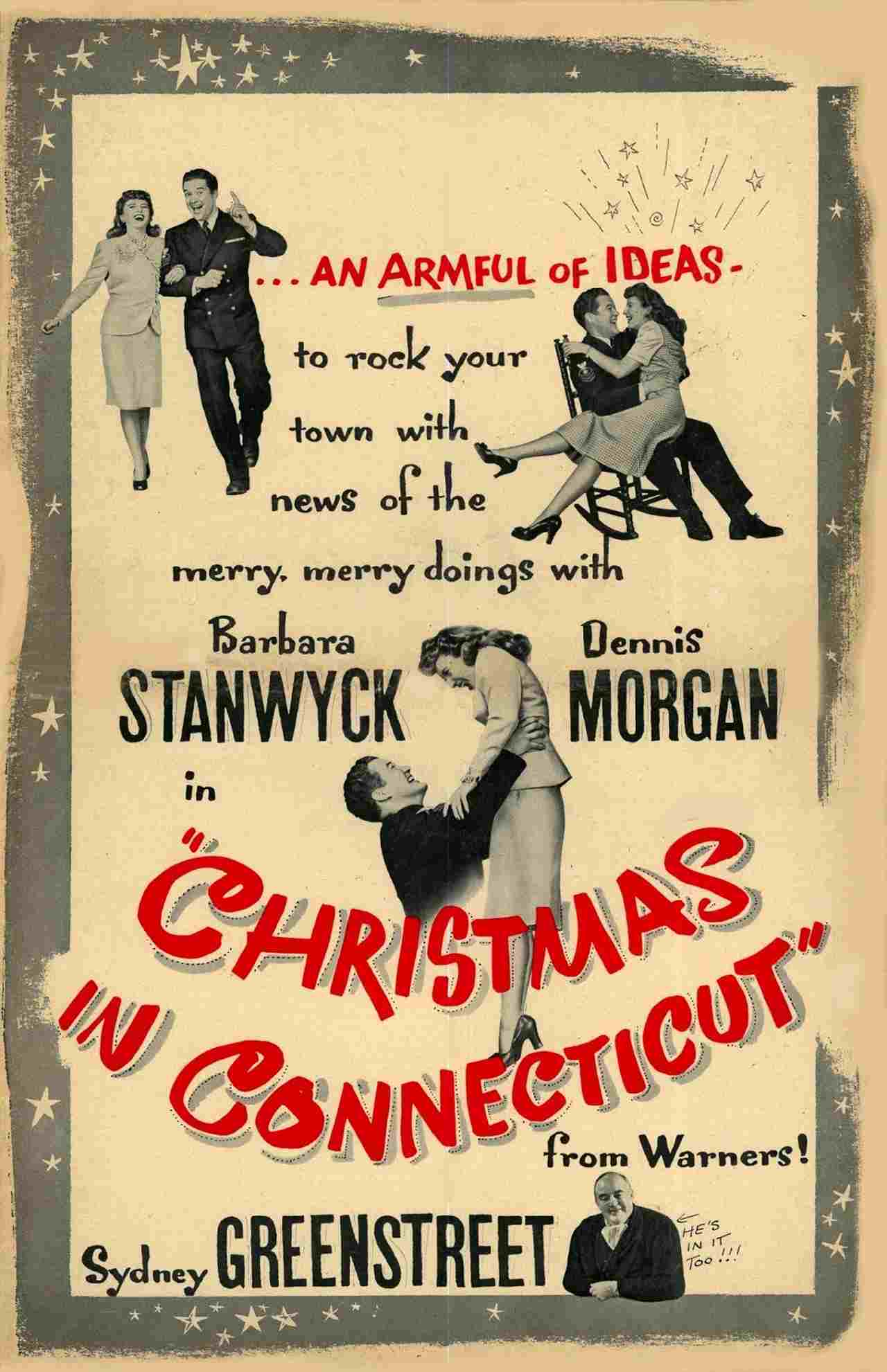 6, The Preacher’s Wife / The Bishop’s Wife The Preacher’s Wife is a remake of The Bishop’s Wife and stars Denzel Washington in a role we have not seen him in before or since – a bumbling angel sent to help the preacher who has lost his faith. This film may not be on any favored Christmas film list, but it remains on mine because of the actors (Whitney Huston’s singing voice and beauty never weary the eye). The story is sweet and simple, but the message of Christmas is in all its glory here. I recommend watching both versions: The Bishop’s Wife stars Cary Grant and Loretta Young and was released in 1947. 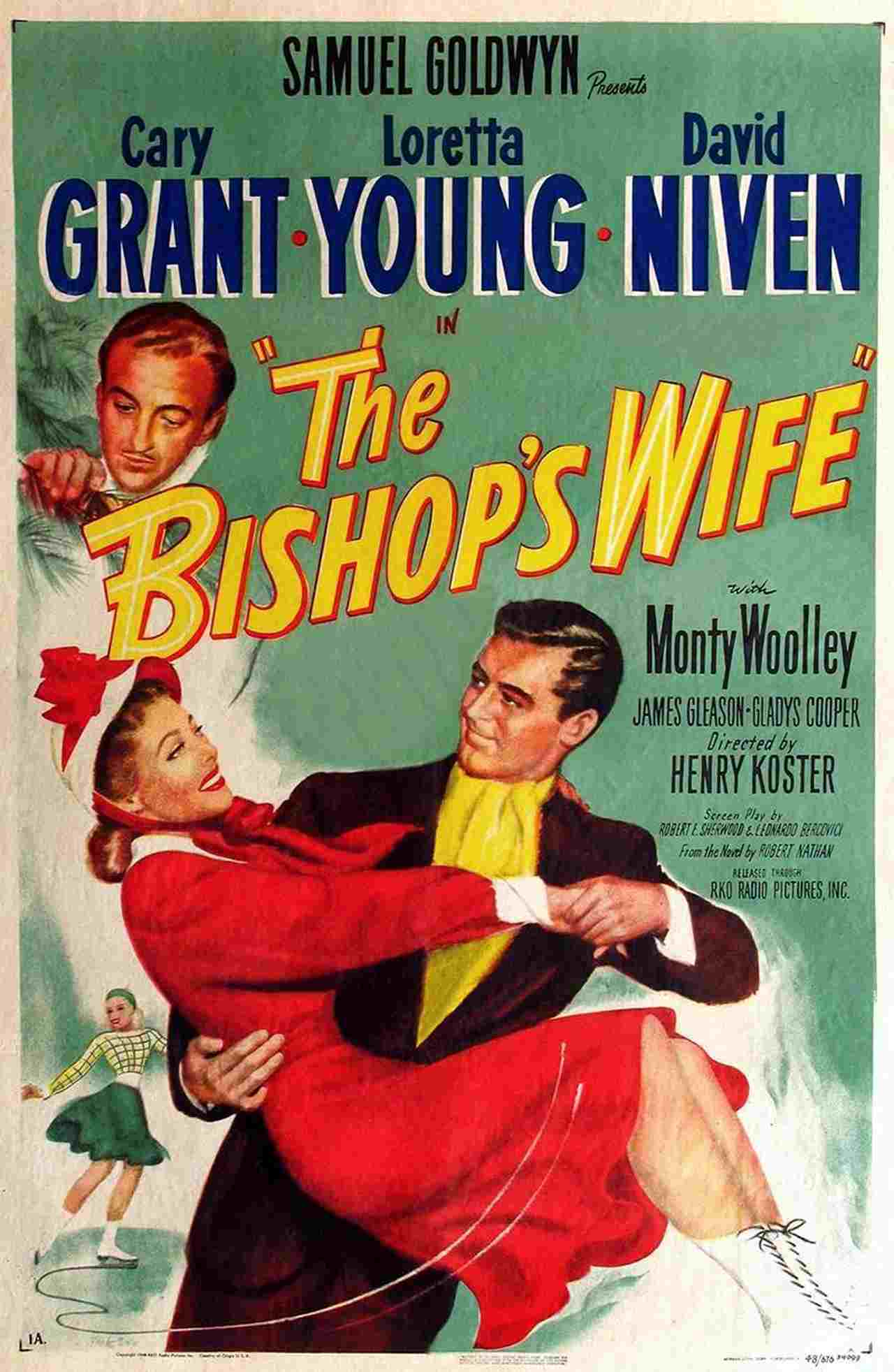 7, The Shop Around the Corner / You’ve Got Mail This may be one of the oldest films on the list, being released in 1940. You’ll find a very young Jimmy Stewart working as an ambitious shop clerk alongside some very interesting characters. He falls in love with a woman he corresponds with through letters. She happens to be his co-worker in the shop whom he doesn’t care for. When I learned that You’ve Got Mail (Tom Hanks and Meg Ryan, 1998) was a loose re-make of this film I watched it and eventually purchased it for my library of home films. It isn’t at the top of the list because I don’t watch it every year because I simply run out of time. I like older films because I like the era in which they were made. They reflect a culture that I had a small taste of as a child, but cannot find in today’s films. 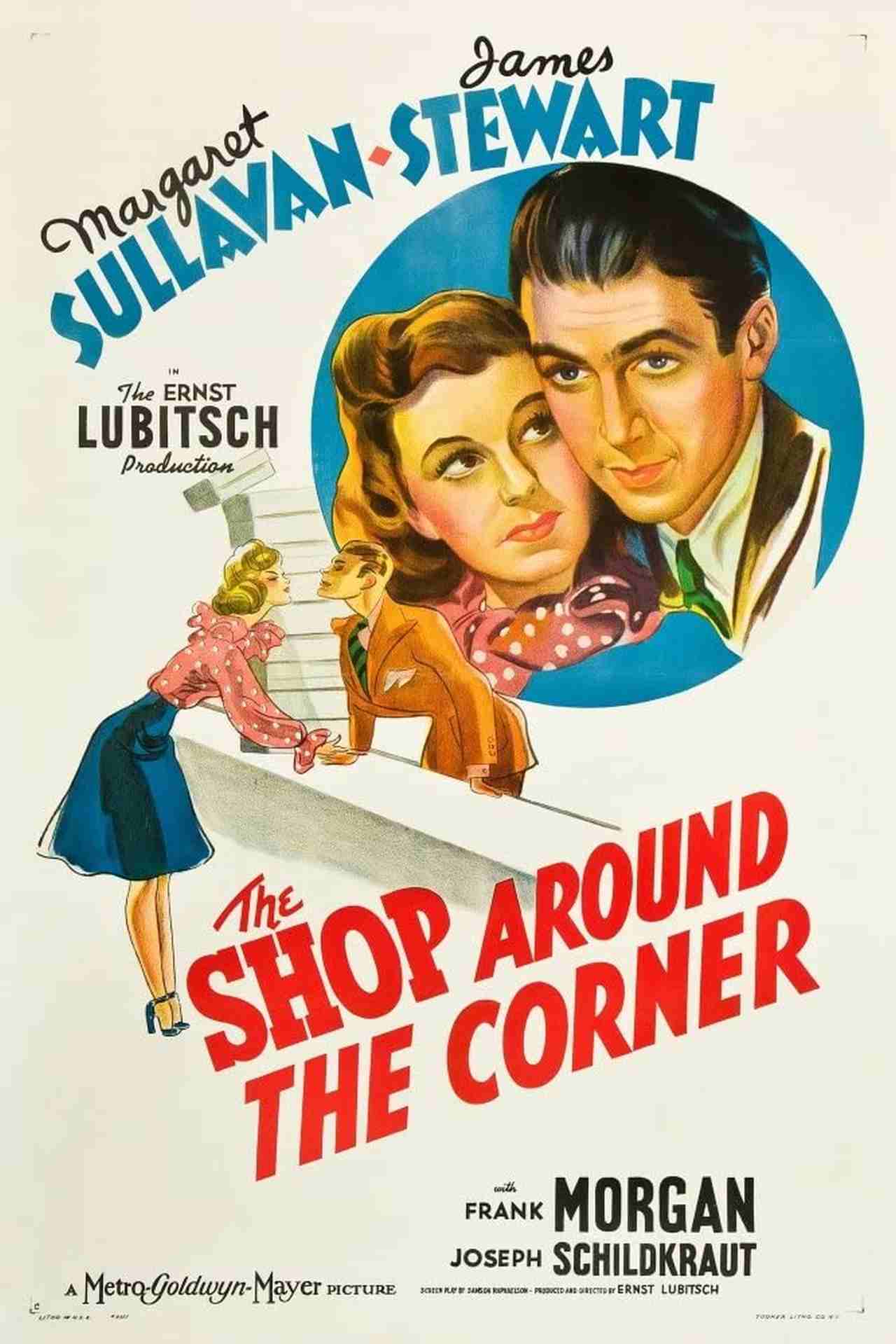 8, Christmas with the Kranks Even though critics have not lauded this film, it is one of my all-time favorites! Okay, I have to admit that I watch this film more than just at Christmas time. I’m a huge fan of Tim Allen, Jamie Lee Curtis, Dan Aykroyd, and John Grisham. That’s just a bundle of talent and hilarity that can’t be put on the shelf for a whole year! Tim Allen and Jamie Lee Curtis find themselves living in an empty nest just after Thanksgiving and they are having a hard time getting into the Christmas spirit; well at least Tim is. He decides to skip Christmas and lures Jamie Lee into going along for the cruise. I love the depiction of peer pressure from all their neighbors when they don’t decorate their home for the holiday and generally close themselves off from the holiday altogether – with much difficulty. This is a good, clean, family film for the whole family filled with hilarity. I need to laugh more than once a year at this one.

9, The Santa Clause Tim Allen plays the unwilling new Santa Claus when the real Santa falls from his roof. When he puts on the red santa coat he and his son are transported by reindeer to the North Pole. He has to walk through the next year of getting more and more plump and growing long white hair and a white beard while working as a toy company exec. It’s funny and endearing. My kids turned me on to this one back in 2002 and I have to say I really enjoy it. 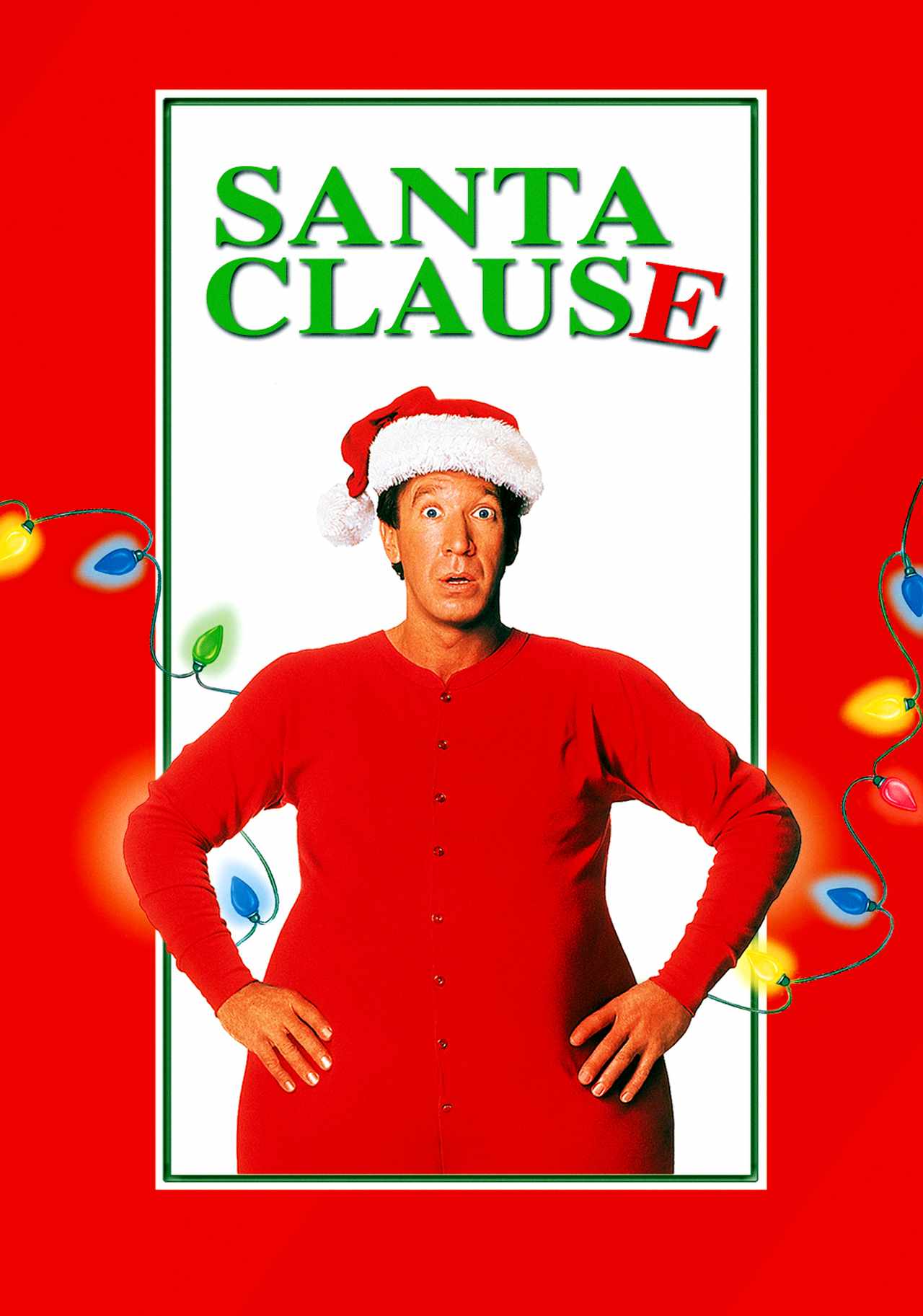 10, While You Were Sleeping Sandra Bullock, 1995. This film doesn’t show up on many Christmas movie lists, but it is on my list because it takes place at Christmas time. Sandra Bullock plays Lucy, an orphaned young woman with no one to share the holiday with. She reminds me to be thankful for the quirky family I am blessed to have because no matter how odd they can be, they fill my life with laughter and love. It’s a bit of a chick-flick, but a great little story all the same. Great cast and great story. 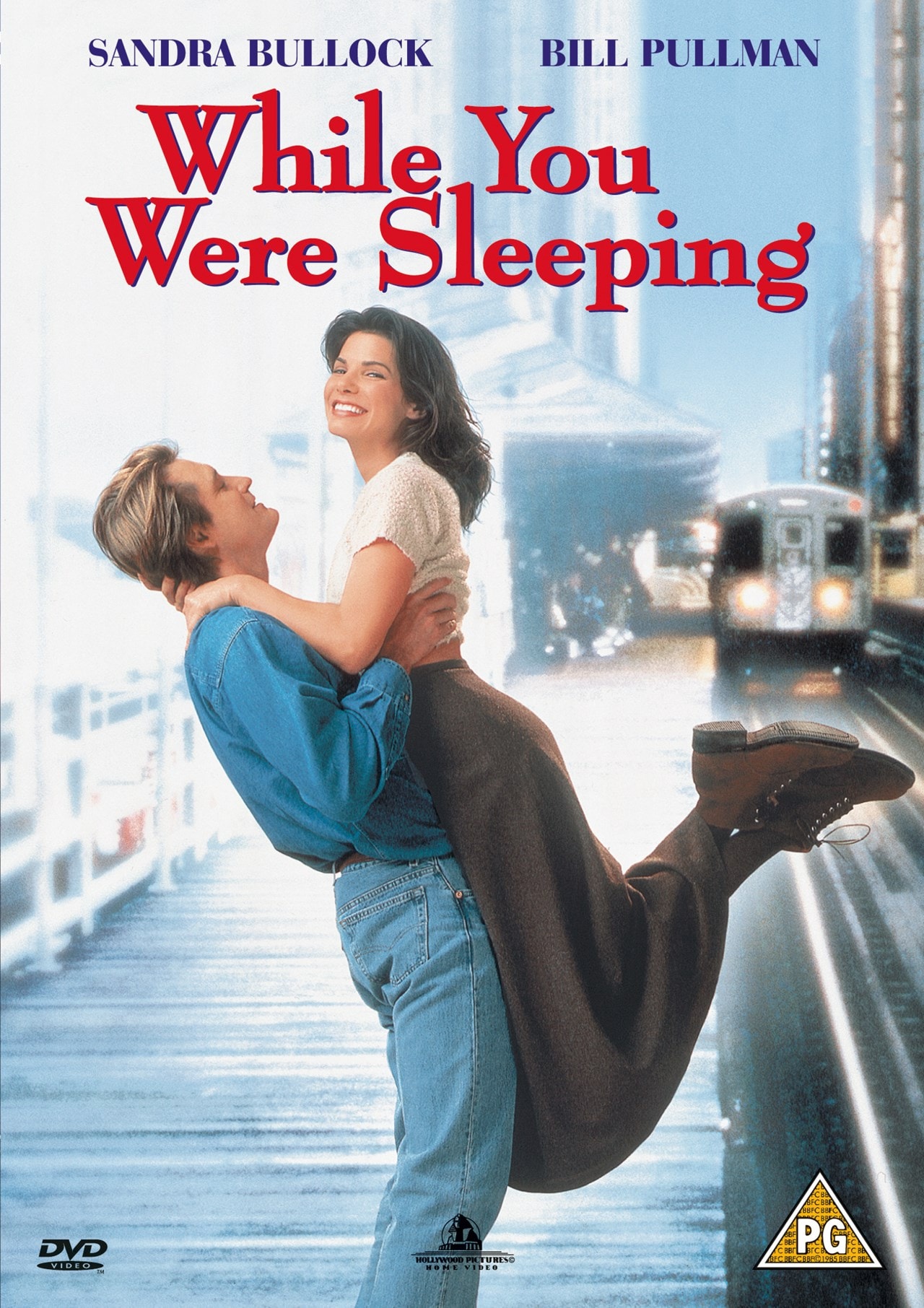 This is just the first ten films that I watch each December. I hope you find something here that you had forgotten about or that you have never seen. I wish you a Merry Christmas that surrounds you with the love of family and friends just like these films.

Melissa Schuerer is a movie buff who loves classic films for their moral purity and family values. She hopes any of these films will entertain you anew this holiday season.