BFI Distribution releases a teaser online today for the forthcoming British film AFTER LOVE, the debut feature by writer and director Aleem Khan. This immensely moving drama features a compelling lead performance by British film, TV and stage actor Joanna Scanlan (Getting On, No Offence, Notes on a Scandal, Pin Cushion), alongside French actor Nathalie Richard (Never Let Me Go, Hidden, Jeune et Jolie) and newcomer Talid Ariss in his first major English language role. The film will be released in cinemas in the UK and Ireland on 7 May 2021.

In AFTER LOVE, Mary Hussain (Joanna Scanlan), who converted to Islam when she married and is now in her early 60s, lives quietly with her husband Ahmed. Following his unexpected death, she suddenly finds herself a widow. A day after the burial, she discovers that Ahmed had a secret life just twenty-one miles away from their Dover home, across the Channel in Calais. The shocking discovery compels her to go there to find out more, and as she grapples with her shattered sense of identity, her search for understanding has surprising consequences. 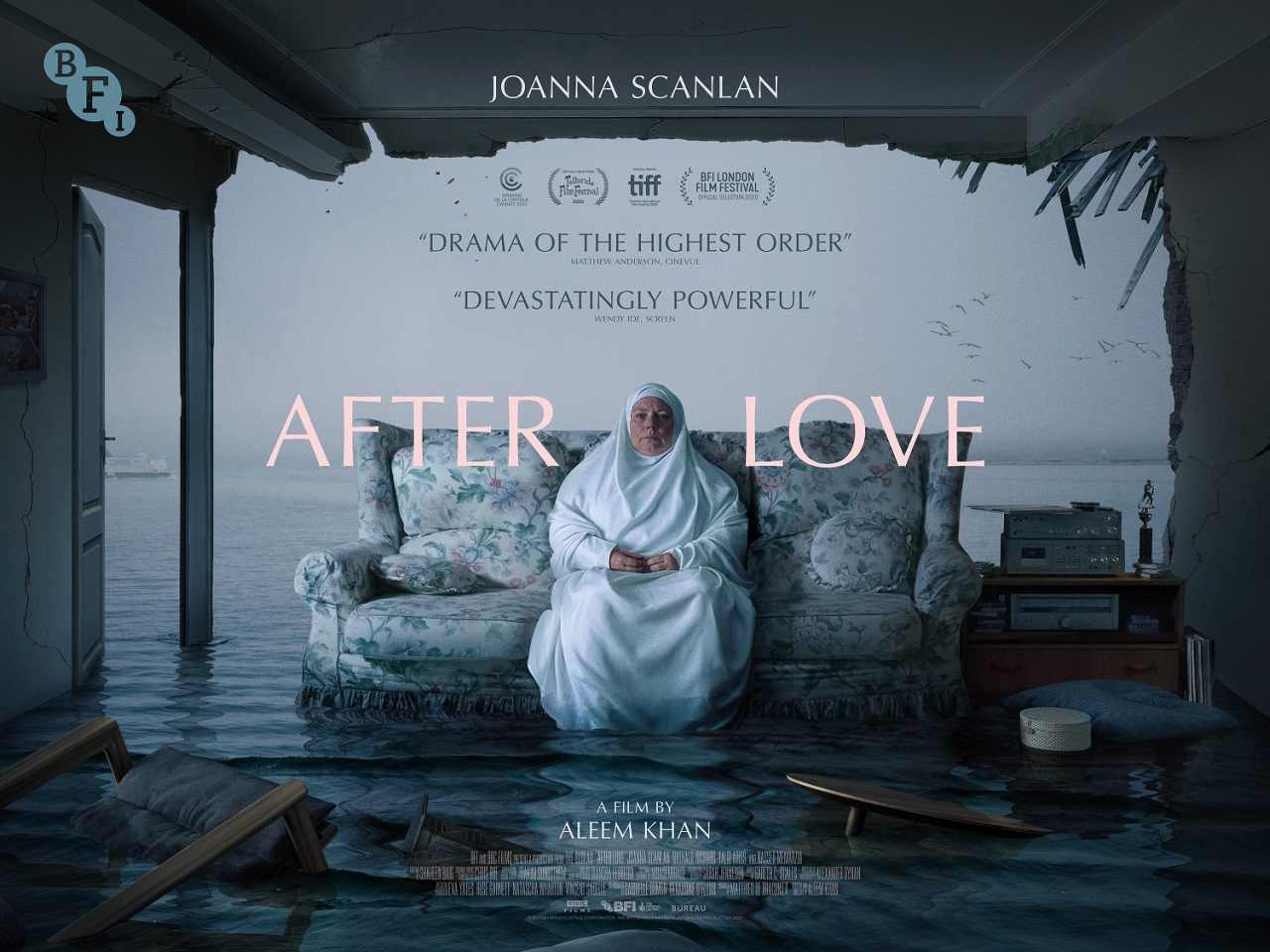 AFTER LOVE had its world premiere screening to much acclaim at the 2020 BFI London Film Festival. Aleem Khan was shortlisted for the IWC Schaffhausen Filmmaker Bursary Award in association with the BFI which was presented during the festival. The film was awarded the Cannes 2020 Critics’ Week label, followed by selection for Telluride 2020, TIFF Industry Selects and Rome Film Festival Official Selection.

AFTER LOVE is a production from The Bureau, written and directed by Aleem Khan and produced by Matthieu de Braconier. The film was developed by the BFI, BBC Film and initially by Creative England through BFI NETWORK and was further supported by the Sundance Institute Feature Film Program. It was supported through production by BBC Film and the BFI, using funds from the National Lottery.

This website uses cookies to improve your experience while you navigate through the website. Out of these cookies, the cookies that are categorized as necessary are stored on your browser as they are essential for the working of basic functionalities of the website. We also use third-party cookies that help us analyze and understand how you use this website. These cookies will be stored in your browser only with your consent. You also have the option to opt-out of these cookies. But opting out of some of these cookies may have an effect on your browsing experience.
Necessary Always Enabled
Necessary cookies are absolutely essential for the website to function properly. This category only includes cookies that ensures basic functionalities and security features of the website. These cookies do not store any personal information.
Non-necessary
Any cookies that may not be particularly necessary for the website to function and is used specifically to collect user personal data via analytics, ads, other embedded contents are termed as non-necessary cookies. It is mandatory to procure user consent prior to running these cookies on your website.
SAVE & ACCEPT
MORE STORIES
Bollywood