Trapped outside the boundaries of time and space – 102 aircraft… 6,000 men… all missing.

The time is now. The place is aboard the U.S.S. Nimitz, America’s mightiest nuclear-powered aircraft carrier on maneuvers in the Pacific Ocean. 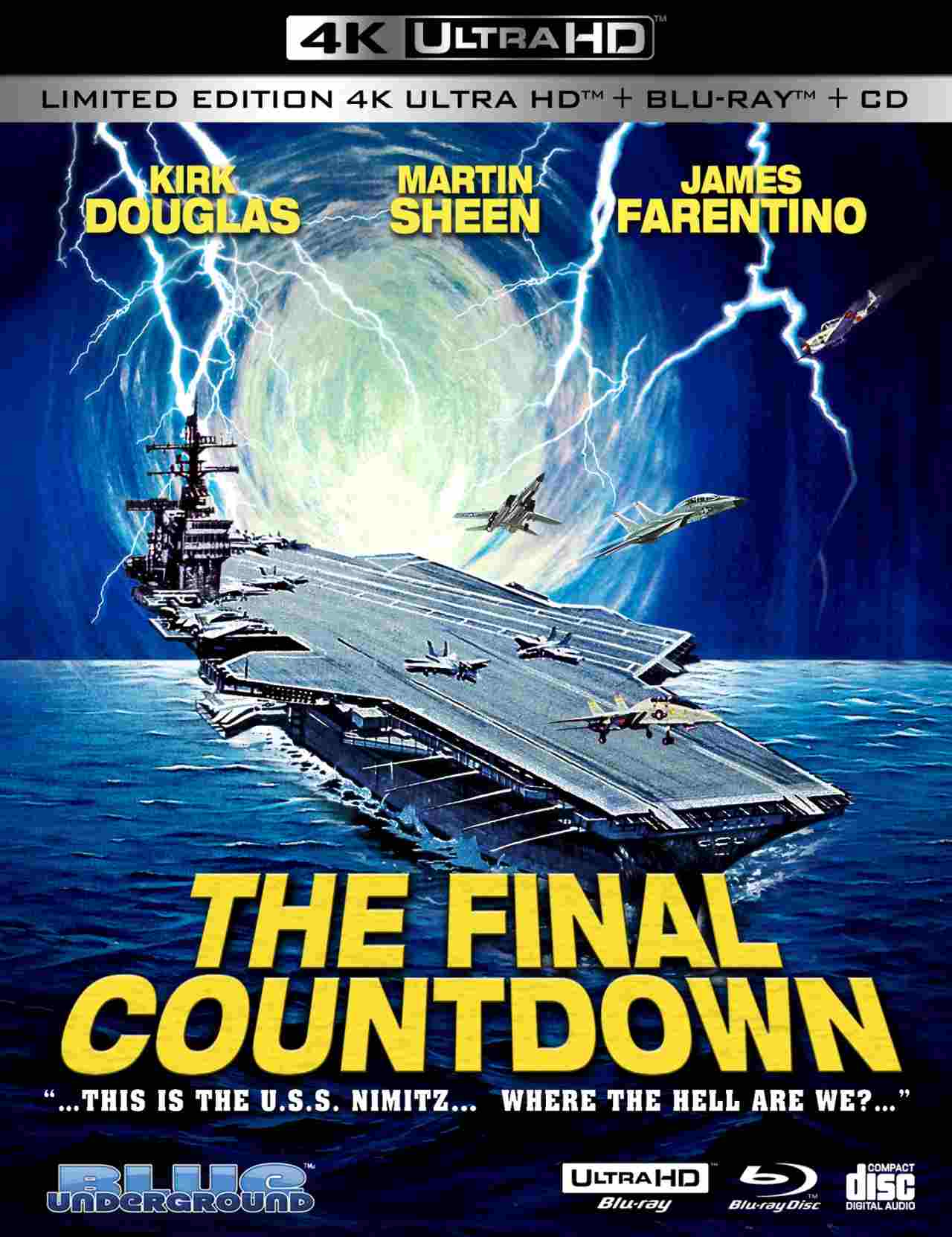 Suddenly, a freak electrical storm engulfs the ship and triggers the impossible: The Nimitz is hurtled back in time to December 6, 1941, mere hours before the Japanese attack on Pearl Harbor. As the enemy fleet speeds towards Hawaii, the warship’s Captain (Kirk Douglas), a Defense Department expert (Martin Sheen), a maverick Air Wing Commander (James Farentino) and a desperate Senator in the Roosevelt administration (Charles Durning) must choose between the unthinkable. Do they allow the Japanese to complete their murderous invasion, or launch a massive counterstrike that will forever change the course of history?

Katharine Ross and Ron O’Neal co-star in this spellbinding sci-fi action hit filmed on location aboard the U.S.S. Nimitz with the full participation of the U.S. Navy and the ship’s crew. Now Blue Underground is proud to present THE FINAL COUNTDOWN in a stunning new restoration, scanned in 4K 16-bit from the original 35mm camera negative, with Dolby Vision HDR and Dolby Atmos audio, for the ultimate in explosive home theater excitement!