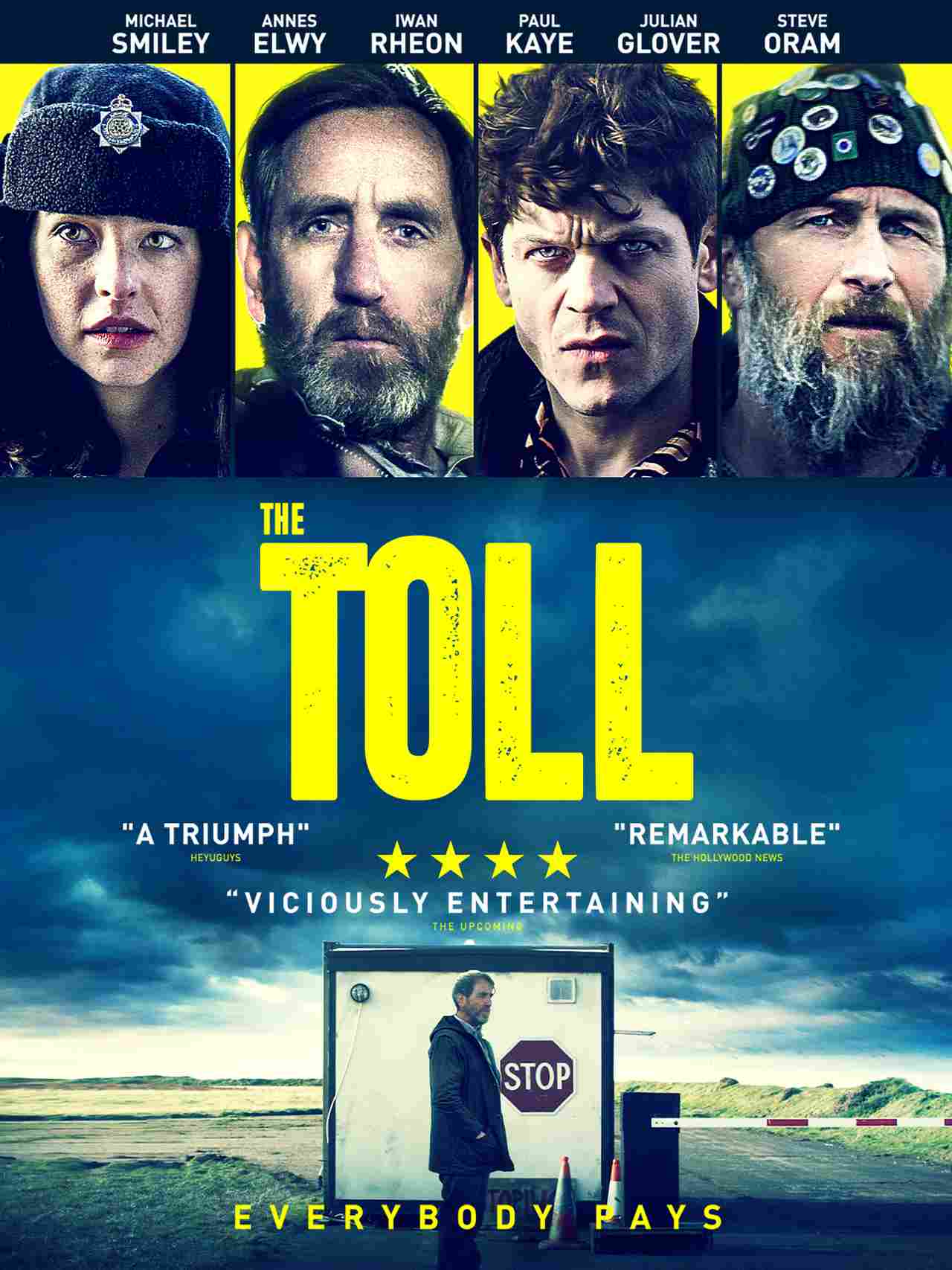 On the Pembrokeshire border, a man (Smiley) working solo shifts in the quietest toll booth
in Wales, hides from a criminal past where nobody would ever look. As his past actions
catch up with him and his peace is shattered, he enlists the help of local ne’er-do-wells
and oddballs, including a female Elvis impersonator, rampaging triplets and disgruntled
sheep farmers, while village police officer Catrin (Elwy) grows increasingly suspicious…

With an all-star cast of British talent, The Toll is a deliciously dark journey into the wild
west of Wales from debut director Ryan Andrew Hooper. The Toll stars Michael Smiley,
Iwan Rheon, Paul Kaye, Annes Elwy, Steve Oram (Sightseers) and Julian Glover (The
Empire Strikes Back, For Your Eyes Only).