The “Maniac Cop” is back from the dead and stalking the streets of New York once more. Officer Matt Cordell was once a hero, but after being framed by corrupt superiors and brutally assaulted in prison, he sets out on a macabre mission of vengeance, teaming up with a vicious serial killer to track down those that wronged him and make them pay… with their lives!

MANIAC COP 2
You Have The Right To Remain Silent… FOREVER! 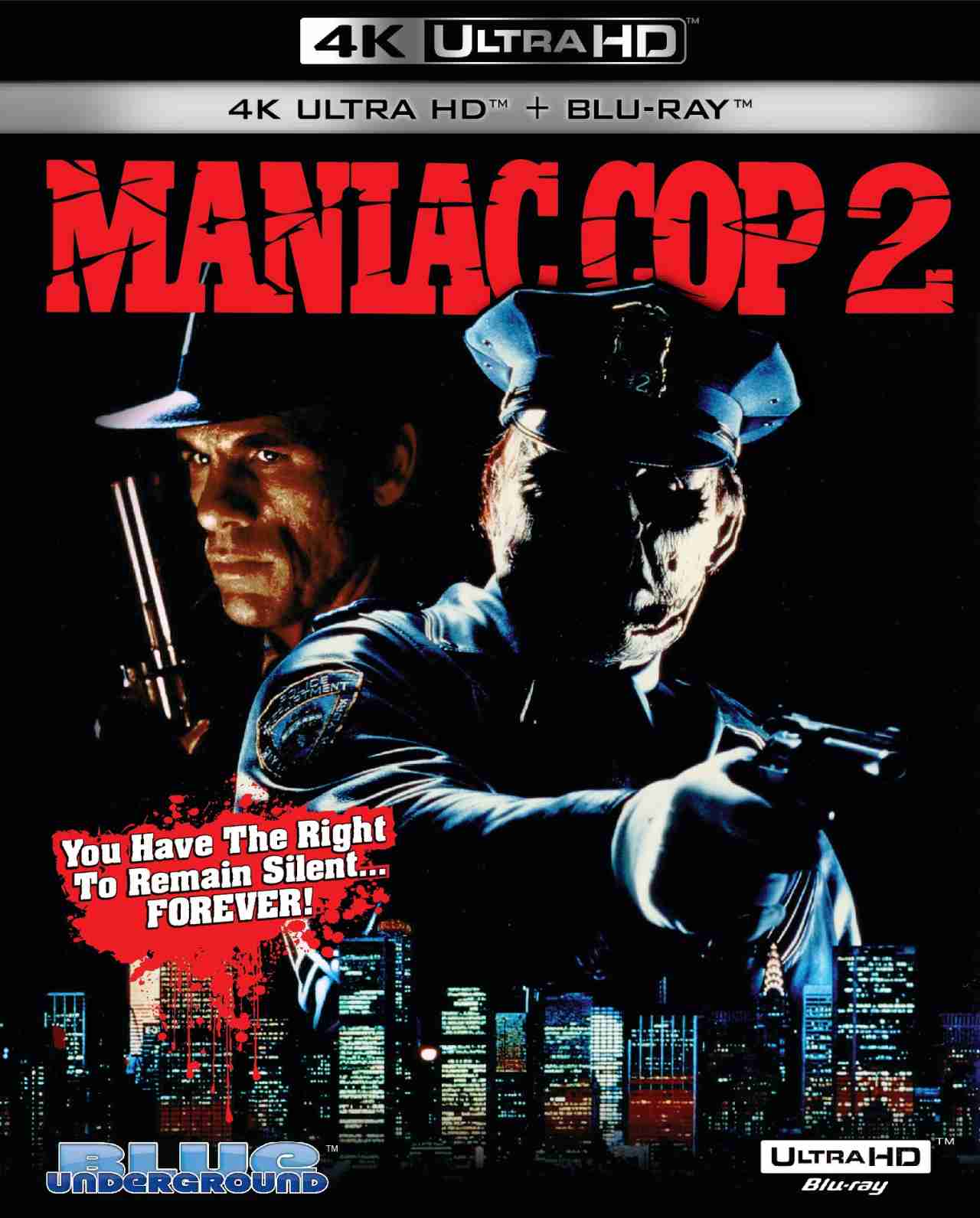 Now Blue Underground’s stunning restoration of MANIAC COP 2, scanned in 4K from the original camera negative and supervised by Director of Photography James Lemmo (VIGILANTE), is presented with Dolby Vision HDR and a new Dolby Atmos audio mix for this definitive presentation!

MANIAC COP 3: Badge Of Silence
The Wrong Arm Of The Law Is Back!

When Officer Kate Sullivan storms a hostage situation, the whole incident is captured on tape by an unscrupulous media crew who edit the footage to show Kate killing a helpless victim. Now in a coma, Kate’s only hope is Detective Sean McKinney, who desperately tries to clear her name. But unbeknownst to him, “Maniac Cop” Matt Cordell takes it upon himself to exact revenge upon those responsible for smearing her name.