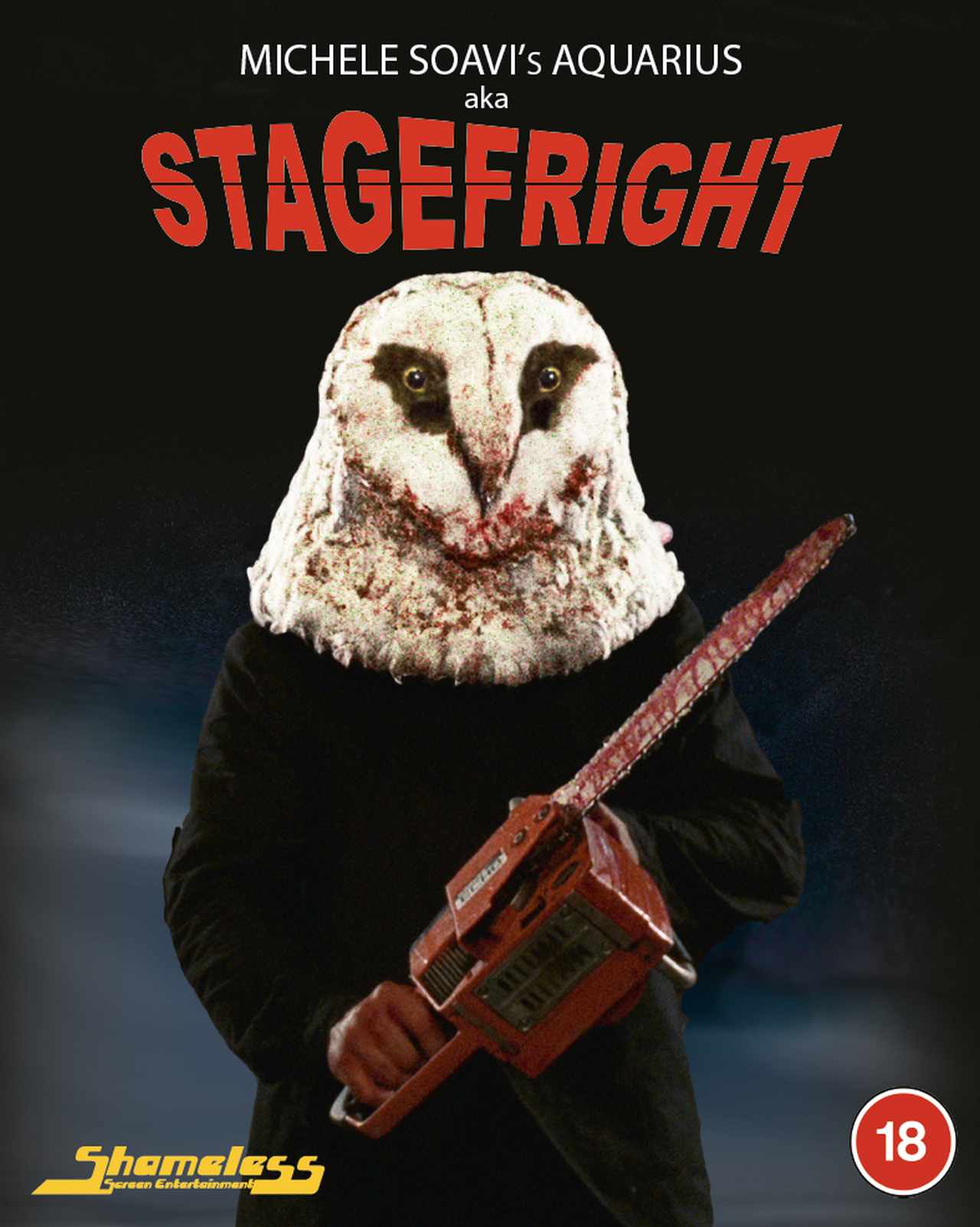 When a masked killer infiltrates a group of actors rehearsing overnight in an isolated theatre, the stage is set for carnage! Featuring an abundance of over-the-top kills and spills, shot with Soavi’s typical style, marvel at the mayhem as the iconic chainsaw wielding ‘Owl Man’, delivers a bloodsoaked performance for the ages.

From one of the masters of Italian horror, Stagefright is at the pinnacle of 80s slashers. Michele Soavi was schooled by Dario Argento and Terry Gilliam and his beloved first feature can now finally be seen as intended, with this edition further benefiting from the director’s colour grading and framing indications given during a candid interview filmed exclusively for this release.