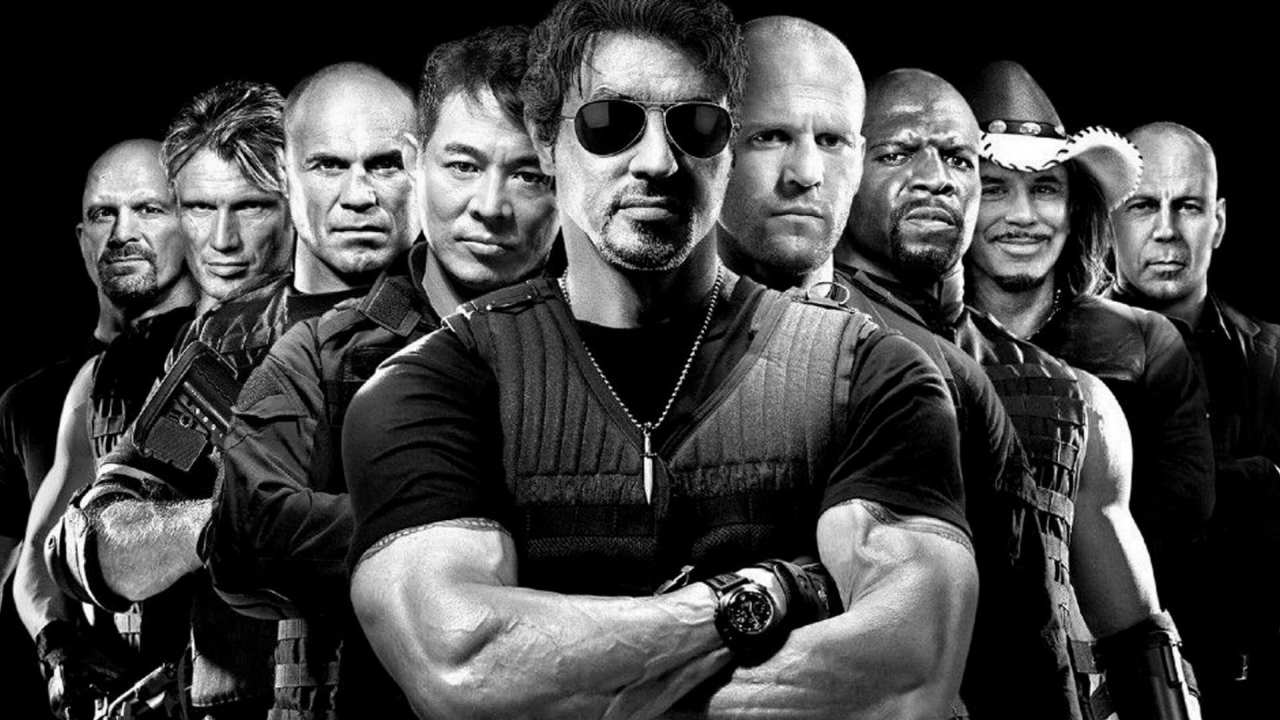 The Expendables is billed as the greatest action stars ever assembled in one movie, and you can see why. Fans have been salivating from the expendables movie trailers alone, with Sylvester Stallone (Rocky, Rambo), Dolph Lundgren (Universal Soldier), Jet Li (Hero), Arnold Schwarzeneggar (Terminator), Bruce Willis (Die Hard), Mickey Rourke (The Wrestler), Jason Statham (Lock, Stock and Two Smoking Barrels) not to mention Terry Crews (Everybody Hates Chris) and Randy Couture (Red Belt), a MMF (Mixed Martial Arts) superstar in his own right, this is a feast for action fans of the last 20 years. 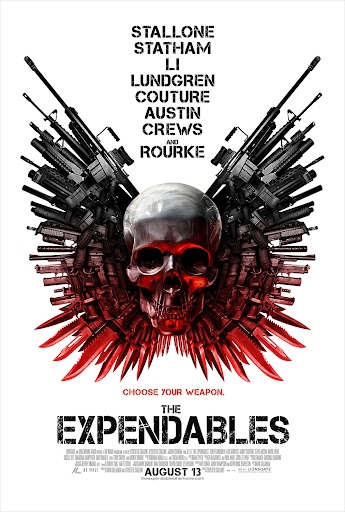 Once there, they meet with local rebel Sandra and discover the true nature of the conflict engulfing the city. When they escape the island and Sandra stays behind, Ross must choose to either walk away and save his own life – or attempt a suicidal rescue mission that might just save his soul.

We join the movie as Barney Ross and his men intercept a boat load of pirates holding some Americans hostage, the inevitable shoot out goes in favour of our heroes, except that Gunner Jensen played by Dolph Lundgren is a little too eager to hang one of the pirates, Ying Yang played by Jet Li attempts to stop him, but it takes Barney Ross played by Stallone to place a gun to his head to make him stop. This sets the stage for Jensen being the loose canon of the group.

The plot is that a rogue CIA operative James Munroe played by Eric Robers, is distributing drugs via Bolivia into the U.S. after getting a certain General Garza played by David Zayas (Dexter) to do his bidding. One of the CIA heads Mr. Church played by Bruce Willis has hired Ross to get rid of him, albeit off the books, he also sent the same mission to Trench played by Arnold Schwarzenegger, and the two superstars have a little on screen feud that is reminiscent of their movie feuds for the last 20 – 30 years, as Trench walks away after declining the mission Church asks Ross what his problem his, to which Ross replies sarcastically “He wants to be president”. Ross agrees with his band of men to take the mission, and he must now convince his men to also accept the mission regardless of the danger.

Ross and Lee Christmas played by Jason Statham go on an initial exploration to Bolivia, pretending to be wild life naturalists, they meet their contact Sandra played by the gorgeous Giselle Itié, who happens to be the general’s daughter, and inevitably the soldiers arrive for an encounter (I believe in this particular fight scene Stallone mentioned he needed surgery for damage to his neck, and you can see why), as always the action scenes are brutal, and fans of Jason Statham’s movies won’t be disappointed. 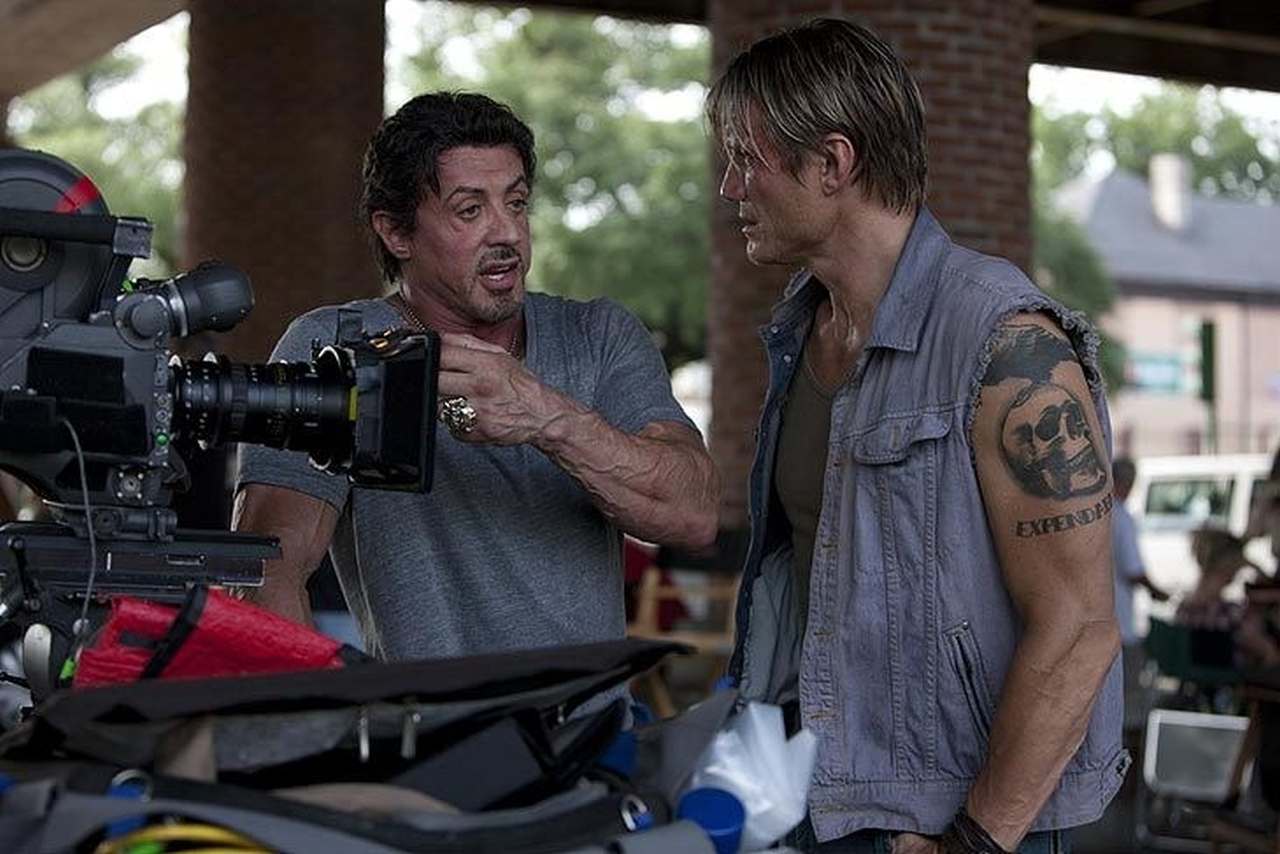 Ross and Christmas escape via the plane they brought in, but Sandra is taken hostage, and Munroe intends to find out from her who were these men that killed most of his men, and why she has gone against him. Despite the fact that she is the general’s daughter the signs are looking ominous for her, unless Ross and his gang are willing to return to Bolivia, rescue her and put and end to Munroe’s drugs campaign. 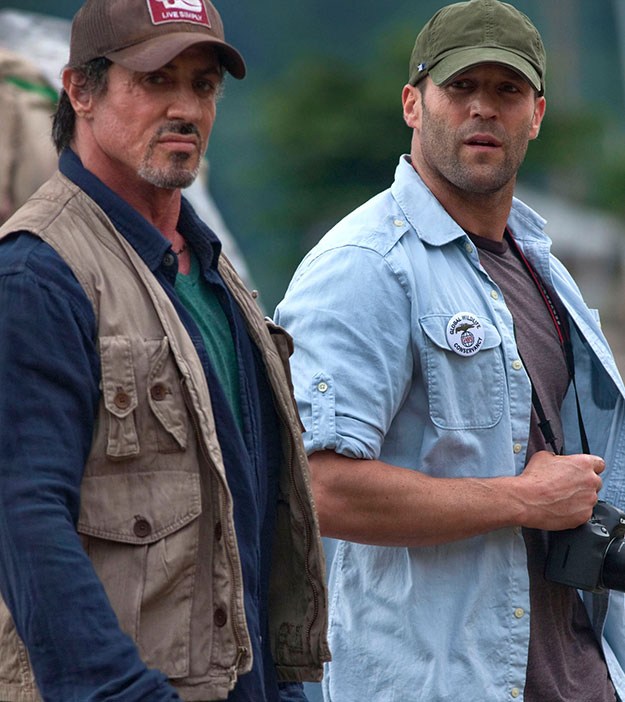 The Expendables as all action movies go is a treat for the fans, not so much for the plot but the assembly of casts many wouldn’t think their demands or egos would allow them to share the screen with their contemporaries. Much of the melancholy of their lifestyle is envisaged by the stalwart Mickey Rourke who plays Tool, a tattoo artist and former member of Ross’s gang, who has a lifetime of regret for some of the things he had to do. Already there is talk of a sequel, with Stallone asking fans what they would like to see in it.