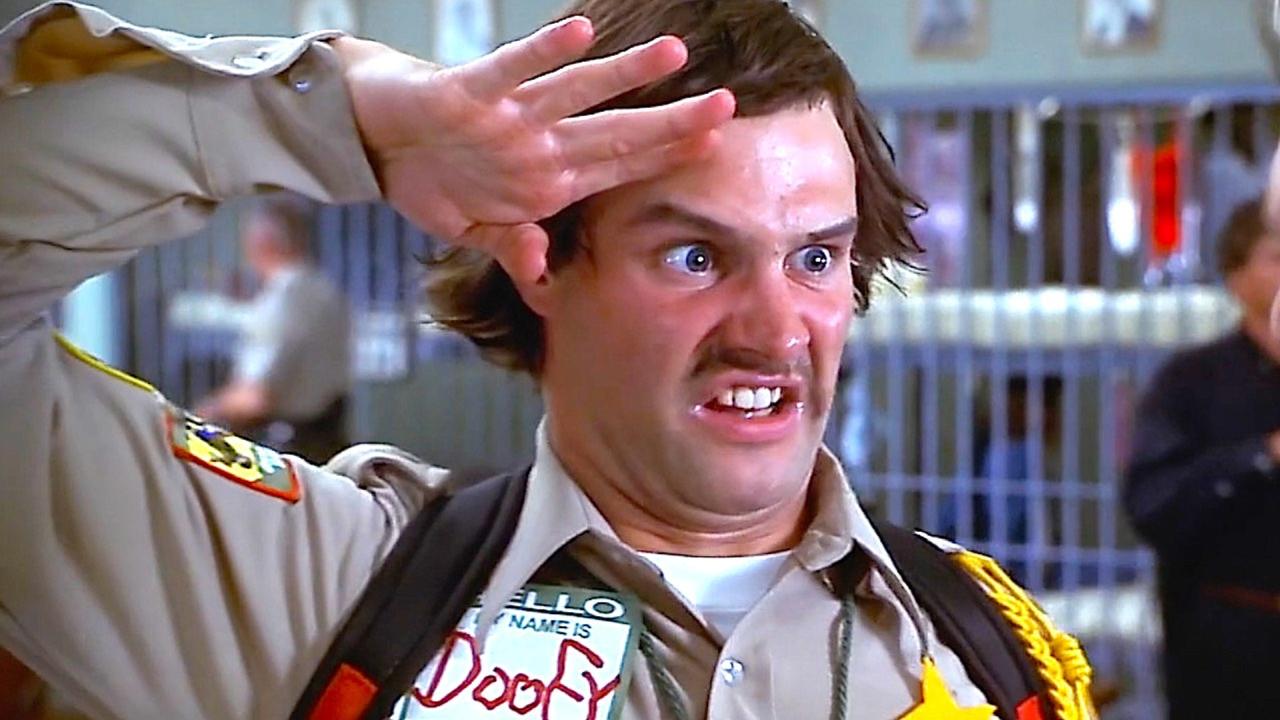 There’s probably no other profession as glorified by Hollywood as a police officer, detective, FBI agent, or inspector. And though we all understand that the reality of these occupations isn’t all that exciting (okay, they do have their unbelievable stories and blood-curdling tales), the way they are portrayed in the movies gives any thrill-seeker satisfaction. – Boredpanda.com

There’s the factor of a mystery (often in the form of a heinous crime), the constant danger stepping on our protagonist’s heels, and action that often defies any and all human abilities. The more unbelievable the action is, the better! Also, as with any profession, there’s a fair share of humor that’s so very often unique and unexpected. So, if you are looking for just the right movie that checks all the criteria above, you’ve come to the right place. Just a few scrolls below, you’ll find a very thorough list of cop movies that aren’t just grim and action-filled but also hilariously funny.

There are a few genre classics from the ‘70s and the ‘80s, but we also didn’t forget to include the most recent movies that have been freshly released to the screens. Of course, there are also iconic action movie actors like Jackie Chan and Bruce Willis. Still, if you’re looking for some more unexpected performances, there’s also one starring Beyonce Knowles. With such diversity, you’ll definitely be able to pick a cop movie that caters to your taste the best! So, check the list below, read the descriptions here to help you choose, and pick your next favorite movie. Don’t forget which of these movies is your number 1, and share this article with your friends!

Storyline: A skilled London police officer, after irritating superiors with his embarrassing effectiveness, is transferred to a village where the easygoing officers object to his fervor for regulations, as a string of grisly murders strikes the town.

Storyline: A loyal and dedicated Hong Kong Inspector teams up with a reckless and loudmouthed L.A.P.D. detective to rescue the Chinese Consul’s kidnapped daughter, while trying to arrest a dangerous crime lord along the way.

Storyline: A freewheeling Detroit cop pursuing a murder investigation finds himself dealing with the very different culture of Beverly Hills.

Storyline: A pair of underachieving cops are sent back to a local high school to blend in and bring down a synthetic drug ring.

Storyline: A group of good-hearted, but incompetent misfits enter the police academy, but the instructors there are not going to put up with their pranks.

Storyline: Two mismatched New York City detectives seize an opportunity to step up like the city’s top cops, whom they idolize, only things don’t quite go as planned.

Storyline: Two struggling pals dress as police officers for a costume party and become neighborhood sensations. But when these newly-minted “heroes” get tangled in a real life web of mobsters and dirty detectives, they must put their fake badges on the line.

Storyline: Carter and Lee head to Hong Kong for a vacation, but become embroiled in a counterfeit money scam. 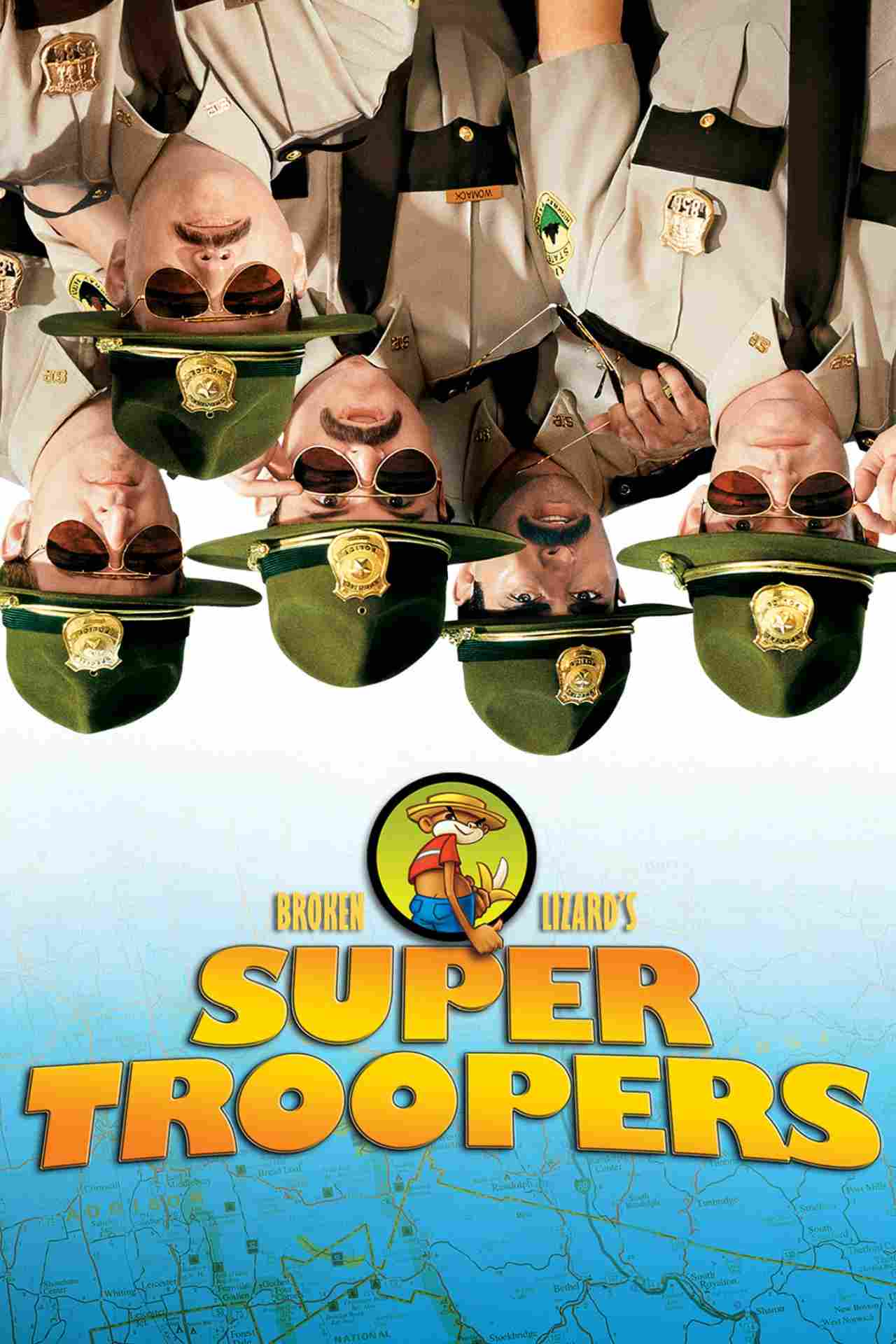 Storyline: Five Vermont state troopers, avid pranksters with a knack for screwing up, try to save their jobs and out-do the local police department by solving a crime.

Storyline: A detective must adopt a rambunctious dog in order to help him find a killer.

Storyline: A tough cop must pose as a kindergarten teacher in order to locate a dangerous criminal‘s ex-wife, who may hold the key to putting him behind bars.

Storyline: Security guard Ben must prove himself to his girlfriend’s brother, top police officer James. He rides along James on a 24-hour patrol of Atlanta.

Storyline: Two mismatched security guards are thrown together to bust a smuggling operation.

Storyline: Two hip detectives protect a witness to a murder while investigating a case of stolen heroin from the evidence storage room from their police precinct.

Storyline: As his wedding day approaches, Ben heads to Miami with his soon-to-be brother-in-law James to bring down a drug dealer who’s supplying the dealers of Atlanta with product.

Storyline: In order to protect a beautiful woman and her son from a robber, a male FBI agent disguises himself as a large grandmother.

Storyline: A hard-nosed cop reluctantly teams up with a wise-cracking criminal temporarily paroled to him, in order to track down a killer.