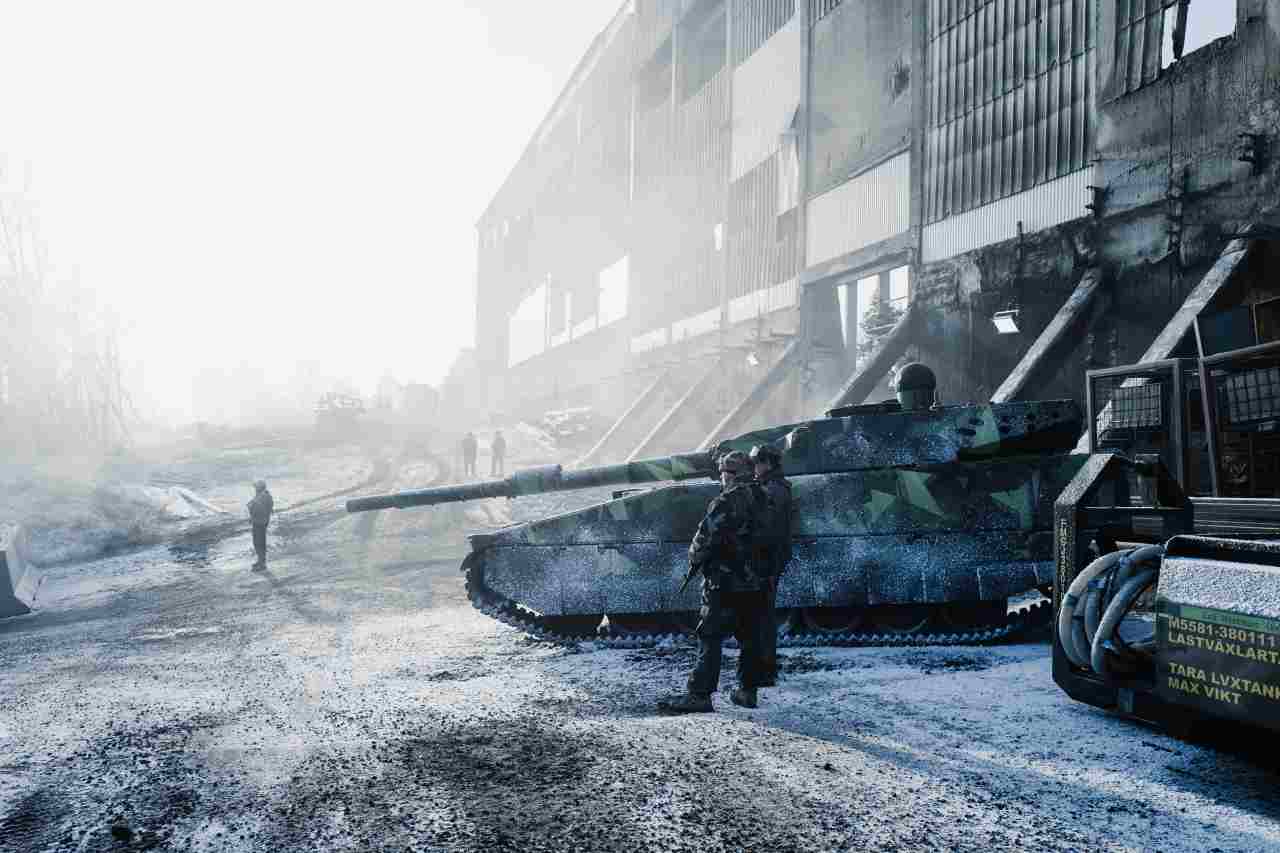 Netflix revealed the first images from the Swedish action thriller Black Crab, directed by Adam Berg. The film stars Noomi Rapace in the lead role and will launch globally on Netflix on March 18, 2022.

BLACK CRAB is a Swedish action thriller set in a post-apocalyptic world torn apart by war. During a long, harsh winter, six soldiers embark on a covert mission across a frozen archipelago, risking their lives to transport a mysterious package that could end the war. As they enter hostile enemy territory, they have no idea what dangers lie ahead or who—if anyone—they can trust.

But for speed skater turned soldier Caroline Edh, the mission is about something else entirely. Starring Noomi Rapace in a film directed by Adam Berg, BLACK CRAB follows six soldiers on a desperate mission to bring an end to the war which has destroyed their lives.