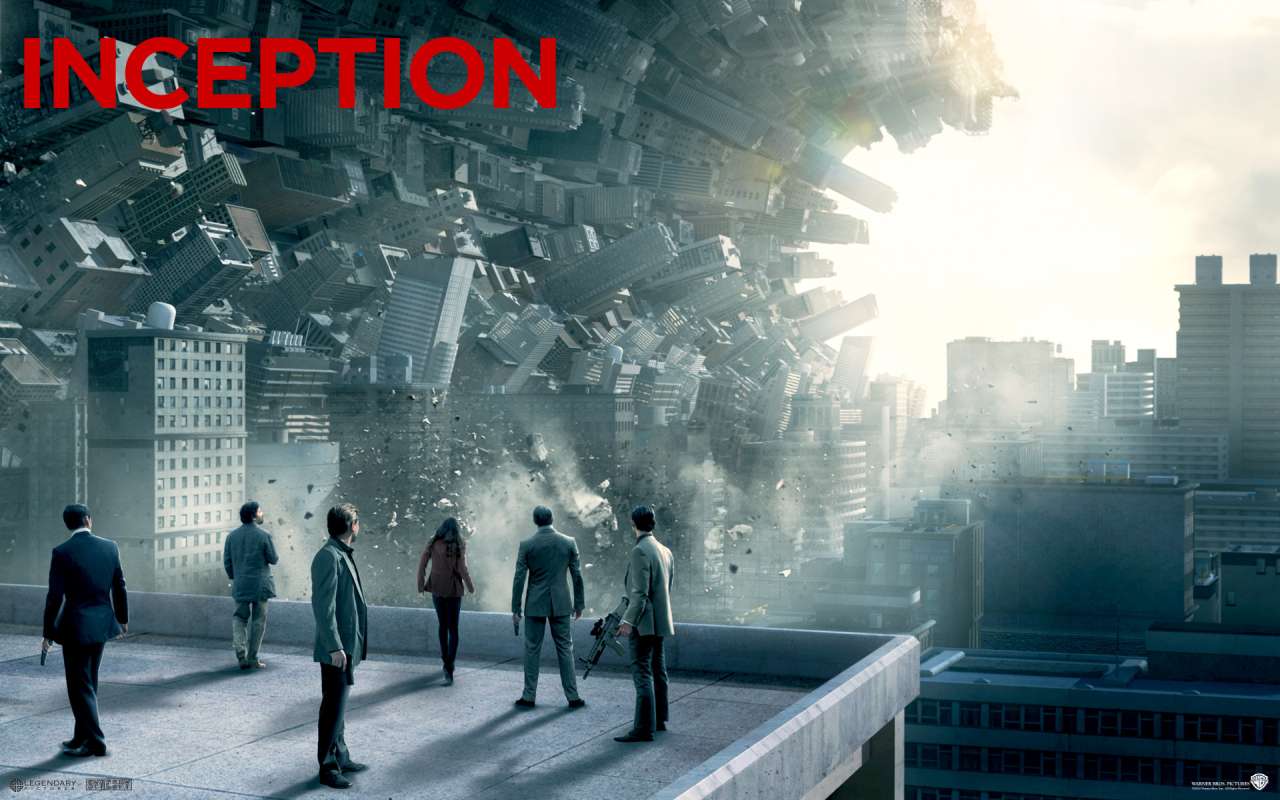 Inception literally means implanting an idea into a person’s mind and then controlling that idea through the mind of the recipient. Dom Cobb is one such implanter, who puts his victims into a world of dreams and then extracts information from their sub-conscious mind by letting his sub-conscious to enter that dream world. To know whether he is in the real or the dream world, Cobb spins a top.

Dom Cobb (very effectively played by Leonardo Di Caprio) is engaged by an Asian businessman Saito (Ken Watanabe) to use his special skills to implant an idea into the mind of Robert Fischer (Cillian Murphy), a young entrepreneur and son of Maurice Fischer (Pete Postlethwaite) an old adversary of Saito. The motive is to convince Robert to destroy the business empire set up by his old and ailing father.

To execute his plan, Cobb assembles a team that includes Arthur (Joseph Gordon-Leavitt), Ariadne (Ellen Page), Yusuf (Dileep Rao) and Eames (Tom Hardy). The team members are experts in their own way and each has a role complimenting the other. To trap a target, a web of dreams is woven with all the team members creating their own dream world.

The difficult part is that if one falters or an external element disrupts the implementation of one member’s dream world, the whole process abruptly halts and the failed member has the horrifying chance of going into a limbo, meaning he is imprisoned in the dream world for a long time. To protect each other, every member backs other and to wake up a member the other has to apply mental kicks. This incidence is seen in many top movies.

When Maurice dies in Sydney, Saito and the team return to Los Angeles. On the same flight is Robert, who is drugged by the team and made to enter the dream world of Yusuf. But a strong subconscious of Robert retaliates and Saito is badly hurt when the thought process of Cobb is disrupted by his deceased wife Mal (Marion Cotillard) and Cobb goes into limbo. Fischer has concluded that his father wanted him to be his own master and breaks up the empire of his father. Cobb who is still in limbo finds an old Saito and finally wakes up in the plane to find that everything is normal, just like it happens in the top rated movies.

The psychological traits of the human mind are very aptly exploited by Christopher Nolan, a worthy director of many top 10 movies. If he had the mission of playing mind games with the viewers, no doubt he succeeds completely. Despite not having any fight scene, no racy dialogues and no gun fire, the movie is explosive. It blows your mind away. What Dracula was successful in doing, Nelson has succeeded twice in doing. Letting fear for darkness go into the mind of the viewer. The big difference is that Dracula’s darkness was visible, Nolan’s darkness is invisible. And that induces more fear.

The fear may go away with passage of time, but Cobb is not going to fade away that easily.