STUDIOCANAL marks the 10th Anniversary of Tomas Alfredson’s BAFTA winning TINKER TAILOR SOLDIER SPY. JOHN LE CARRÉ’S classic tale of treachery and espionage will be available in 4k on UHD for the first time 6 December 2021. The anniversary 4k UHD release will feature a stunning new artwork by artist Matt Taylor revealed to media today. New bonus features will include Tomas Alfredson in conversation with Mark Kermode, with video essays on the film by UK critics Jason Solomons and Matthew Sweet. 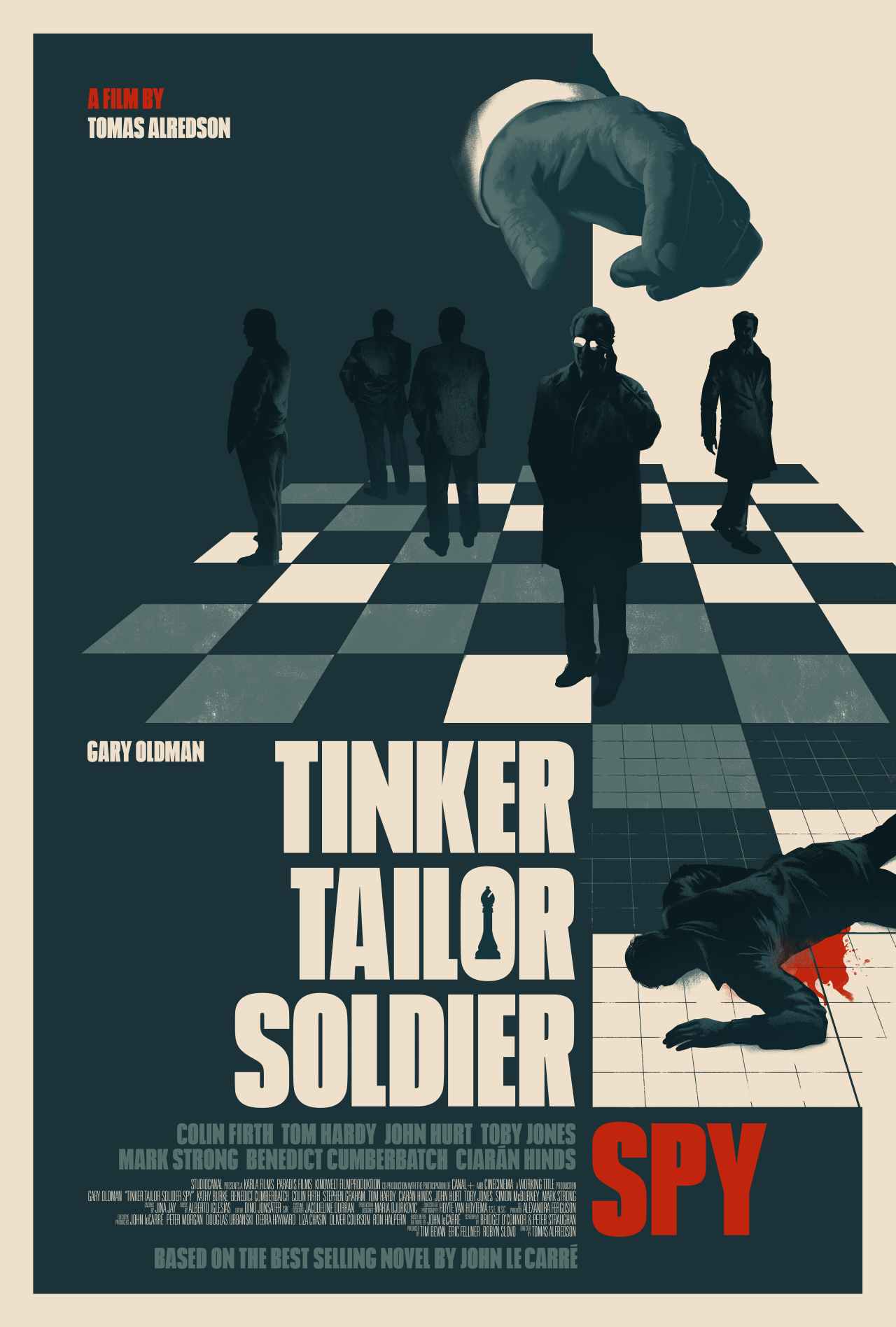 A celebratory Q&A event will take place in London 24 November 2021 with tickets now on sale. You can book to see Tomas Alfredson and guests in person at The Regent Street Cinema by clicking below. The Q&A will be followed by a limited UK Theatrical release.

Please find a link to buy tickets for the event  HERE.

Speaking about the film in a 2011 statement JOHN LE CARRÉ commented “The film, through my very personal prism, is a triumph. And if people write to me and say, ‘How could you let this happen to poor Alec Guinness,’ I shall reply that, if ‘poor Alec’ had witnessed Oldman’s performance, he would have been the first to give it a standing ovation. It’s not the film of the book. It’s the film of the film, and to my eye a work of art in its own right. I’m very proud to have provided Alfredson with the material, but what he made of it is wonderfully his own.”

Set in the 1970s, TINKER TAILOR SOLDIER SPY finds George Smiley (Gary Oldman), a recently retired MI6 agent, doing his best to adjust to a life outside the secret service. However, when a disgraced agent reappears with information concerning a mole at the heart of the Circus, Smiley is drawn back into the murky field of espionage. Tasked with investigating which of his trusted former colleagues has chosen to betray him and their country, Smiley narrows his search to four suspects – all experienced, urbane, successful agents – but past histories, rivalries and friendships make it far from easy to pinpoint the man who is eating away at the heart of the British establishment.

Operation Mincemeat (2022) Behind the Scenes Images