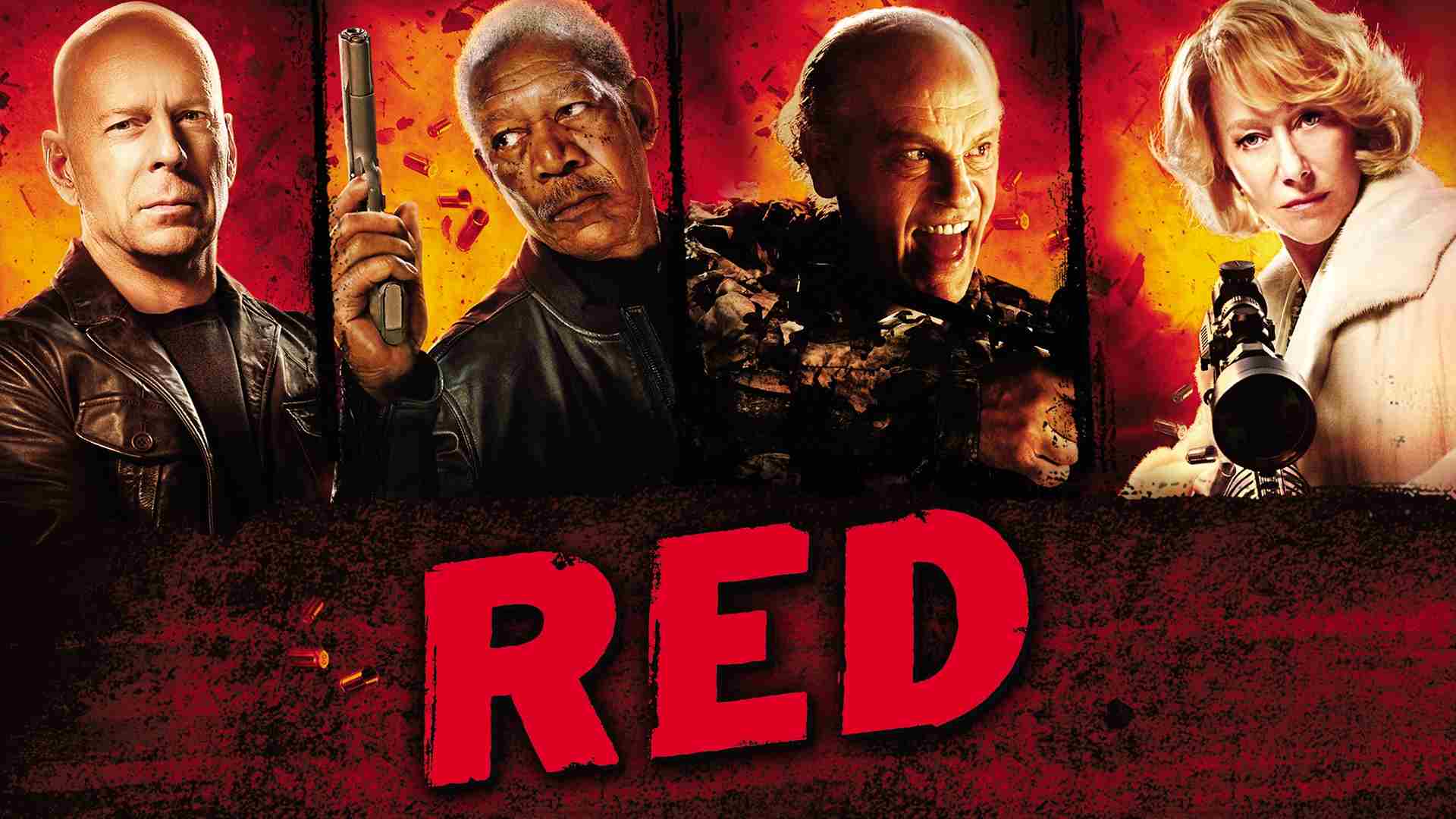 Movie reviews this week looks at the movie Red. Red is a crime and action thriller with a splendid cast starring Bruce Willis (the Sixth Sense) as Frank Moses, the very dependable Morgan Freeman (The Shawshank Redemption) as Joe Matheson, Helen Mirren (The Queen) as Victoria, Mary-Louise Parker (with the same funny charm in Weeds, something about her eyes reminds me of a deer caught in headlights) as Sarah Ross, and Richard Dreyfuss ( many had to do a double take for his uncanny portrayal of Senator Cheney in W) as Alexander Dunning.

We join Red as Frank is talking to a Pensions Adviser (Sarah), we sense from their conversations, that the two like talking to each other, Frank mentions about an avocado plant that has two leaves, to which Sarah sounds elated at, we presume that this is a long distance romance that has been going on for some time, albeit via phone calls only. The two talk about a book that they have been reading, we are not quite sure who recommended the book to each other, and we see them later tuck themselves into bed, reading the same book.

Later that night Frank is attacked, by what looks like a SWAT (Special Weapons And Tactics) team, we are not quite sure, if this is a dream, as Frank dispatches them with relative ease, but when we next see him in Sarah’s apartment telling her that she is in danger because she spoke to him, and that from their conversations it is obvious that he likes her, we realise this is real, and we also realise that this is the first time, Frank and Sarah have met, as Frank says this is not how he pictured their first meeting would be like, to which Sarah replies, “I always pictured you with hair…now none of our dreams have come true”.

It turns out Frank is a retired CIA agent, i.e. RED (Retired Extremely Dangerous). Frank had taken part in a rescue mission in Guatemala, and for some reason all the people associated with that mission are being executed, a journalist who discovered this, and the list of the names of the people involved in the Guatemalan incident, is herself executed, when Frank and Sarah find the list of names, it is no surprise that Frank’s name is on the list.

Frank visits his old friend Joe to find out if he knows who could be behind it. They gather up some of their old comrades, with an eccentric Marvin Boggs played by the dependable John Malkovich (Con Air), and Ivan Simanov played by the stalwart Brian Cox (X Men 2). Frank visits him in his Russian Embassy stronghold, and the two get into a nostalgic chat about the good old days of the Cold War, there is a hilarious conversation where Ivan asks about a cousin he believes Frank killed, to which Frank says he didn’t kill him, but flipped him (i.e. turned him to the CIA’s side), and that he now weighs 500 pounds. Matters are made complicated as a young CIA operative William Cooper played by Karl Urban (His performance as Bones in Star Trek is simply phenomenal, had Bone’s mannerisms to a fine art) has been ordered to eliminate Moses.

Red is a great action thriller, with plenty of romantic comedy thrown in the mix, and one many will enjoy, especially with the great cast involved, and a cameo by the great Ernest Borgnine as Henry, the Records Keeper.