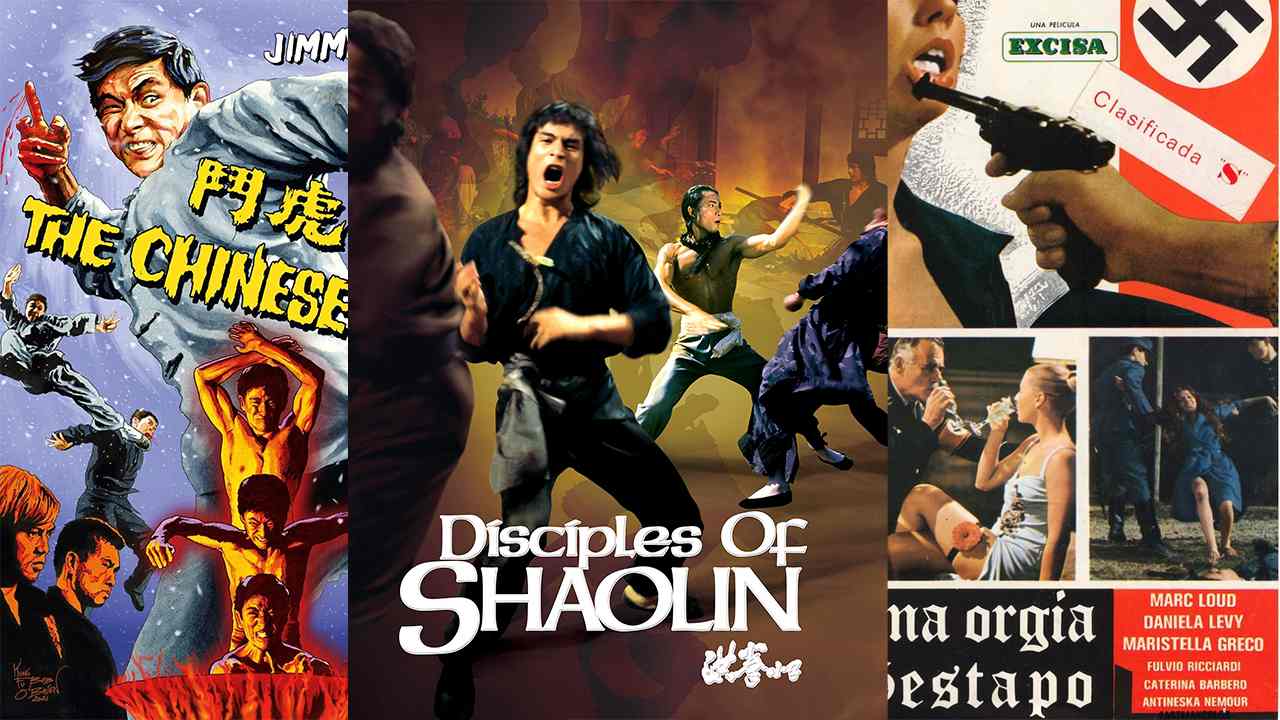 88 Films has long become the favored British and now US distributor for those who like unpretentious and unapologetically outrageous entertainment. From remastering a number of forgotten frighteners in crisp HD for the 88 ‘Slasher Classics’ range to bringing the best of Italian horror back to the mainstream, and even re-introducing Hong Kong genre mania back to the country’s shelves, they continue to create a world of high quality shock and awe for movie-addicts across the world to collect and cherish.

“For the last decade 88 Films has been one of the leading physical media collector’s labels in the UK specializing in cult film releases packed with bonus features in beautiful packaging, “said Eric D. Wilkinson, Director of Home Video Sales and Acquisitions for MVD Entertainment Group. “For years, consumers here in North America had to import these releases if they wanted to add them to their collections, but all of that is about to change. MVD is the leading independent distribution partner of physical media collector’s labels, and we not only proudly welcome 88 Films to our family but are thrilled to help introduce 88 Films to American consumers.”

Richard Elliott, Managing Director of 88 Films, commented, “We are enormously excited to bring our 88 Films brand to the United States and in MVD we have found the perfect distribution partners. We will be releasing our usual fare of Slasher classics, Italian Genre titles and Martial Arts Cinema and we are so pleased to be joining the pantheon of amazing American indie blu-ray labels.”

Still banned in the UK as one of the infamous Video Nasties, in the tradition of The Night Porter, Salon Kitty and Salo only far more depraved comes perhaps the most notorious Nazisploitation epic of them all! Daniela Levy (aka Italian TV presenter and future UNICEF Goodwill Ambassador Daniela Poggi) stars as a beautiful young death camp prisoner forced into a nightmare of brutality, torment and sexual degradation.

From the golden age of Kung Fu movies, the legendary Shaw Brothers bring you an action-packed tale of revenge, mayhem and flying fists. When his martial arts school is viciously attacked by a rival gang of Japanese thugs, Lei Ming swears to bring them down with violent justice. Written, starring and directed by Jimmy Wang Yu, The Chinese Boxer (1970) is a fabulously fast-paced feature full of exquisite set-pieces and mind-blowing fight choreography.

A huge influence on the likes of Tarantino’s Kill Bill (2003) and Bruce Lee’s Fist of Fury (1972) this entertainingly savage story of resilience, skill and a battle against the odds, is one of the first true modern classics of the genre, focussing as it does on physical prowess and athletic proficiency over the more mythical elements of the wuxia era. An undoubted cult classic, this is a must for any serious collector of extreme Asian cinema and martial arts madness.

As well delivering some impressive martial arts set pieces, Disciples of Shaolin also provides a political punch, underlining the abuse of workers and the corruption of cruel bosses. Fast, fierce and thought provoking, this is a must for collectors of extreme Asian cinema.